Perhaps you’ve heard such a story:

Each of the aforementioned incidents is true. The first in New York and the latter two in Beijing, respectively.

This horrific-sounding phenomenon is not simple callousness, morbid curiosity or casual disregard for human life. These stories have been referred to for decades by psychologists as the Bystander Effect. According to this phenomenon, the tendency to intervene to aid a victim decreases as the number of people present increases. This definition alone can help explain why the Bystander Effect is more pronounced in urban areas where population density is much higher. In its simplest form, the phenomenon plays out as an internal monologue: “Oh, her? She’ll be fine. Someone will help. There’s all these people around. I have to get to my meeting, anyway.”

On #ThisDayInHistory in 1964, Catherine “Kitty” Genovese, 28, was stabbed to death near Queens, NY.

38 people saw or heard the incident, but did nothing to intervene. This later became known as the #bystandereffect. pic.twitter.com/2uZLlQ13yC

Of course, there are many reasons why someone might ignore someone else in need. Is there imminent danger to my person? Is there a clear narrative (e.g., girl ran into the street, girl got hit by car)? Is it within my capability to help? What is the proper course of action to help? What is the detriment to my own person if I help? Are there any apparent benefits to intervening?

It’s admittedly difficult to imagine passersby in Tokyo walking past someone in obvious, grave danger. The Bystander Effect, though, doesn’t just apply to life-threatening or horrifying events. In the world’s densest metropolis, there are plenty of opportunities for ignoring the troubles of others.

Statistically, it’s difficult to get rates of incidence of phenomena like the Bystander Effect. In an anecdotal sense, however, as a resident of Tokyo, I’ve stopped to help a number of individuals who’ve fallen to the ground and been ignored by passersby. They’ve collapsed suddenly or dropped slowly. Contents have spilled out of purses. I watched as an elderly man fell from his bicycle near a crosswalk and no one stopped. I watched as an elderly woman near Hachiko Exit in Shibuya tripped on a curb, fell face first onto the pavement, and a young man promptly swerved by her, his face glued to his phone. I’ve heard a multitude of similar stories from friends who constitute just a handful of Tokyo’s millions.

Is there imminent danger to my person? Is there a clear narrative? Is it within my capability to help? Are there any apparent benefits to intervening?

These kinds of small incidents may not be wholly unique to Tokyo, but that’s not the point. There are factors at play in Japan’s capital — the intersection of culture and behavior, that serve to exacerbate the Bystander Effect, despite all notions of Japanese public politeness and awareness of others.

From birth, Japanese people are ingrained to surveil others in social situations in order to maintain an undisturbed sense of public sanctity. Yet, this precedent doesn’t necessitate involving oneself in others’ fortunes or misfortunes. The pressures from person to person exist in the eyes and the mind, implicitly and silently. Drawing unwarranted attention to someone, even to give aid, may itself disrupt a situation further. And in Tokyo, where the crush of human bodies is so dense, many, many eyes are watching. 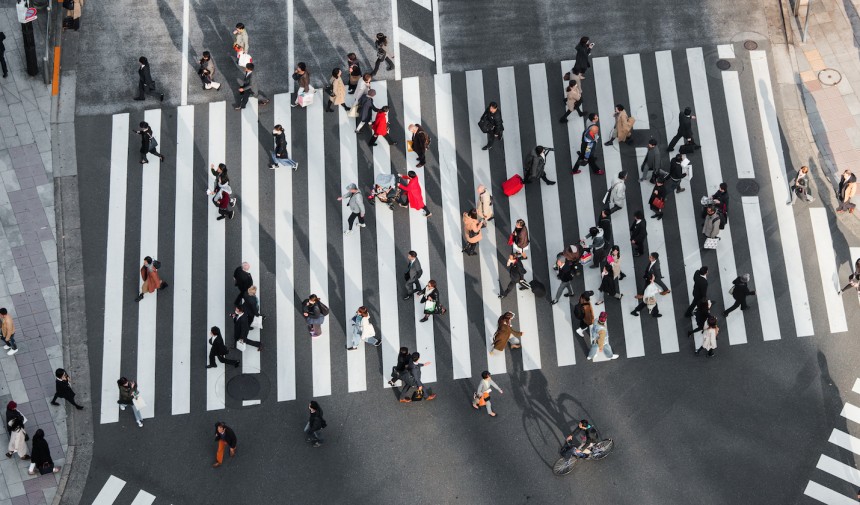 Why is it that people in cities are likely to walk past others in need?

There is the possibility of failure when giving aid. There are no explicit instructions for novel situations, and no one to guide action. People will look to each other and wonder what to do, and besides, many believe that things are best left in the hands of experts. The person being helped might be embarrassed if someone notices that they actually need help. All of these reasons are very much Japanese concerns, and can contribute to the strength of the Bystander Effect. Besides, in Tokyo it isn’t uncommon to see people passed out drunk on trains or benches, or even curbs. The difference between someone on a bender and someone in need might not be perfectly apparent.

City dwellers are also trained to have a higher stimulus threshold. In other words, they’re numb to noise. There is simply too much activity for the cerebral cortex to take in all of the time. Some adapt by opting out of society through headphones or, like the aforementioned young man, cell phones. These behaviors decrease the sensitivity people have towards their environment, and therefore increase the likelihood of sidestepping those in need, literally or figuratively. This is true whether or not someone has fallen off of a bicycle or ran into a busy street.

In the absence of vigilance, Tokyoites run the risk of defying one of the central tenets of Japanese society: public courtesy and mindfulness.

New York-born professional vagabonder with feet on continents and hands on yoga mats, beer mugs, and hoseback saddles. A daily-rewritten self.