Dashi in the spotlight

UPDATE: As of April 2019, Dashi Hide has officially closed its doors.

In French, the term je ne sais quoi refers to having an indecipherable quality — a certain ‘something’ — which makes something more attractive or mysteriously alluring. You can’t quite put your finger on it, and trying to verbalize it only serves to further your confusion.

Japan arguably possesses such je ne sais quoi. Washoku (traditional Japanese cuisine) is perhaps one of the most complex genres of food because of its simplicity. In washoku staples such as sushi and soba, the minimalistic approach may appear unassumingly straightforward. Yet, the simplicity of the ingredients is what allows the pure, unfiltered flavors to shine through, and unlock a deeper level of umami. Although it’s challenging to pinpoint the entire range of flavors within washoku, fundamentally, what lies at the heart of Japanese cuisine is dashi (stock). Dashi is an integral component of Japanese cooking as it underscores the umami factor and lifts the entire flavor of a dish. Usually dashi is found in hidden in noodle broths and soups. At newly opened restaurant Dashi Hide, however, the base ingredient takes the center stage. 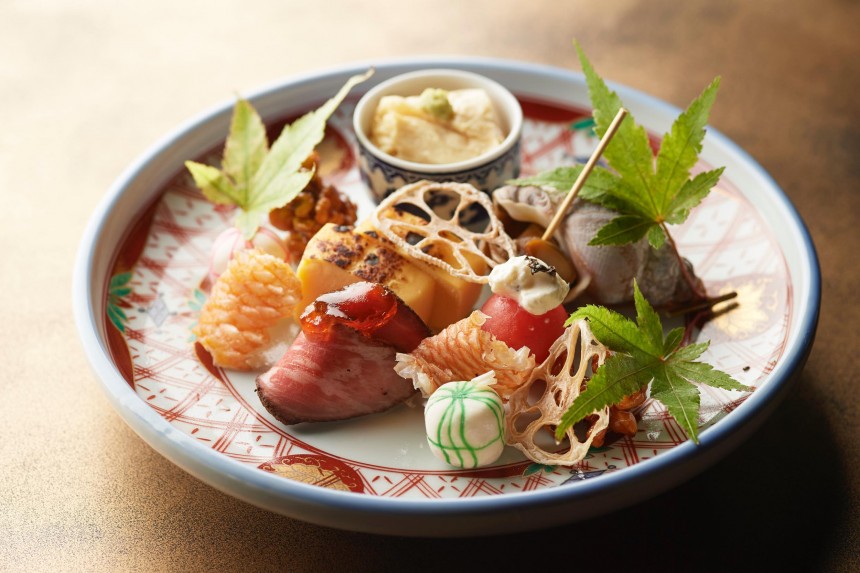 Dashi Hide Nishiazabu is the laid-back, affordable sister branch to its original counterpart Shu in Azabujuban. Duck behind the maroon tapestry with white calligraphy and take a seat along the sleek wooden countertop. The layout of the restaurant is simple, with a main counter facing the chef and a few private rooms to the side, sectioned off with bamboo frames and silk screens. Instead of traditional koto or shamisen music, soft jazz wafts through the overhead speakers as if one is dining at a quaint kissaten (traditional Japanese coffee shop). The concept of the eatery derives from the owner’s desire to pursue dashi specifically, since Shu dabbles in washoku cuisine in general. Singled out, the chefs feature the stock in an assortment of styles, as seen in its extensive menu (also available in English).

I began the night with a selection of appetizers. The collection features bite-sized samples of dashi, from dashimaki tamago (eggroll seeped with dashi), marinated tomatoes and white fish encased in dashi infused gelatin — a practice known as aspic. This culinary practice (popular in the Middle Ages and in middle class households in the 1950s) uses consomme or meat stock to create gelatin molds to preserve poultry or fish. At Dashi Hide, the chefs repurpose aspic to enable dashi to seep through the fish completely, giving it a burst of fresh dashi liquid with every bite. The nourishing bowl of clam broth which accompanies the appetizers caps off the first portion of the night. 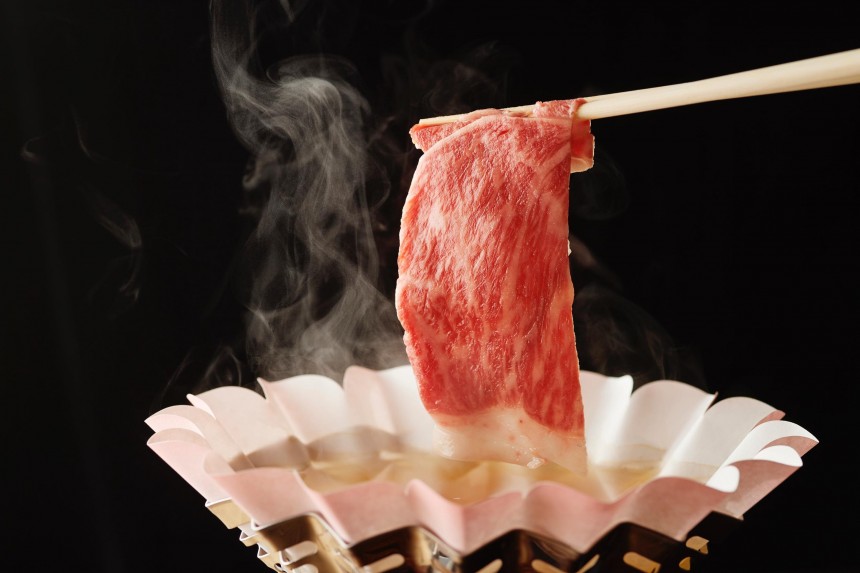 We then proceeded to order side dishes from its extensive list of small plates, which feature daily specials depending on the freshest catch of the day. First came the much-coveted tomato chawanmushi and shrimp-potato with ankake (starch-thickened sauce). The former is an egg custard steamed in a Japanese teacup — along with its usual mix of eggs, mirin, soy sauce and dashi, it is served here with pieces of tomato and bacon. Unlike conventional chawanmushi, however, this cup had a layer of creamy roux reminiscent of carbonara — a western twist on a Japanese classic. The latter, too, far exceeded my expectations. Firstly, there are no shrimp in the meal. The name comes from the shape of the potato which was grown in a concave form, similar to a piece of shrimp. The texture is reminiscent of mochi because the potatoes (which are sourced from Kyoto) are first boiled then fried, giving it a thin, chewy layer which mingles with the slightly spicy gravy.

The main act of the night was the dashijiru shabu (dashi-based hotpot). The restaurant offers two varieties of shabushabu — Ishigaki Island beef (¥4,980) or Agu ‘Ryukyu’ pork (¥1,800), both locally sourced from Okinawa Prefecture. While the beef should be dipped into the usual tare (sauce) offered with the hot pot, diners are recommended to try the pork—which is already great on its own—with five different condiments which come in a separate box. In it you’ll find yuzu pepper paste, grated yam with kombu seaweed, powdered sesame and plum radish. My ultimate pick is the grated yam with kombu — an addictive twist which adds a sweet yet sour kick to the softness of the dashi infused pork. The best part of this dish, however, lies not in the meat itself but in the juicy broth, which featured a prominent component — the kaeshi (a fusion of soy sauce and mirin which is often used as a basis for noodle broth). Kaeshi is integral as it adds the salt factor which dashi tends to lack. What you get as a result is a perfectly delicious broth, which the chef recommends you wipe down with an additional serving of udon noodles (¥500) or, if you prefer, rice, to soak it up and turn it into a grilled onigiri, or rice ball (¥300). Combined with the saltiness and sweetness of kaeshi, the dashijiru shabu is a must try when dining at Dashi Hide. 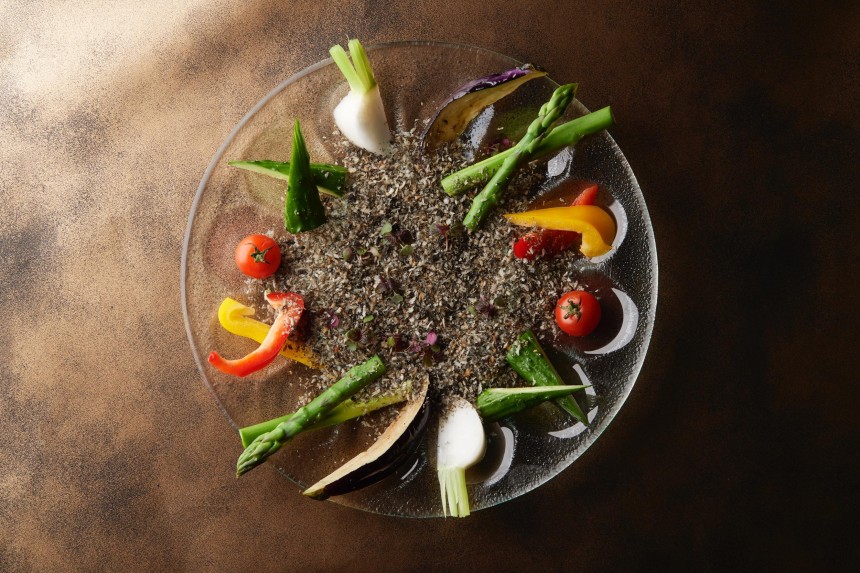 Dashi Hide is similar to most Japanese-style eateries; it understands the value of tradition, serenity and above all, subtlety. This is not to say that Japanese food is bland or simple; one sip and you’ll find that there’s a complexity brewing underneath the surface. Dashi Hide lures the most fundamental component of Japanese cooking out of the shadows to the forefront of its menu. Ironically, writing about dashi in depth may subtract from the simple beauty of the ingredient; one shouldn’t overthink the specificities of each dish. As a wistful jazz singer croons about a lost love in the overhead speakers, let yourself slip away into the ambience and let the dashi do the talking.

Closed on Sundays and every first Monday