Situated deep in the lush forests of Niigata’s Naeba ski resort and far from the actual Mt. Fuji, this year’s Fuji Rock Festival (FRF) was a celebration of two decades as Japan’s leading international music event. The number of people was back near record highs, with promoter Smash estimating around 125,000 people in attendance. Despite the crowds, the general vibe was friendly, peaceful, cheerful and patient–even nostalgic at times.

FRF boasts itself to be the cleanest festival in the world, a fact that creates a dedicated following when combined with its mammoth rock-star lineups. This year attracted many new attendees, as well as a host of Fuji veterans who’ve been attending the festival religiously for years with their families. The Green Stage (main stage) has a priority tent at the back, which was full of babies enjoying music at a comfortable distance. The older crowds enjoyed the more sophisticated sounds like the G&G Miller Orchestra, while the younger crowds flocked towards louder bands like Babymetal. 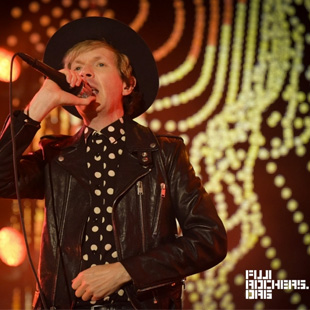 Traveling to Naeba provides amazing sightseeing of mountains, forest, and rivers. The gorgeous weather broke the mold this year, and a lot of walking was required to see the various stages, as the festival stretches quite a distance throughout the resort. Upon returning home, my legs required a well-deserved rest, as my body felt broken—but my mind inspired.

Though there are comfortable hotels to stay at, I decided to camp on the grassy hillside with thousands of others. The campsite alone was beautiful, with the hillside speckled with decorated colorful tents, flags, lanterns, tall trees, and friendly people. I was surprised at how many children were there with their families, roughing it. It just goes to show that this rock festival really is fun for the whole family.

Smash showcased bands that performed at the initial typhoon-struck event at the base of Mt. Fuji, including the Red Hot Chili Peppers, who played at the end of the three-day event on Sunday night. Beck, who headlined on the second night, performed a wide variety of musical styles ranging from his hit party tunes to his more sombre Morning music, which inevitably lost some of the audience. He spoke between songs about the history of Fuji Rock and how fast 20 years had passed. Some of his poetic talk took on a spiritual tone, and you could really sense a maturity in his music. 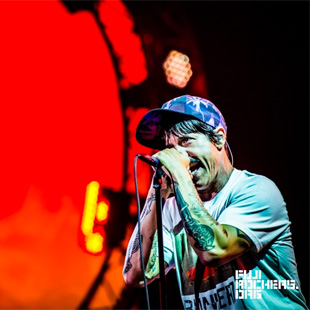 Seeing the Orb, I was expecting to be taken on a musical journey with their famous ambient musical soundscapes, only to be somewhat disappointed with a mixtape-style set. Despite the “no bodysurfing” rule, domestic metalheads Man with a Mission kept security busy catching countless bodies flying toward the main stage. They brought a raw, intense, and fun energy to the festival. Other acts included Sigur Rós, Ben Harper, 2Cellos, Travis, Wilco, and Squarepusher.

Overall, the quality that Smash is known for bringing to Fuji Rock was there for the 20th anniversary, and the festival undoubtedly created many new followers, some of whom could well end up at Fuji Rock’s 30th celebration.