Keshiki – New Voices from Japan is the debut from publishers Strangers Press, who believe that “literary translation is a cultural exchange.” The eight book series showcases the work of some of the most exciting writers in Japan today. In part one of a two part series, Metropolis’ Clara Kumagai interviews Strangers Press editor Nathan Hamilton and two of the translators behind the project. 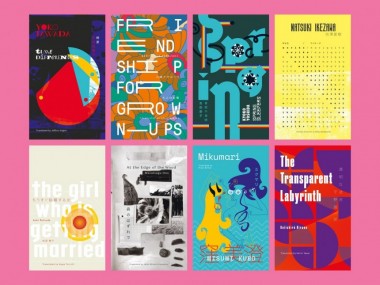 When I saw the Keshiki series in a Shinjuku bookshop, it was the literary equivalent of a mysterious and attractive stranger walking into a small town bar. Eight books by Japanese authors with very distinctive and very different cover designs, freshly translated into English.

It was the work of a small publisher based in Norwich, England: Strangers Press. With a line-up of award-winning Japanese authors and translators who are literary hard-hitters in their own right, it’s no wonder that Keshiki is turning heads – it’s already in its second printing.

As a series that bridges countries and people through words in Japanese and English, it seemed only right that Metropolis would run a little showcase of its own. I talked to some of the authors and translators, as well as an editor: Nathan Hamilton, who introduced me to this alluring stranger…

NH: Strangers Press is focused on publishing literary translations and international writing in innovative or creative ways. We’re particularly interested in the idea of translation as a form of cultural exchange – that cultures might learn things about each other, in multiple ways, through the process –and seek to publish in a way that celebrates or foregrounds that.

The name is a reference to the Norfolk Strangers who were a population of cloth merchants who immigrated to Norwich from the Spanish Netherlands in the middle ages and subsequently contributed hugely to the culture and commerce of the community here. We also see our philosophy as running counter to an encroaching parochialism in British society, post-referendum, and in this way it is political — the name obliquely references a speech from Shakespeare’s Sir Thomas More that rails against an atmosphere of hostility towards ‘Strangers’.

Jeffrey Angles is a translator, academic and poet. All his works have been recognised and awarded in their respective fields—in 2017, he was the first non-native to win the Yomiuri Prize for Literature in poetry. For Keshiki, Angles translated “Time Difference,” a short story by Yoko Tawada. “Time Difference” is a story with three characters in Tokyo, Berlin and New York. Their stories intertwine and resonate across time zones, but Tawada collapses the differences between them, as the story leaps from person to place in the space of a sentence.

Yoko Tawada’s “Time Difference” moves so fluidly between character and place that sometimes I didn’t realise it had happened until several sentences later. Was it difficult to capture this? How does it appear in Japanese?

This is a characteristic of the Japanese original as well. In the Japanese, Tawada leaps from the story of one character to another without any transition, thus creating a feeling that the experiences of the two characters must be happening simultaneously, even though the characters are all living in different countries (and not, I might add, in the country where they were born). This, of course, is one of the purposes of the story. Tawada is showing us the ways that people’s experiences are connected across time and distance, even though national borders and many time zones might lie in between. One of the reasons I wanted to translate this story is because it describes the experience of living in a global, interconnected world in such a dynamic and interesting way.

CK: What is your process? How do you read a book you are about to translate?

Good question.  When I read something for the first time, I am always reading in an ordinary way, like a regular reader. Nonetheless, I can never quite silence the translator side of my brain, which is constantly questioning what something might sound like in English. With me, this question is especially intriguing with poetry, since poets are so likely to discover interesting and fresh turns of phrase, and so that’s the reason that I have translated so much poetry in my career. The biggest question that is going through my mind as a I read an untranslated book has to do with whether or not I think there is something in the text that would appeal to an English-speaking audience. Is there a theme or issue in the text that is relevant to our contemporary world? Does the author give some fresh new take on a subject that the English-speaking world needs to hear? The answer has to be “yes,” otherwise, why translate it? 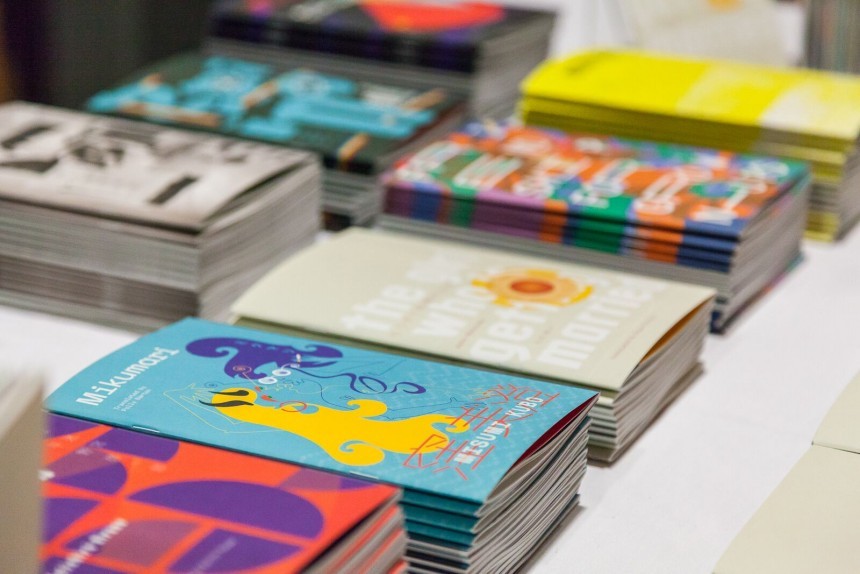 In his forty year career, Alfred Birnbaum has translated many high profile works, including books by Haruki Murakami. For Keshiki, Birnbaum translated Natsuki Ikezawa’s “Mariko/Mariquita”, a short story that takes place in Guam. When Kyojiro and Mariko meet, there’s a spark and then a flame, but this isn’t just about how lovers come together and fall apart; rather, it’s how selves and identities can do this, too.

CK: This story is often about being in-between: between places and paths in life, between one state and another. It seemed quite fitting that it was being translated, one language becoming another. Did anything else can change in the process? Do some elements (tone, place, voice) have to prioritized, or become a little magnified/diluted?

I originally translated the piece years ago while living in Yangon, probably after I’d finished A Burden of Flowers (花を運ぶ妹); I also did several short stories and novellas by Ikezawa around the same time, all on spec (i.e. self-initiated, not at Ikezawa’s request or for any set publisher). I think the fact of being abroad in a tropical “third country” away from America and Japan contributed to my interest in ”Mariko/Mariquita”, added to the fact that I speak Spanish. That said, it was a long time ago, so I don’t really remember how I approached the task of translating it, other than an awareness that the tone had it come off as realistic yet quietly absurd, understated yet outside the narrator’s comfort zone (Ikezawa himself describes Mariko as his “Holly Golightly”). The writing is fairly straightforward, so I don’t think much had to be changed, magnified or diluted; maybe only polished by my editor Elmer Luke to bring out certain ironies and subtleties.

CK: What is your favourite translated work of Japanese fiction?

My favourite translations from Japanese fiction—no one work—are group efforts with several translators, which hopefully allow readers to see by comparison how individual each contribution is. Works like Mishima’s Sea of Fertility (豊饒の海) tetralogy or Murakami Ryu’s From the Fatherland with Love (半島を出よ) give a greater glimpse into the “open gap” between the source texts and the re-imaged versions, that is, just how much the results are “creative writing”, a function of the persons and languages involved. Similarly, reading the same work in different translations often highlights evolving sensibilities in literary taste over the years.

For Keshiki, award-winning translator Polly Barton translated not one, but two, of Keshiki’s chapbooks: Misumi Kubo’s “Mikumari” and Nao-Cola Yamazaki’s “Friendship for Grown Ups”. “Mikumari” is about an affair between a teenage boy and a married cosplayer; it’s bold, graphic, and sensitive. Nao-Cola Yamazaki’s “Friendship for Grown Ups” is three shorter stories that examine relationships that are developing, struggling, ending, and over.

CK: You translated two of the chapbooks: Misumi Kubo’s “Mikumari” and Nao-Cola Yamazaki’s “Friendship for Grown Ups”. They are both so different from each other—in voice, content, character. What do you have to do to get into the head of each author?

I’m definitely of the opinion that prying one’s way into the head of the narrator is what makes or breaks a translation, but where or how that empathetic journey begins is harder to pin down. In the past I’ve had the experience of being just unable to get there. With both “Mikumari” and “Friendship for Grown-ups”, though, I found the originals so evocative, so distinctive in their own different ways that the first leap toward finding that voice came relatively smoothly. Then it’s just a matter of endless honing. Although it’s worth mentioning that both of these are excerpts from longer works—a novel and a short story collection respectively—where the authors play around a lot with different voices, so both of them offered the additional challenge of switching headspaces…

CK: “Friendship for Grown-Ups” and “Mikumari” do have a subject in common: they explore relationships and they investigate how the self can change. In Yamazaki’s, it’s through young female characters and in Kubo’s it’s a teenage boy. In Japanese there are different ways of speaking and in language that can reflect this—is that difficult to convey in English?

Yes, that’s definitely one of the more challenging elements, particularly when it comes to dialogue. In the “Friendship for Grownups” stories, for example, there’d be great long interchanges between a man and a woman where in the Japanese there was no indication at all of “he said,” “she said” because it’s just obvious from the way the characters are speaking. Of course, I’ve no objection to inserting “he said” in my translations because that’s just how English works, and we don’t have (much) gendered language, but it always makes me feel a bit sad to have to do that, as if it’s an admission that I’ve somehow failed to make the dialogue distinctive enough… But you do what you can—there are various tools you can use in English to do similar work to the different ways of speaking in Japanese. Gaining experience is really just about bulking up your tool bag, I think —and also realising that it’s not only not cheating, but positively A Good Thing to think up creative solutions.

Clara Kumagai is from Ireland, Canada and Japan. She writes fiction and non-fiction for young people and grown-ups. She currently lives in Tokyo. You can follow her on Twitter @clarakiyoko