Kyoto’s KI NO BI Gin is causing quite a stir

The Kyoto Distillery, opening less than 18 months ago, is already setting the standards for the new Japanese gin category with its release of the first-ever Japanese craft gin that is fast achieving cult status.

We all know the thirst that the Japanese have for whisky. From the long-held love affair with Scotch to producing some of the finest contemporary whiskies in the world, the dark spirits market in the land of the rising sun is huge. Now it appears as though the affection has spread to gin. Though Japan is not traditionally a gin-making country, The Kyoto Distillery (TKD) launched Japan’s first artisanal gin, KI NO BI, at the end of 2016 and has kicked off a category that has once again peaked international interest. 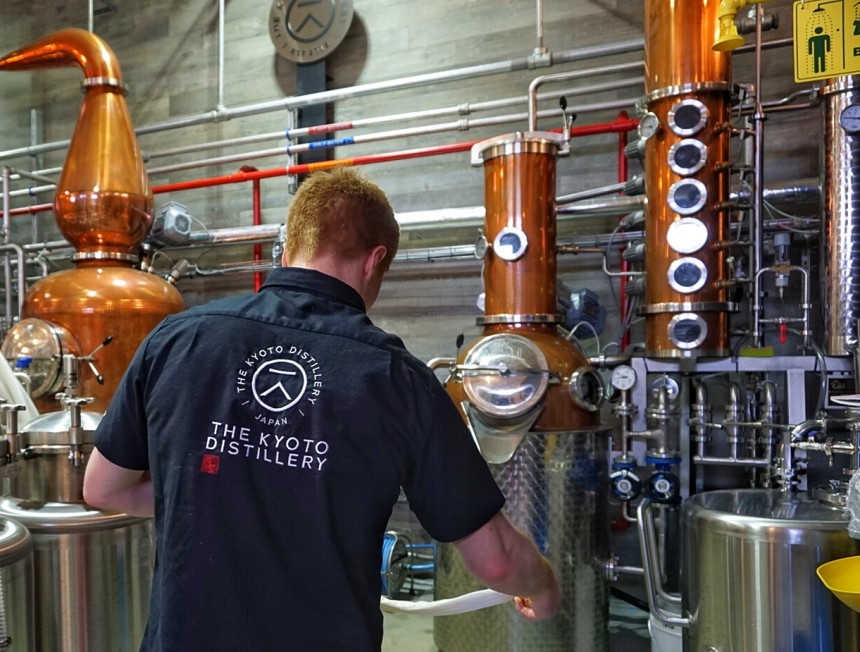 Owned by alcohol industry veterans David Croll and Marcin Miller, who were originally responsible for bringing Japanese whisky to the UK and setting a trend that has not since ceased, TKD was established in a city that has long been thought of as the heart of traditional Japanese craftsmanship, nurtured for over a thousand years. Croll has lived in Japan for more than 20 years, and explains that his affection for Kyoto stems from his feeling immediately at home in a culture that respects the past but is very forward-looking and innovative. Kyoto was the  perfect place to set up Japan’s first dedicated boutique gin distillery. Next, they brought on board the young and accomplished Head Distiller, Alex Davies, who has been dubbed the ‘Willy Wonka of spirits’ by the U.K. press. The distillery was awarded its production license, believed to be the first and only granted in Kyoto, in summer 2016 and the business of crafting original Japanese gin began. 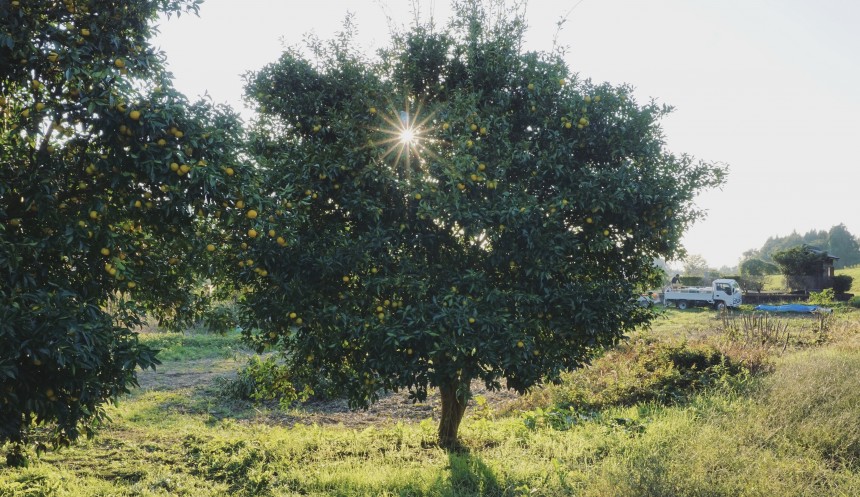 It was a very natural choice for the team at TKD to use the abundant local produce that Kyoto Prefecture is so famed for. Many of the botanicals are Kyoto-grown and harvested whilst in season. One such supplier, Mrs. Tanaka, runs a small farm in the north of Kyoto where, at a very young 92, she tells us stories of chasing off bears, whilst showing us to a field of perfectly imperfect yuzu trees thick with fruit fat from weeks under the winter sun. Hand-picking the fruit, as is done by the TKD team every season, proved to be a battle with inch-long thorns and sticky spider’s webbing, but I was assured it would make the finished product even more enjoyable. On the drive back to the city, Davies tells me of the reasoning behind such a painstaking process in sourcing botanicals. “It’s details like this that set us apart. Our botanicals are such great quality that the flavour shines through. We hand-select and locally source wherever possible to ensure that KI NO BI really is the Spirit of Kyoto and embodies all that the city stands for. Our ginger is from a farm only a few kilometres from Mrs. Tanaka’s. The third generation farmer uses parent ginger plants from the original family farm and stores his crop in caves hand-built into the mountainside by his grandfather. Our tea is from Uji, regarded as the oldest tea producing area in the country, and our supplier, Hori Shichimeien, was founded in the Meiji Era in 1879. We use leaves harvested in their Okunoyama tea yard, which dates back to the 1300’s. It’s important for us to create harmony, with suppliers and with our recipe, and this way we can really do that.” 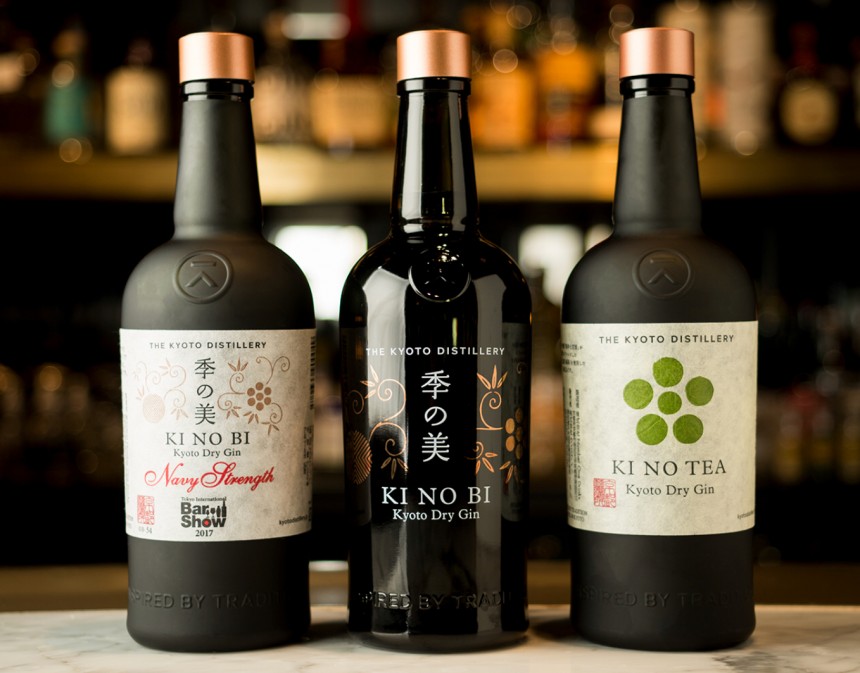 Yuzu, ginger and gyokuro tea are just three of the nine Japanese botanicals used in KI NO BI. Others include green sansho, hinoki (cypress), kinome (Japanese pepper leaf) and bamboo leaf. In fact, the only two botanicals (from a total of 11) that aren’t Japan-grown are the juniper and orris. Once the botanicals had been decided upon, Davies and his team, in a rare move, identified six principal flavor profiles: Base, Citrus, Tea, Herbal, Spice and Floral, with each being distilled independently to extract their optimum flavour characteristics. They then adopt the art of blending, combining each category to achieve a beautifully balanced gin that is thick and fruity, with punchy citrus on the nose and palate, warm spice lingering in the background and aromatic ginger bringing about the harmony in the recipe that Davies was talking about.

What’s refreshing about Davies and his distilling team is their passion to embrace the creative process. In a city where tradition remains very much in vogue, TKD seems to have hit upon the perfect blend of old and new, proving that KI NO BI is a gin that’s just the tonic.

To try this tasty tipple in Tokyo, head to Bar Noir in Ebisu, Benfiddich Bar in Shinjuku or Bar High Five in Ginza, where one of the meticulous team will stir up a KI NO BI martini to knock your socks off. Or, if you’re feeling inspired, follow this recipe from Christophe Rossi, Owner and Head Bartender at L’escamoteur in Kyoto for a perfectly piquant Yuzu Gimlet 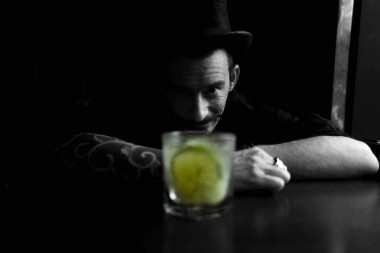 Combine and shake. Serve in a rocks glass with ice. Garnish with a slice of lime. Voilà!

Tokyo bars where you can enjoy drinks with KI NO BI Gin:

Rachel is a food, drink and travel writer. Originally from England, she relocated to Japan in 2015 and is now finding her feet in Kyoto. Rachel loves to explore new places throughout Japan and is happiest when sharing her tips and tricks for travelling this beautiful country. You can find her on twitter: @GirljininJapan