It’s that time of the year again. The days are longer, the nights glide by and, although the weather hasn’t quite reached the maximum burning intensity of the July sun, it constantly feels as though Tokyo is engulfed in a thick duvet of humidity and human sweat. It’s sweltering times like these that make you want to pop open a cold beer and fire up the grill for a good old barbecue. Yet, in a densely populated city like Tokyo, finding the time and place to indulge in your “Ultimate Summer BBQ Fantasies” can be challenging. Manpuku, located in Roppongi Hills, offers a supreme selection of wagyu (Japanese beef) which can be enjoyed in the form of yakiniku (Japanese style BBQ), in the backdrop of an elegant, traditional-Japanese style ryotei (a traditional and often luxurious Japanese restaurant). 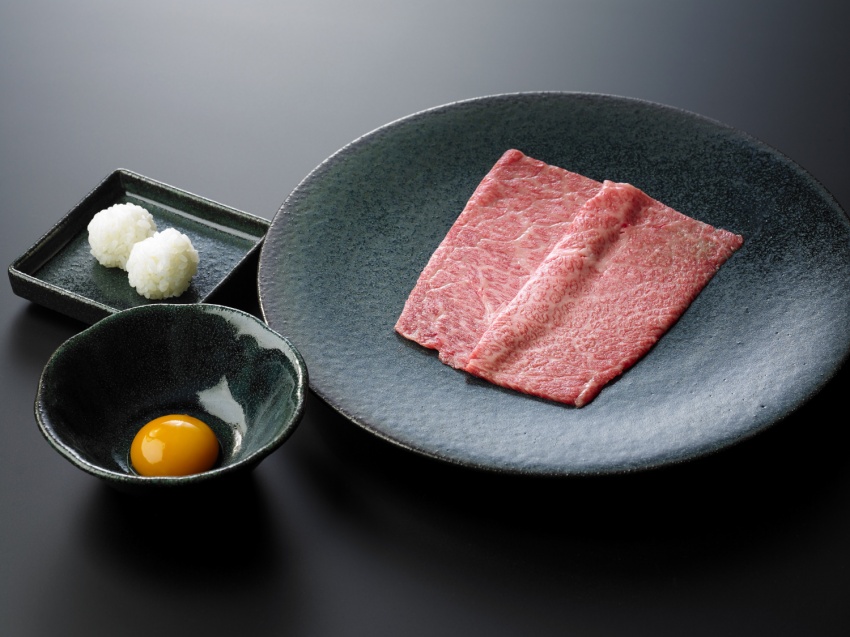 Founded by CEO Kazuki Toyama’s grandmother in 1948, Manpuku (which refers to having a full stomach), began as a place to provide diners with a hearty, delicious and home-cooked meal. Toyama attributes his love for food to his time spent helping out at the family restaurant, watching the blissful expression of the diners as they savored his grandmother’s cooking. Since then, the family-run brand has expanded its business worldwide, with a current total of 11 stores between Japan (Jiyugaoka, Yoyogi Uehara, Aoyama, Roppongi and Futako Tamagawa), South East Asia and North America (Los Angeles).

Manpuku Roppongi is a tasteful fusion between open flame yakiniku (grilled meat) culture and refined, upscale Japanese aesthetics. Past the narrow corridor and into the dining space, the eatery is cozy yet classy, with a minimalistic color scheme of smooth cream walls, dark gray seat cushions and exposed bamboo frames. The open design of the restaurant also allows for ample air circulation, so you’re not left stuck with a lingering shroud of cooked meat. 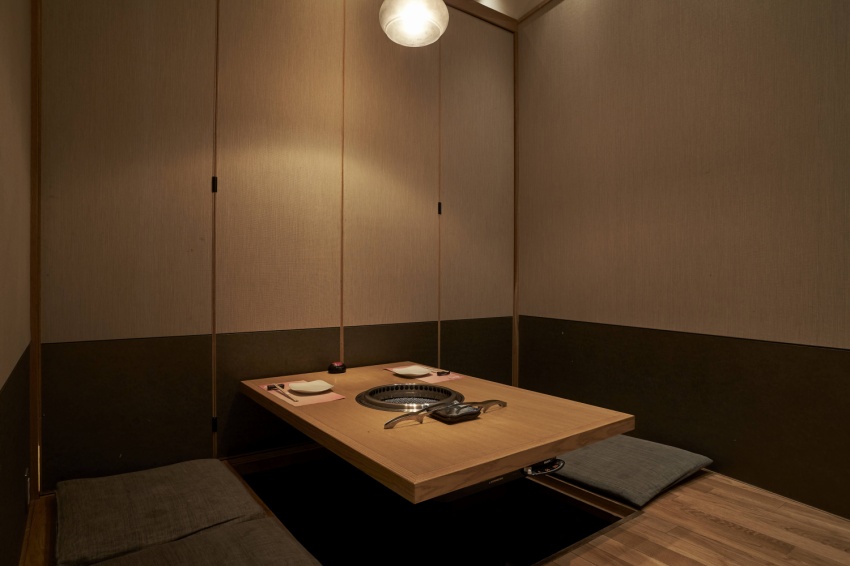 Several low tables are dispersed throughout the room, inviting diners to pop their feet below the carved out space underneath and dig into the meal at hand. The chatter from across the room is muffled by silk screen doors, meat sizzling on the thinly wired grill, and the kimono-clad okami (traditional female servers) discreetly shuffle between the booths. Served atop delicate Arita-sourced ceramics, it’s these slight nods to ryotei-style dining which elevate Manpuku’s BBQ experience from your average dingy, fast-casual yakiniku joint, to decadent broiled meat parlor.

If you truly want to ball out and commit to the whole experience, then the grand omakase (meaning, the chef’s choice) course is the way to go. The menu features notable dishes such as nigiri (raw beef) – a thick layer of marbled Kobe beef wrapped around a small mound of rice. This is arguably a courageous culinary choice, but one that pays off well in umami and depth of flavor. The bite-sized appetizer is a suitable gateway to the night which features other signature wagyu dishes, such as negi shio (salted leek) flavored premium tongue and Kobe rosu (loin cut). Seasoned with finely minced Japanese leeks and a homemade blend of spices, the combination of charred wagyu and crisped, spiced leeks unlocks a slight nutty tone to the dish. 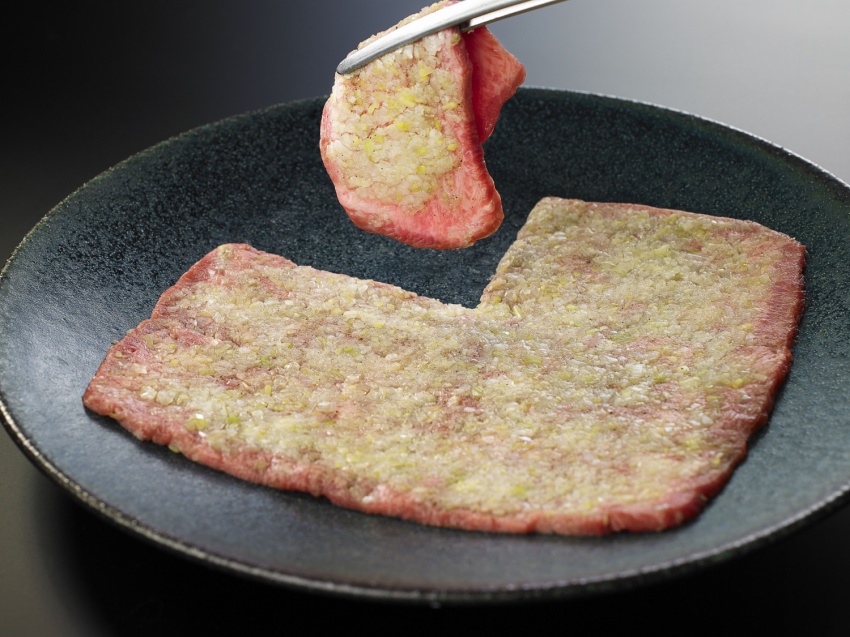 Other notable menu items include an assortment of Kobe beef and grilled shabu shabu (dipped) brisket. The beef, sourced from a partnering farm in Chiba Prefecture, is rich, soft and bursting with a buttery aroma, and the citrus ponzu dipping sauce cuts through some of the fattiness. The Kobe beef platter is also helpfully categorized with English labels so you don’t have to pretend to know what part of the animal you’re eating. As a family business turned international sensation, sourcing authentic Kobe cuts in a refined yet cozy ryotei, Manpuku is sure to leave you fully satisfied, or at least, with a full stomach.