The crooner takes on Japan

Michael Bublé seems to have the world at his fingertips. His baritone velvet voice and his signature jazzy style that exudes genuine adoration for the Rat Pack era have made the Canadian crooner a firm fixture in the world of pop music. He’s also a dad, having welcomed a son in 2013 with his wife, actress and supermodel Luisana Lopilato. 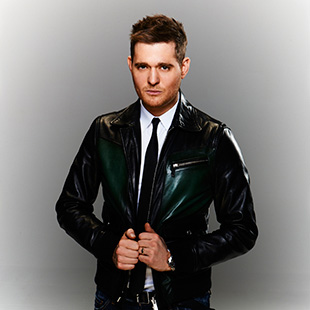 However, Bublé says there’s still much to accomplish—and his eyes are set on finding success in Japan, where he returns for the first time in eight years. The singer brings his To Be Loved tour to Tokyo this February in style, holding his first-ever big concert in Japan at the historic Budokan.

“I’ve gone to Japan quite a few times, and I’ve played in nightclubs and smaller things—showcases for the record executives and radio presenters,” Bublé divulges in a recent interview with Warner Music Japan, from his hometown of Vancouver. “But this is the first time that Japan gets to see me in my atmosphere with what I really do.”

Bublé has achieved superstar status in North America, Europe and Australia, and has earned a reputation worldwide as the present-day Sinatra. However, he states that Japan is an important market that he hasn’t yet tapped into.

“I’ve been really lucky in so many countries all over the world. But when I go to Japan, I’ll be starting over again. I’m trying to prove myself—which is tough on your ego,” he admits, but continues that he doesn’t mind shifting back to square one.

Familiarity is perhaps one reason he’s so eager: Although a relative newbie in the nation’s music industry, Bublé maintains a relationship with Japan’s culture that goes back to childhood.

“So many of my friends growing up were Japanese; their mothers and fathers have emigrated from Japan to come here for different opportunities. So the culture was something I was very attuned to,” he says. “We call it Vancouver, ‘Japanada.’ That’s the joke we make, because there’s so many Japanese [people].”

Given the connection, Bublé is determined to put on a great show and leave his mark on the stage made sacred by the likes of Cheap Trick and Bob Dylan.

“What I do is take people away on a journey for a few hours—it’s a rock show. It’s not what they think—I’m not a jazz singer,” states Bublé, adding that his performances fit neither the slow nor sultry qualities many might associate with him.

Furthermore, his shows are anything but predictable: Bublé’s all about keeping things fresh. 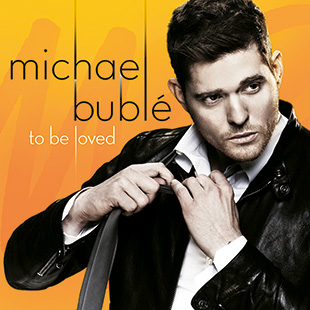 To Be Loved album cover

“Each concert is different,” he laughs, explaining that he improvises and tailors each performance to audience reaction and energy. “There are certain songs that I do, but there’ll be many moments of the show that are completely original, off-the-cuff, and I do that for myself as much as I do that for the audience—because these people deserve to see something original; they deserve to see something special.”

Individuality is something Bublé strives for, having had the bar raised high for him by his list of musical heroes, of which he cites, naturally, Frank Sinatra, Dean Martin and Bobby Darin—as well as Elvis Presley, Michael Jackson and Van Morrison. Among current artists, Bublé also expresses admiration for Ed Sheeran.

“I’ve been very lucky because, in the last few years, I got to collaborate with at least two of them,” says the singer, who has shared the studio with other musicians over the years, his most recent being a duet with Idina Menzel of Baby, It’s Cold Outside, on the Broadway diva’s 2014 Christmas album.

Throughout all his career highs, Bublé is most grateful when he gets to perform.

“I try to really make myself present and to live in the moment so I can enjoy what I’m doing as much as possible—because I’m very lucky to get to do what I do,” Bublé says with a smile.