Tokyo’s rooftop party scene throws it back to the 90s

Barbecue may have been the buzzword of summer, but with cooler months come new trends and fresh ways to pass the time in Japan’s lively capital.

A recent addition to Tokyo’s entertainment scene is the multi-venue music lounge PLUSTOKYO. Since opening last November, the space has hosted some of the hottest names in music today and is known for housing the first-ever rooftop club that runs into morning. To celebrate the unofficial start to the weekend, PLUSTOKYO is revamping Thursday nights into an alfresco party that revolves around one word: Mimosa. Based on a legendary event from the 90s, the party brings some of Japan’s best DJs atop Ginza’s Kirarito Tower for a night of music, dancing and mingling against a glittering skyline. 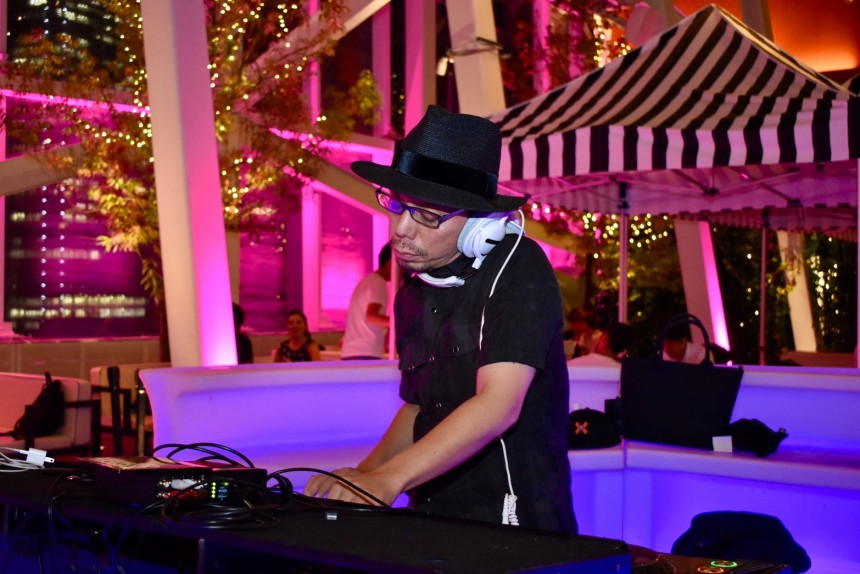 A one-stop playground for music, art, food and drink, PLUSTOKYO redefined the boundaries of Tokyo nightlife with its eclectic concept, which consists of various bars, lounges, an art gallery, restaurant and rooftop spread across two massive floors in the glitzy commercial district. As the only outdoor party scene that’s been approved by the Japanese government to remain open around the clock, PLUSTOKYO’s rooftop is the place to be after-hours for urbanites craving something more than a cramped bar counter or stuffy dancefloor. With stunning views of both Tokyo Tower and Tokyo Skytree, as well as a killer sound system and outdoor bar, the spacious venue feels like a dream-come-true.

Inspired by the 90s clubbing scene, when house, hip hop and electronic dance music permeated the city’s peaking party culture, PLUSTOKYO’s weekly event boasts top-of-the-line artists like Yokohama’s famed DJ PMX and longtime MC DJ DRAGON, who’s been spinning for crowds in Japan since the late 80s. Other regular performers include DJ GEE (GTS) and DJ MITSUKI. Quality music is at the crux of Mimosa, which makes sense considering the event’s concept is based on a well-known function at the now-closed JUNGLE BASE nightclub in Roppongi, said to have drawn over 1,000 people every week during Tokyo’s techno heyday. 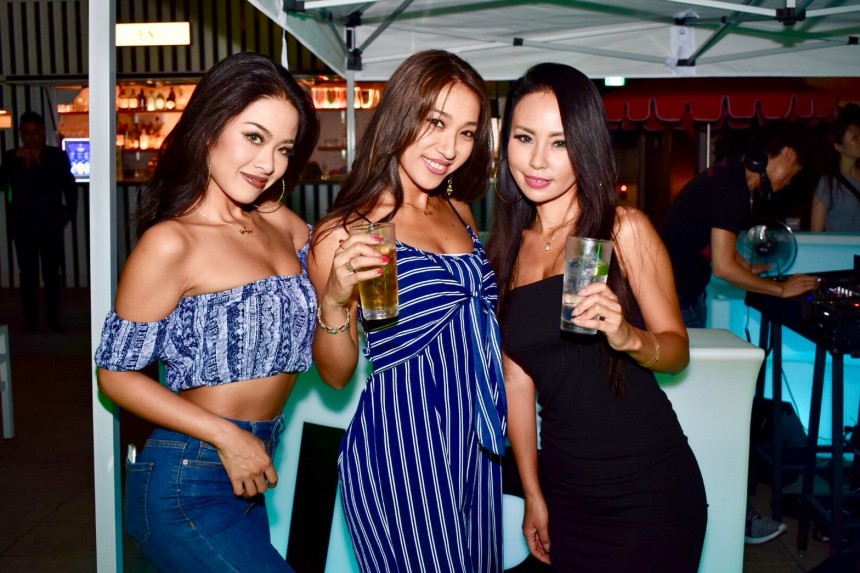 Just as JUNGLE BASE evolved into a center for artists and other creatives to gather and relish in one of the city’s hottest live music scenes, PLUSTOKYO strives to curate a space in which people from all walks of life can get together and celebrate in the form of a casual, weekday bash. The entrance fee is just ¥1,000 with one free drink included. Beer, wine and an extensive cocktail menu are available at the outdoor bar, as well as tasty snacks like spicy fried chicken and french fries. While it’s still warm out, meat lovers have the option of the rooftop barbecue set for ¥3,800 a person. Reservations are possible for groups of four people or more, and last call for barbecue is 9pm.

Of course, PLUSTOKYO is more than just a club. The venue is also part-restaurant, which means foodies can indulge in delicious menu items not available in a typical lounge setting. The recently updated menu includes several lighter, health-conscious options like sandwiches and salad bowls, next to more filling dishes like grilled meats and pasta. From finger foods to entrees to desserts as aesthetically pleasing as they are deletable, PLUSTOKYO’s offerings satisfy the whole crowd. 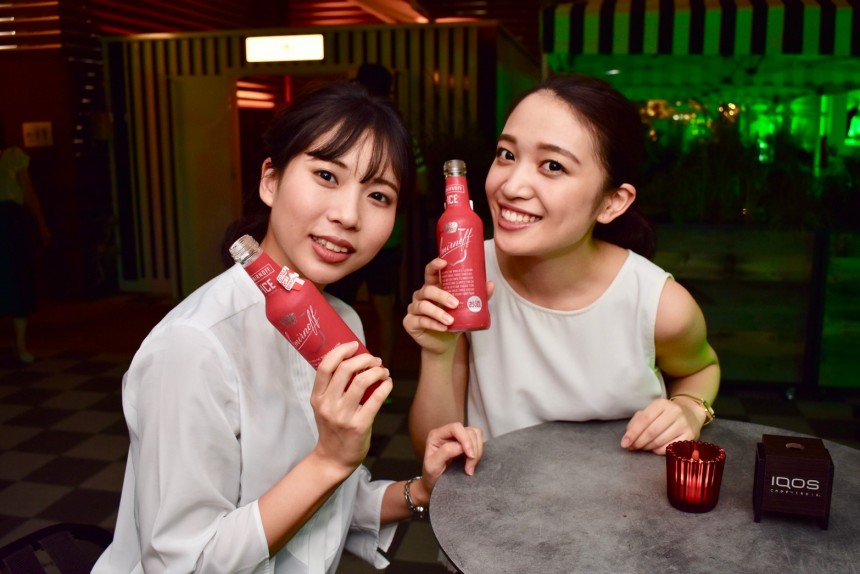 Mimosa runs every Thursday from 6pm to midnight. One of the many perks of PLUSTOKYO is its versatility, which means guests are free to roam downstairs and explore more of what the venue has to offer. Take POPBAR, a chic cocktail bar featuring limited edition drinks from rotating vendors, and Mixology Spirits Bang(k), whose scientific approach to Japanese spirits results in sublime cocktails within a particularly upscale ambiance. Offering gorgeous, panoramic views of Tokyo, the main bar is a 30-meter asphalt counter with hip-hop sculptor Taku Obata’s coveted B-BOY statues standing on either end.

Situated in the heart of Ginza, PLUSTOKYO doesn’t cater to a single crowd. The multifaceted venue continues to be a gathering place for locals and visitors alike to embrace the potential of nightlife in one of the most vibrant cities in the world.