At the heart of Ginza’s premium shopping and entertainment district, a new venue is redefining the boundaries of Tokyo nightlife.

Located on the top floor and rooftop of the Kirarito Tower, PLUSTOKYO is a one-stop playground for music, art, food and drink. While a night out on the town usually involves bouncing from bar to club to a nightcap ramen joint, the new facility — which opened last November — lets people trek an entire city block without ever leaving the building.

Imagine a hotel lobby, a restaurant, three bars, two lounges and an art gallery coexisting within a single floor of a glass-paned commercial building. Add to that a neon green stairwell that leads to Japan’s first-ever rooftop club that runs into the morning, with views of both Tokyo Tower and Tokyo Skytree on opposite ends. This is PLUSTOKYO. 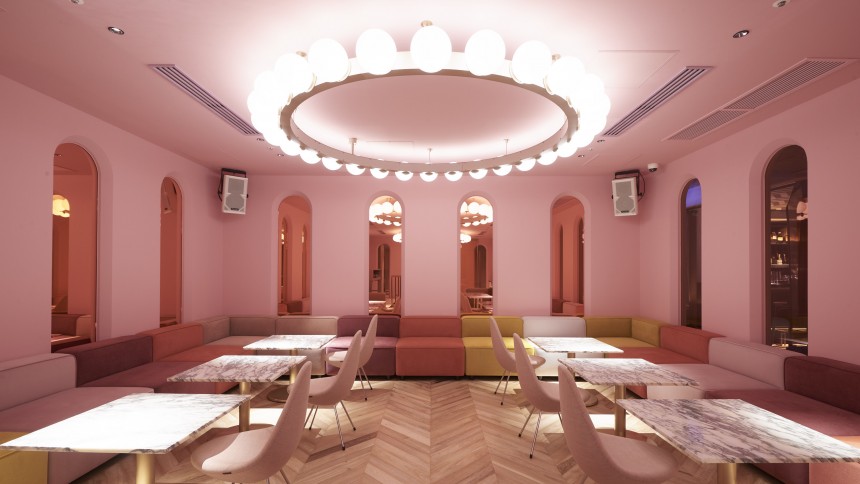 Most people refer to it as a music lounge or a club, but it’s impossible to label it as just one entity. Visitors are greeted by a row of eye-catching neon signs on a 15-meter gallery wall. The opening exhibit — titled NEON MUSEUM — will soon be taken down for a collection of abstract paintings by German artist Gerhard Richter, whose works have set record prices at auction.

Around the corner is the main bar, a 30-meter asphalt counter inspired by a highway lane. While spectacular views of Tokyo are available throughout the facility, the panoramic view behind this bar is particularly breathtaking. At either end of the counter are wood-carved B-BOY statues designed by hip-hop sculptor Taku Obata. It’s amazing to see Obata’s life-size statues — typically seen in the galleries of prestigious art museums — perfectly within reach at the foot of a public bar.

As it turns out, making the seemingly inaccessible, totally accessible, is at the heart of PLUSTOKYO’s mission. Though situated within a high-end nightlife scene, PLUSTOKYO doesn’t discriminate between Louboutins and brandless footwear. Guests can lounge in an all-pink VIP room sipping specialty cocktails or crack open a ¥500 can of beer at one of the standing bars, or both. 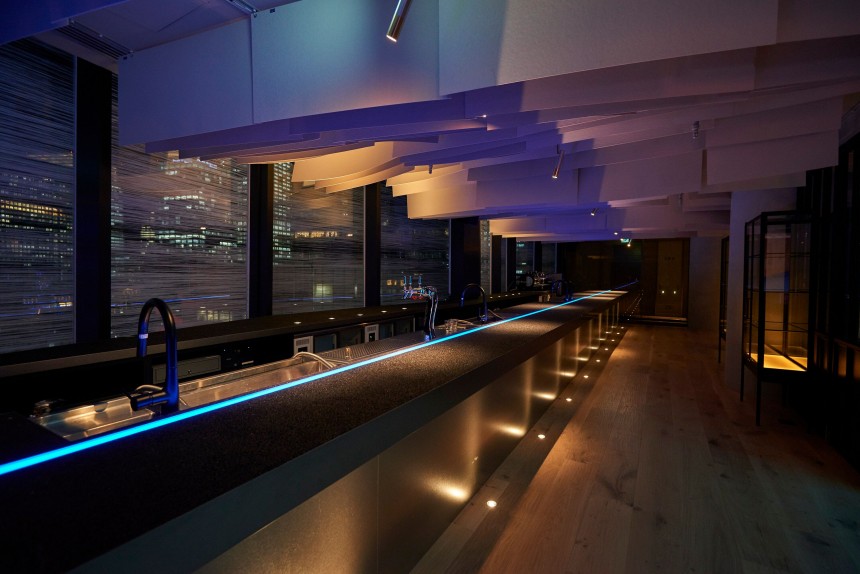 The space is also family friendly. Obviously, children aren’t allowed into the bars, but you don’t need to be an adult to enjoy delicious food. The cafe’s innovative menu features seasonal brunches and evening offerings of burgers, a sushi platter and elegant but filling finger foods.

At night, the main floor lobby transforms into a first-rate music venue. With 48 loudspeakers and a DJ booth, PLUSTOKYO has hosted some of the hottest names in electronic dance music today, including legendary house musician Steve Aoki, whose cake-throwing ritual has left a permanent stain on the wall. Fortunately, it’s barely noticeable next to the giant painting of Mount Fuji by Morio Nakajima, an esteemed mural painter of Japanese bath houses. 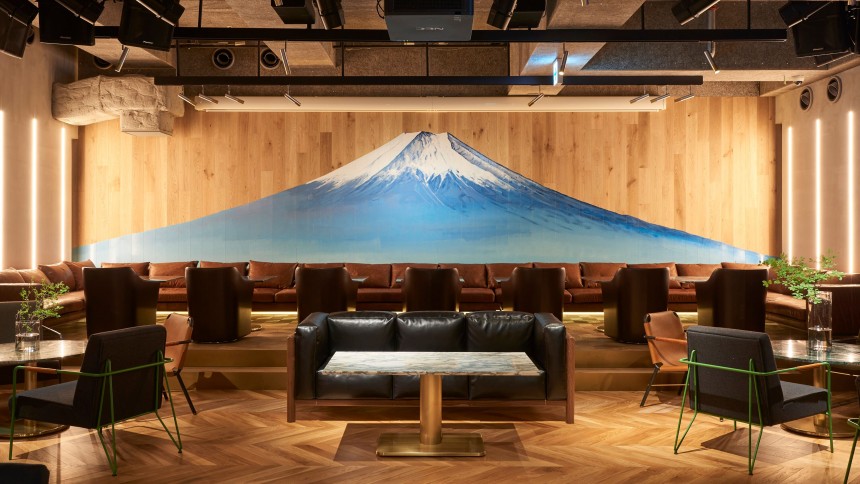 Of course, the lobby doesn’t have to be the final destination. Down the hallway, a selection of lounges and bars await, each with its own theme and vibe. There’s POPBAR — a chic cocktail bar featuring limited edition drinks from different companies — and Mixology Spirits Bang(k), which serves scientifically concocted drinks made solely from Japanese spirits. Rose, the all-pink VIP lounge, is reservation-only. There’s also a punk-themed VVIP lounge dubbed Salon, whose walls are covered in spray-painted tags by Tokyo-born graffiti artist Wataru Komachi.

Then there’s the rooftop club, the only outdoor party scene that’s been approved by the Japanese government to remain open around the clock.

If the roster of amenities seems long, that’s because it is. At its core, PLUSTOKYO is a nightlife concept that gives Tokyoites the power to choose. Whether you’re looking to dance, chill out or simply catch a glimpse of an amazing city view, you’re bound to find a scene that suits your idea of fun.

Each year, Metropolis Magazine Japan hosts Tokyo’s number one Halloween party. For 2019, we were at PLUSTOKYO October 26, Tokyo’s premier night time locale in the heart of the ever-so-stylish Ginza district.