The history of coffee boasts a richness found in the best of brews. Centuries before coffee capitals were made of the likes of Seattle, Melbourne, and Vienna, the Mocha port city of Yemen was where it all started. Fifteenth-century traders would return from Ethiopia, where the plant is said to have originated, with coffee beans that locals would then cultivate. 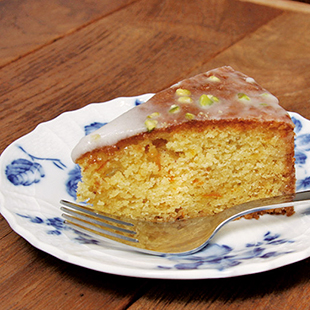 Called qahwa in Arabic (which originally meant “wine”), Mocha’s coffee is distinct in flavor, generally bearing a fruity aftertaste and a wine-like fullness. And this is exactly what’s to be found at Mocha Coffee, a café that transports the history of Yemen’s brew to the streets of modern-day Daikanyama.

Mocha Coffee itself is tucked behind other buildings—but a simple white sign out front bearing the shop’s name in English and Arabic makes it easy to locate. The green, seaside aesthetic also differentiates Mocha from its more commercial counterparts, which often attempt to emulate homey foreign coffee shops yet deliver a style that’s too polished to be cozy.

Mocha’s interior is small yet refreshing. On a good day, sunshine pours in from the glass walls. The only downside is the lack of seating, with only minimal counter room and three tables inside.

The café specializes in Mocha brews utilizing beans sourced from various Yemeni regions, served in small, fancy coffee cups that suggest the establishment functions more as a quick stop than an afternoon refuge. Nevertheless, the coffee boasts a quality that is unparalleled in Tokyo. 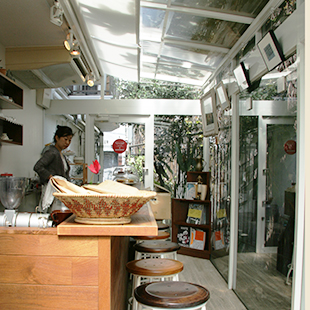 The Mocha Anisi is a fruity concoction, brewed with beans from the Sana’a region in Western Yemen. Its aroma is fragrant and wine-like, and its flavor mild but full-bodied, subsiding to reveal a spicy aftertaste.

For the sweet-toothed, the Mocha Kulani is a treat. A mild brew, the beverage emits a cinnamon-infused scent and a hint of bitter cacao in its flavor—but gives way to an aftertaste that’s sweet.

A wide array of other special brews is on hand, ranging from the earthy to tangy and citrusy.

In case your coffee gets lonely, pair it up with the delectable desserts on offer.

The cakes range from standard fare, such as blueberry cheesecakes and dark chocolate cakes, to more exotic varieties, such as the spice cake and the orange pistachio. Baklava and fig mamool cookies are also sure to sate cravings.

Prices are on the expensive side, but it’s worth it, given the superb quality and rarity of its offerings, making for a coffee break like no other.