Shop the block at the heart of subculture 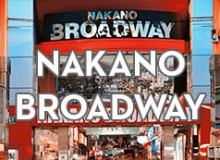 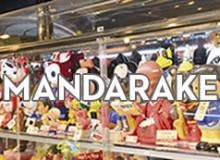 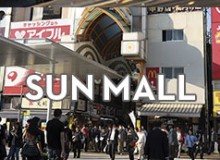 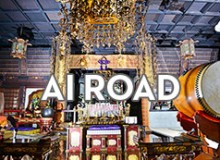 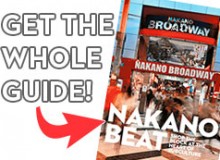 Nakano is a study in contrasts: here, octogenarian grannies haul shopping carts toe-to-toe with quirkily dressed young fashionistas, each vying for a bargain. Manga megaplexes attract hordes of otaku, and not far away, worshipers rock up to a venerable temple to pray. Nakano ward is heady with youth; its population’s highest age concentration is in young adults in their 20s and 30s, situated as it is close to three major universities—Waseda, Teikyo Heisei and Meiji—as well as several smaller institutions. But this is not a place overrun solely with young whippersnappers; coexistence prevails here.

The area running from Nakano station north to Arai Yakushi Bashoin temple encompasses Nakano’s main arteries, a network of shopping streets and arcades buzzing with activity. To the northwest of the station, Nakano Central Park is a gathering place and green space, flanked with restaurants and flecked with picnickers.

Sun Mall, due north of the station, is a long, glass-covered arcade running for several blocks and filled with over a hundred shops and restaurants on either side of the walkway. The shopping street bustles with busy consumers and window shoppers, who can flit or meander from store to store without fear of foul weather.

Reaching the end of Sun Mall, Nakano Broadway looms: a brightly lit behemoth pulsing with action. Bargains abound—a new dress for ¥500, socks and leggings for pocket change—while the raucous sounds of arcades and purikura reverberate down the narrow corridors. On the upper floors is a nerd mecca: comic books, cosplay and toys compete for space in this noisy, colorful, mishmash of a shopping center.

Beyond Broadway, a slightly more sedate but no less interesting center of consumer culture is found in Ai Road, a stretch lined with tasteful shops and pretty lanterns whose theme changes according to the season. Here, traditional generations-old shops share perimeters with new kids on the block. This is the spot to pick up those daily goods and gifts that are still sold in specialty shops by people who know what they’re doing. “Aji ga aru,” you might say: this place has flavor.

Only minutes away from Shinjuku, but entirely with its own character, Nakano is a tasty mix of old and new. Sample the sights and sounds, see the street life and feel the heartbeat.