In his 40 years in Japan, Anglo-Burmese-Polish-Jewish broadcaster Peter Barakan has hosted everything from the Japanese 60 Minutes to NHK’s Begin Japanology—but his most abiding passion is music. Many know him as the host of InterFM’s Barakan Beat, and he began his career working copyrights for a Japanese music label in 1974. 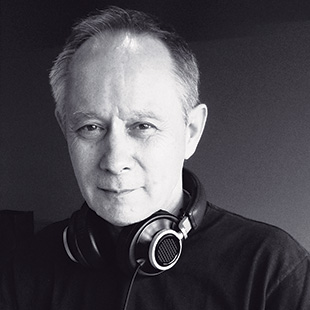 Barakan now curates Live Magic!, a roots music festival that launched in 2014. He tells Metropolis about Japan’s aging music scene and his approach to turning a profit on a non-commercial lineup.

What was the inspiration behind the fest?

Rather than it being an inspiration, one guy from Creativeman and another from Tower Records came to me in 2012 and said, “We have this idea for a festival: Would you like to curate it?” They were fans of my music TV show in the mid-’80s, and both ended up in the music industry. They had an idea for an indoor weekend festival for adults; I was thrilled, and last year was the first one. It went off better than hoped—we didn’t know if we would make a profit. We ended up selling out Saturday, and had a 70-percent [full] house on Sunday. The atmosphere was comfortable and the music was fantastic.

Japan has the world’s most rapidly aging society. How does that affect the music scene?

This year, [Fuji Rock] got rid of the Orange Court, where they had the world and roots music I do at Live Magic!, and put in more headliners for a younger audience. I know in other areas, people are still trying to appeal to a younger audience but we don’t need to be doing that. Last year, we had mainly people in their 40s and 50s. We’re not that big a
festival, so we can afford to skew older. People that age like different music—they’re not into EDM or hip-hop. Though they have more spending power, I think they’re being
left out.

Music discovery has gone online. How did you find the bands on the lineup?

Most of the people in the lineup are unfamiliar to music fans in Japan, or anywhere. To be honest, even I didn’t know of some of them. For example, Dayme Arocena—this amazing Cuban artist—was discovered by Gilles Peterson on a trip to Cuba several years ago. He raved about her, and when I listened to her album, I was knocked out and immediately got in touch.

The group I’m With Her is made up of three female singer-songwriters who all worked separately. A friend sent me a YouTube link, and I got excited about them. These connections just happen all over the place. There’s so much great music out there, and once I get turned on, I want to bring people in.

How about the Japanese artists on the bill? Some seem quite left-wing.

I’m not going to hide my proclivities. Ranking Taxi is a brilliant reggae toaster, but he does it in very skillful Japanese on an array of social topics. I first heard him in 1989 when he did his anti-nuclear song, which he redid in 2011 after the Fukushima disaster. His work is so good and needs to be heard again. I also brought in Ainu musician Oki. He has a political bent as well. But the other Japanese artists aren’t particularly political.

The best-known group is Tin Pan, Yellow Magic Orchestra founder Haruomi Hosono’s group. It’s a trio that goes back to the 1970s. They normally back up someone else and hardly ever play live. Chu Kosaka will sing with them, which is quite a coup, as he doesn’t sing much these days. Mainly he’s a Christian reverend.