Nihonbashi is a curious part of Tokyo. Once a crucial distribution route and starting point of Gokaido (Edo’s five routes) and praised for its traditional artisanship, cuisine and culture, in the late 20th century, it developed into an office town devoid of any real character. In recent years, however, it has been transformed into a retail and cultural hub full of interesting sights and spots, for locals and visitors alike.

A big factor behind the recent development and renaissance of the area has been Hidetomo Kimura, ornamental fish expert, designer, producer and cultural visionary. His Art Aquarium show has been a huge success, attracting massive numbers and much acclaim. It has subsequently become a staple of Nihonbashi’s summer events with around 600,000 people attending every year. Kimura’s next project was to establish Suigian, literally around the corner from Art Aquarium and next to the famed Fukutoku Shrine. 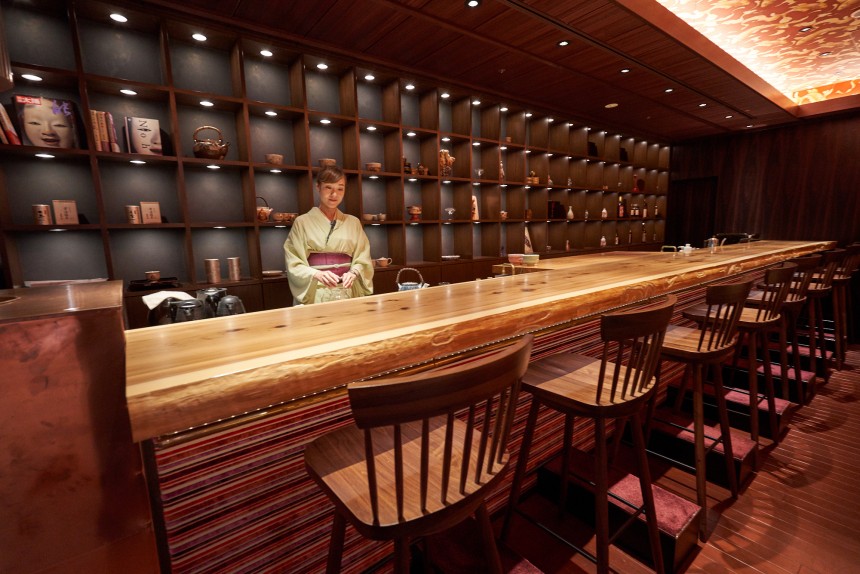 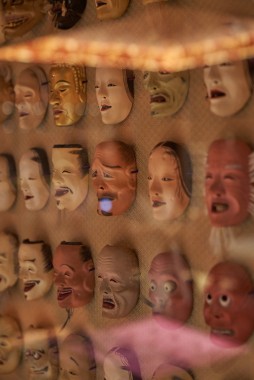 The stage mise-en-scene is an original Edo period oimatsu (old pine tree) kagamiita (panel) drawing in Kano-ha (Kano school) style, transplanted from Kyoto, while the ceiling’s goldfish ornamentation is a nod to Nihonbashi’s cultural past, when citizens would come from far and wide to cool off in the summer, while gazing at fish. A panel of miniature noh masks comes from Kimura’s personal collection of Japanese artifacts and crafts. The space, as a whole, is a step back in time to Japan’s golden age of performance.

Kimura’s concept for Suigian is to give visitors an opportunity to witness different schools of Japanese performing arts in a relaxed and intimate setting, eschewing the stricter and more formal performances shown at traditional theaters (such as Kabukiza or the National Noh Theatre in Sendagaya). Often in these settings, performances are prohibitively expensive, long and indecipherable — even for the Japanese. Suigian is the antithesis of this, embracing an affordable price point, shorter ‘highlights’ performances and explanations of the narrative before showtime. It’s also the only venue in Japan to experience different schools of noh, kyogen and other performance styles under the same roof. It’s truly a one-in-a-million chance to see traditional Japanese theater in a close-up environment, with the added bonus of being allowed to take photographs after the actual performance when actors pose and interact with the audience.

Before performances there is a video installation which briefly explains the 650-year history of noh, in which dreams, illusion and humanity fuse into a magical and unforgettable performance. Audience members then get to see the noh performers put on their masks, further pursuing Suigian’s characteristic break from tradition — in more traditional spaces, this is strictly hidden from the audience. It’s a beautiful manner in which the theatrical experience is demystified, the fourth wall between performers and spectators broken down. 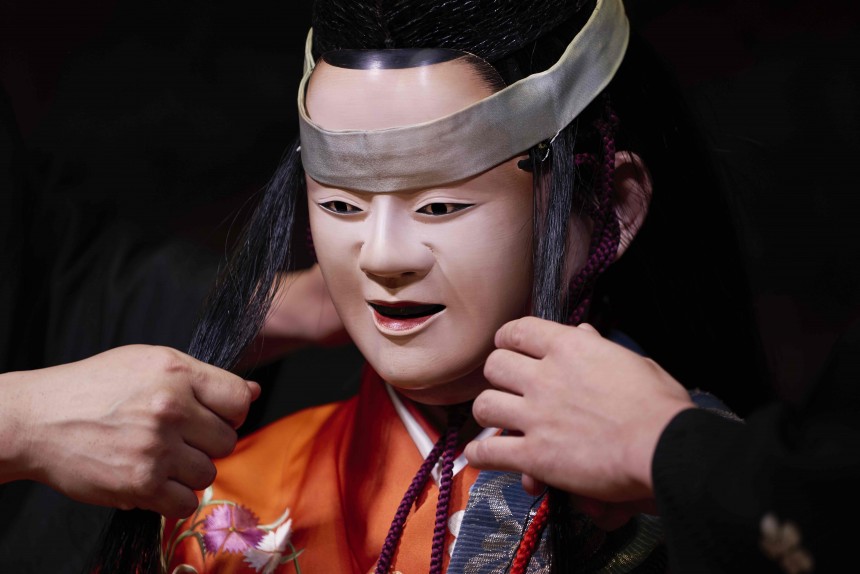 Noh can be a mystical art form with hypnotic chanting, delicate choreography and beautiful musicianship. Suigian’s gei-nagon, also, is a celebration of Nihobanshi’s history as a geisha area. Performances with shamisen, song and dance captivate audiences, the perfect setting for a genuine commemoration of Japanese theatre in a truly distinctive environment.

Suigian has established itself as a cultural hub for all audiences — from first timers to theatre experts, it’s a stunning location to enjoy theater, top-quality cuisine and drinks in a relaxed and beautiful atmosphere. Make it a priority to visit Suigian when planning any trips to Tokyo. Whether you’re a visitor or resident, it’s a once-in-a-lifetime experience you’ll never forget.