The Hole In The Wall

Pies. It’s all about the pies. For many expats living in Tokyo the idea or recollection of pies can be painfully Proustian, as the humble pie is particularly hard to come by in Japan. Sure, new places such as the excellent Setagaya-ku pie shop Punk Doily hit the spot, but what we are really after are pies in a pub. A place where people congregate, drink some pints of Guinness, IPA and cider, and nibble on Cornish pasties and scoff down the great British pie in all its glory.

Well, the wait is over. The Hole In The Wall, situated in the burgeoning Nishi-Ogikubo area of the capital, has everything: pints, wines, spirits, a modern and comprehensive British menu, plus a welcoming atmosphere and a super outside seating section which are reminiscent of a home counties country pub. It’s also dog-friendly — for all those thirsty canines out there.

Owned and run by English/Irishman David Carmichael and his Japanese wife Maki, The Hole In The Wall is a contemporary English pub which gives a sly nod to old English bar traditions such as the large jar of pickled eggs, which sits proudly on the bar. Maki has history in the pub trade as the previous owner of the very compact Asagaya Cave (located in nearby Asagaya), but The Hole In The Wall is a larger and more challenging proposition. 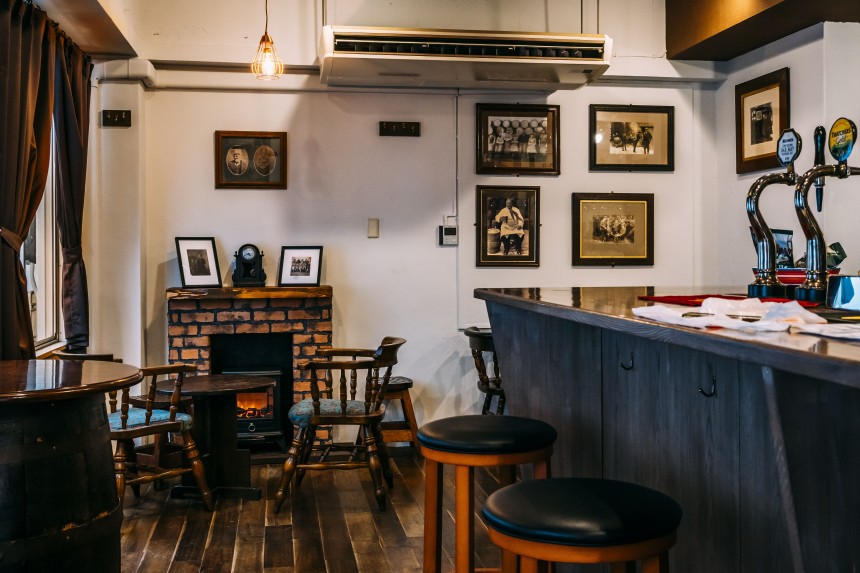 “We were hoping to find a new place much bigger,” says Carmichael. “Originally I wanted to open an Irish pub because I’m Irish but I thought it would be better to open a British pub since it’s more flexible. But it took some time to find the right place. We were walking by here in November, and we’d almost given up but we walked by and saw a notice on the door saying it was closing. So we contacted the landlord and luckily it was ok. The place was right. But everything has been rebuilt — the kitchen, counter and so on. 29 people can sit, but with standing we can do more than 30.”

The amiable Irishman, who was brought up in North London, is clearly passionate about British cuisine; he believes the food on offer in The Hole In The Wall is something which can’t be found anywhere else in the city. The menu, lovingly cooked by Maki, is a rundown of classic British pies and nibbles. “I think [British] home cooking like this, you won’t find anywhere in Tokyo,” says Carmichael. “We do venison pie, chicken and mushroom pie, pork pies, seafood pies and Cornish pasties — these are the main ones that we’ll do. Of course we’ll also do things like steak and kidney pie in the future. Also things like steak and Guinness pie, served with mash potatoes and carrots. Maybe roast potatoes once the fryer is hooked up. And maybe french fries.” 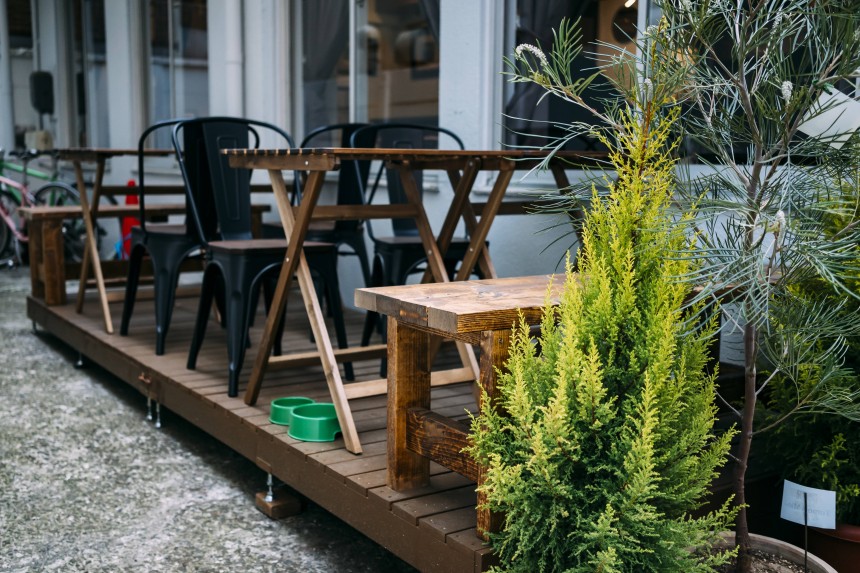 As for drinks the bar currently serves, on draft: Guinness, Heartland, Belhaven Twisted Thistle IPA and Thatchers Gold cider (this is one of the only places in Japan that offers this sumptuous alcoholic apple tipple). A comprehensive selection of spirits and wines are also available. Carmichael added a personal touch to the decor with some photos of his Irish grandparents on the wall in addition to a warm and welcoming fireplace.

“When you come to our bar I can assure you’ll get some great food,” says Carmichael. “You’ll enjoy the cooking, all natural. Even the Irish soda bread is homemade by my wife. It’s even better than my mother’s. Also the atmosphere of the place, as it’s friendly and welcoming and people can meet foreigners and Japanese, and maybe make friends and relax too.”