With the 2016 Olympics in full flow over in Rio de Janeiro, thoughts invariably turn to how Tokyo will cope with the stresses of its hosting responsibilities in four years’ time. While there have already been some minor controversies and a major u-turn regarding the new Olympic stadium, an interesting aspect of the games has received less attention: the choice of new events to be included.

The total number of events incorporated every four years ebbs and varies, but the historical trend is towards expansion, from just nine different sports in the first modern Olympics of 1896, to 28 in Rio and 33 set for Tokyo, the most ever. As new events are added, so others come to be lost, reflecting wider trends in society and sport.

Some recent proposals really are at the outer boundaries of what can be considered “sport,” including the comeback of chess and—no joke—tug-of-war.

Others seem like unfair proposals, as it’s clear that only one country has a reasonable chance of winning. The most obvious of these is American football: a brilliantly entertaining spectacle, but quite obviously in the favor of its namesake nation. And the same applies to sumo.

At the beginning of August, the organizing committee made its announcement of the five new events to be included in Tokyo 2020, so let’s assess which ones to try and find tickets for, and which ones to not.

This pair are included as one event. It’s baseball for the men and softball for the women. Both events have previously been part of the schedule, but were dropped for London 2012, perhaps because in England, it’s known that their roots lie in “rounders,” a frolicking summer pastime for small children.

Pro: These are well-known sports, instantly recognized around the world, and with a nicely familiar touch of Americana about them. Likewise, baseball is huge in Japan, both to watch and participate in.

Con: Although everybody knows what baseball looks like, there aren’t enough countries in which these sports are actually popular for them to be truly competitive international events. Furthermore, for viewers in countries where baseball is not played, the rules and scoring can seem inaccessibly complicated. 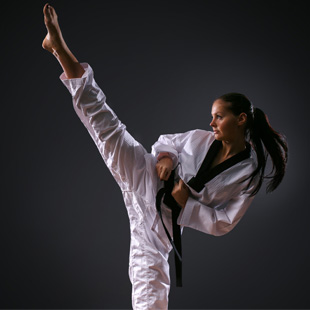 This now global martial art originated in the Ryukyu Kingdom, now the Okinawan islands of modern Japan. As it spread globally, it took on an almost mystical aura. And while for some people it can have a spiritual element, for many, it’s simply a self-defense technique and a fitness regime.

Pro: It originated on Okinawa and it was codified in Japan. Around the world, karate is seen as a distinctly Japanese sport. It’s quick and action-packed, and involves people hitting each other, which for my money makes good entertainment.

Con: The points scoring system is complicated, ambiguous, and difficult for newcomers to understand. Perhaps they could simplify matters and just make it a fight to the death? Also, if we’re going to include a new martial art, why not go for the one which is a more modern, fast growing, and recognizably spectator oriented-MMA?

Sport climbing and its cousin bouldering are becoming increasingly popular, and not just in Sheffield and Boulder. Increasingly, busy people who don’t really like sports are looking for ways to keep fit which don’t involve so much protein powder and shouty instructors, and they find that climbing fits the bill.

Pro: The rules are simple, making it accessible and easy to watch. It’s growing in popularity as a participation sport, and has a lot of appeal to young city dwellers as well as grizzled, craggy veterans. Further, it’s a genuine test of athletic ability, requiring technique, power, balance, and minimal equipment other than for safety.

Con: Although it’s growing in popularity, it’s not there yet, and could be seen as being a little bit niche. 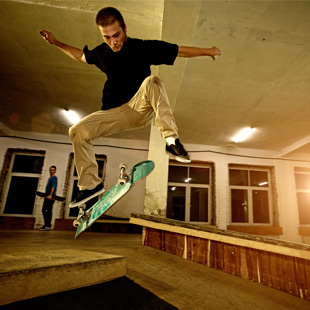 Skateboarding originated in California in the late 1940s. It was first devised by surfers who wanted something to do on land when the sea conditions were no good, and since then it’s grown into a massively influential subculture, affecting music and fashion, and constantly subverting the mainstream.

Pro: If you want to make the Olympics cool, include skateboarding. It has its roots in counter-culture, and it lives in the hardest concrete angles of the city. It’s a massively popular participation sport, and appeals to a younger generation than, say, the equestrian events. It’s also very entertaining: watching a languidly skilled master skater showing off is laugh-out-loud impressive. 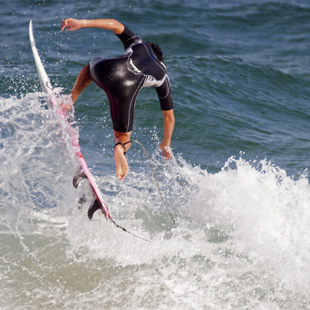 Skateboarding was invented by surfers, so who invented surfing? Its origins are Polynesian, dating back hundreds of years. It was brought to Santa Cruz, California at the end of the 19th century, and through the 20th century it developed into the modern sport we’re all now aware of. Like skateboarding, surfing has a subversive, outsider cachet.

Pro: Surfing is a true spectacle, taking in athletic excellence, breathtaking technique, beautiful natural scenery, and genuine danger. As with skateboarding, surfing can bring a degree of youthful irreverence to the sometimes drab Olympic formula.

Con: It’s not an accessible participation sport. Especially if you live inland and can’t swim. Moreover, as it requires an ocean with decent waves, future host cities may have difficulty incorporating it.