The Treasure Islands of Tokyo

Compared to the mainland, Tokyo’s 11 “Treasure Islands” host an incredible wealth of unique ecosystems, stunning natural landscapes, specialty foods and local products. Each island is a paradise in its own right and has its own treasure trove of activities and discoveries which can be found nowhere else in Japan. It’s hard to believe that these diverse havens are technically still a part of Tokyo, just waiting to be explored.

Dotted across the Pacific, you can reach all 11 islands with Takeshiba Terminal as your starting point. Some of the islands are also accessible via plane from Chofu and Haneda airports. From surfing to stargazing, swimming with dolphins and relaxing beside emerald lagoons, the islands offer travelers an abundance of outdoor activities.

The first five islands are the closest to Tokyo and can be loosely grouped together as they form a somewhat connected line from Oshima down to Kozushima, with Toshima, Niijima and Shikinejima in between. In a recent survey, the number one reason for visiting these islands was due to the ease of access from Japan’s capital, followed by the urge to explore a new area with unique activities. 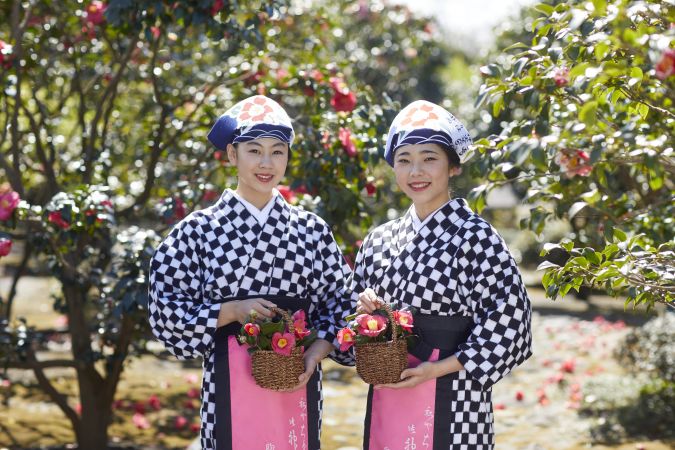 OSHIMA
Toted as an island of volcanic mystery thanks to Mount Mihara, where plumes of smoke occasionally puff into the sky, Oshima is 105 minutes from Tokyo by high-speed boat (25 minutes by air via Chofu Airport) and the largest island of the Tokyo Treasure Islands. Although home to a volcano—its most recent eruption being in 1986—the island is also famous for a much more delicate natural beauty: the camellia flower. Visit the Tsubaki Tunnel, which is famous for its camellias, located near Oshima Park. 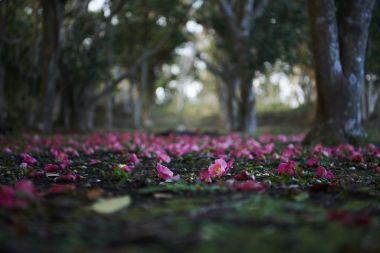 TOSHIMA
Covered with around 200,000 camellia trees and sakuyuri lilies, Toshima Island is a stunning seashell-shaped island famed for its nature and camellia oil, as well as the culinary specialties of horned turban and sakuyuri (a shochu made with sakuyuri lilies sold at Toshima Farm). Toshima is perfect for a calm break, as it has many popular trails for light hikes. Be sure to visit during camellia season to see the ground blanketed in pink-red blooms. 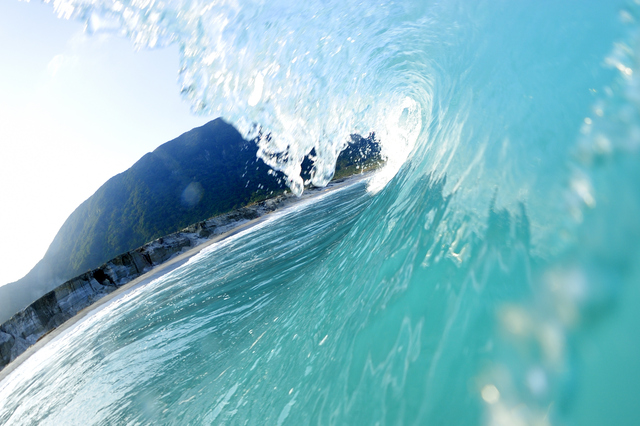 NIIJIMA
A mecca for surfers and lovers of other marine sports, Niijima Island is famous for its white waves and clear waters. Back on land the island is home to Moyai statues, which is the local name for moai statues, derived from “moyau” which means to join forces and help one another, as well as its koga stones, which are sponge-like pumice stones formed from volcanic eruptions. Niijima is one of only two of the major places in the world where koga stone can be extracted, the other location being in Italy.  For foodies, be sure to try the local dried horse mackerel and sweet potatoes, plus the sweet-potato shochu. Niijima is 40 minutes by air via Chofu Airport. 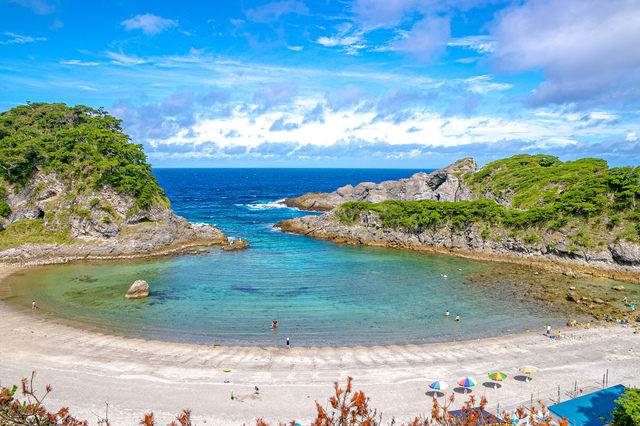 SHIKINEJIMA
Those looking for a relaxing vacation with plenty of sun and sand will be in paradise on Shikinejima Island. With a beautiful emerald lagoon that’s perfect for swimming, lounging and getting some sunshine, every beachgoer will fall in love with Tomari Swimming Beach. For further relaxation, try out one of the island’s many hot springs—Jinata Onsen is especially popular as a Spa of Internal Medicine. For food, try the red squid or gnomefish, and add capsicum peppers for a kick of flavor to your local dishes. 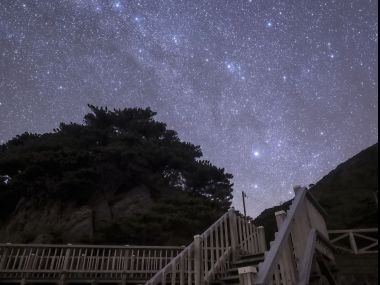 KOZUSHIMA
Known as the “gathering place of the gods,” it’s easy to see why Kozushima Island would be loved by the kami (gods) of Japan. Gaze out at a sea of stars from the Miura Bay Observation Deck where a view of the Milky Way, unobstructed by city lights, waits for you. In 2020, Kozushima was officially designated as an International Dark Sky Park, the second such zone to be certified in Japan by the International Dark-Sky Association (IDA). After your stargazing experience, appreciate a seafood menu of splendid alfonsino (kinmedai) and yellow-striped butterfish. Kozushima is 45 minutes by air via Chofu Airport.

The next two islands are a bit further from the first five, but are each within reach of Tokyo by boat or ferry on a different, marginally longer, route, You can also reach these islands by plane or helicopter. 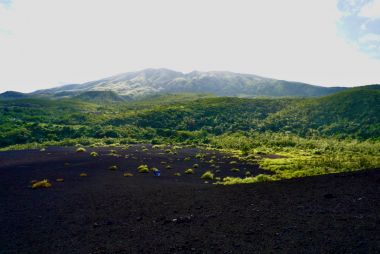 MIYAKEJIMA
A visit to the island of birds is sure to enthrall any avian lover. Miyakejima is known for the Akakokko bird, or endemic thrush, and the island’s harsh terrain makes it a relatively untouched natural paradise. Birdwatching at the observation deck at the peak of Mount Sanshichi is a popular activity, as is swimming with dolphins and cycling. A specialty food of the island that’s relatively unknown in other parts of Japan is Angelica Keiskei, or ashitaba, a hardy perennial herb which can be made into noodles and other foods—even soft-served ice cream. Miyakejima is 50 minutes by air via Chofu Airport. 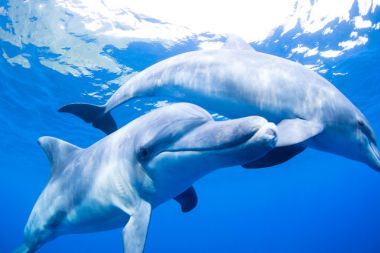 MIKURASHIMA
Nature coexists with people on Mikurashima Island. Go swimming and diving with dolphins, visit the west coast for a view of Shirataki Waterfall or join the volcanic mountain climb. For souvenirs, take home boxwood or mulberry products crafted by local artisans or lovely photographs of the local orchids, Calanthe discolor (or ebine in Japanese).

Islands eight and nine are starting quite a bit further off the Japanese coast and have a long ferry route or flight into Hachijojima. Aogashima is a small volcanic island that can be accessed from Hachijojima via boat or helicopter. 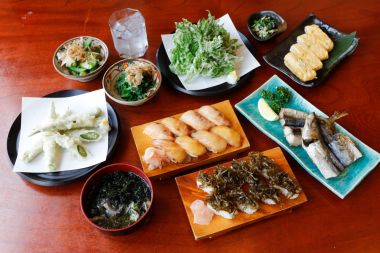 HACHIJOJIMA
A colorful paradise of tropical flowers, Hachijojima is only 55 minutes from Haneda Airport. Renowned for its shochu production, Hachijojima has four distilleries and is the birthplace of local barley-based styles of shochu making. Walk around Uramigataki Waterfall and then head to the nearby open-air hot spring to rest your weary muscles (a bathing suit is required). A particularly lovely spa on the island is Miharashi no Yu, which faces the Pacific Ocean. If you’re looking for adventure rather than relaxation, join a group snorkeling, camping or whale-watching trip. If you’re lucky, you will be able to spot sperm whales and orcas. 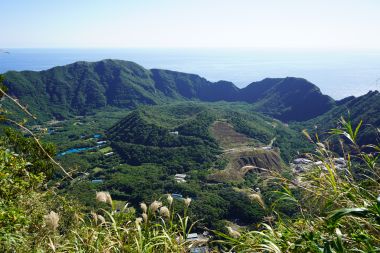 AOGASHIMA
Once an evacuated island due to a large-scale volcanic eruption in 1785, Aogashima was reinhabited 50 years later. Today, it is home to a population of less than 200 people, so tourists can expect to receive a lot of attention and enjoy excellent hospitality as the friendly locals welcome you to their home. Expect to be greeted with bottles of aochu (a local shochu) that is made with natural koji (mold) and wild yeast using ootaniwatari (type of fern). Each aochu has its own distinct flavor and is an extremely rare product as it is only produced in small quantities exclusively on the island.

The last two islands on this list are the farthest from Tokyo and can’t be reached by plane. The journey to Chichijima and Hahajima will take you around 24 hours via ferry. The ferries run a few times a week during peak season or once a week otherwise. That being said, the ocean journey in itself is a grand experience and part of the appeal for many travelers keen for an adventure. 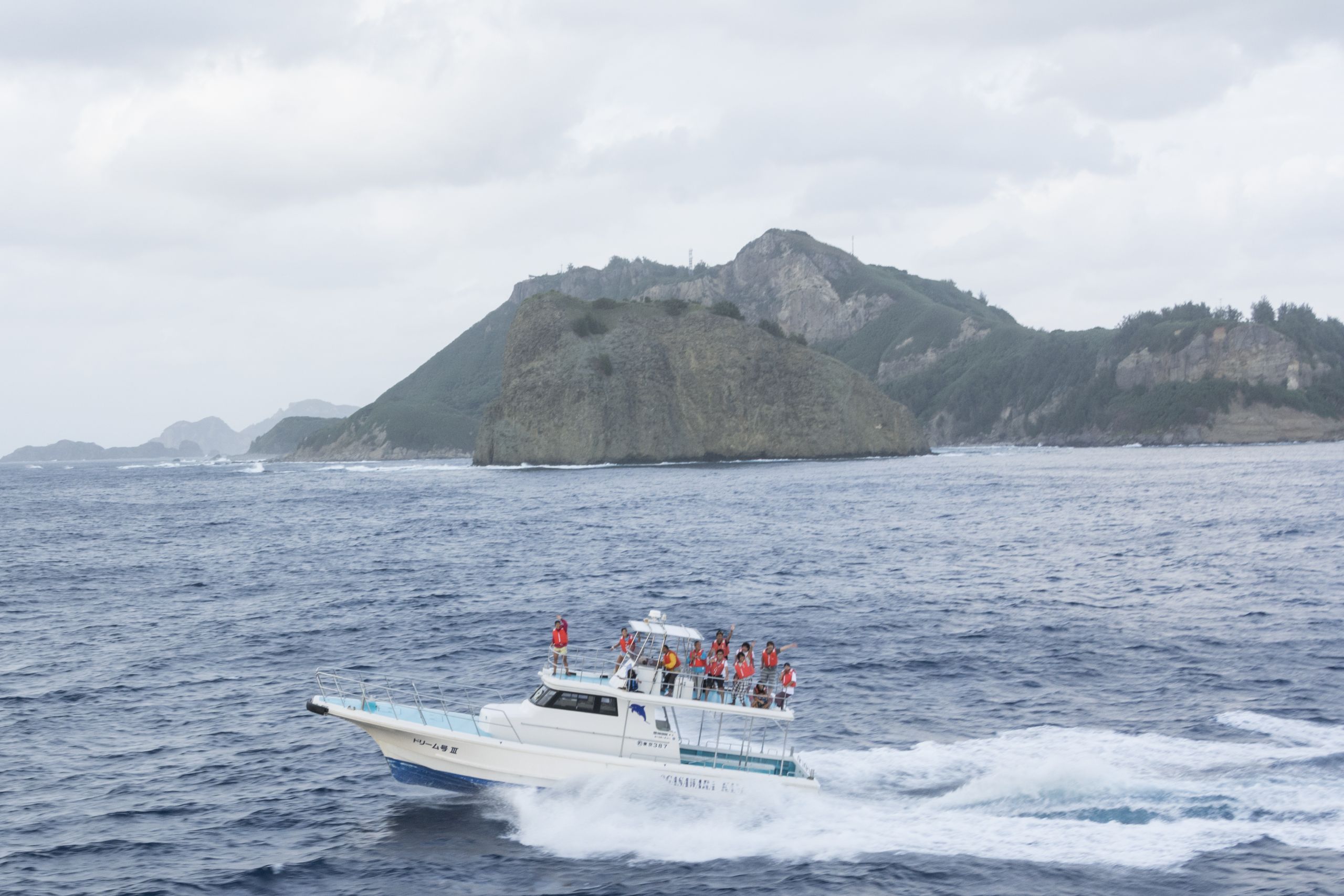 CHICHIJIMA
Chichijima is a veritable host of natural wonders. From December to May, boat tours take visitors out to see nearby herds of humpback or sperm whales, and from May to August you can visit Minamijima, a smaller, unihabited island, to see green turtles laying their eggs and the babies racing to the sea. For the rest of the year, visitors can laze on the beautiful beaches and enjoy local foods such as flavorful mango and specialty coffee. In a recent survey, Chichijima ranked in the top three of islands people most wanted to visit. 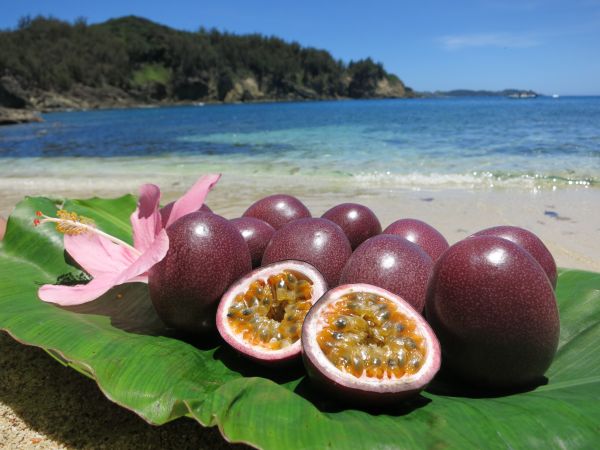 HAHAJIMA
The entirety of the Ogasawara Islands, including Hahajima, were registered as a UNESCO World Heritage Sites due to their unique flora, fauna and subtropical marine island environments. This beautiful island is the furthest from the mainland and is home to pristine nature. Renowned as eco-tourism base, there are variety of tours to see the island’s precious indigenous plants, as well as trips to view whales off the coast. From the beaches of Miyukinohama, snorkel in the clear waters and discover fossils, fish and other marine wonders. Be sure to indulge on the island’s passionfruit, mini tomatoes and ocean-aged rum. 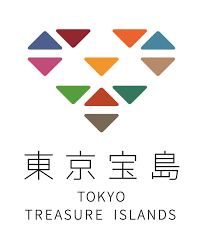 Dig deeper and discover what else the islands have in store:

Get up and close in Miyakejima