Whether it’s to have a fully immersive experience of flying high above the skies of  Tokyo or battle intergalactic aliens, Tokyo’s Virtual Reality attractions have been expanding over the last couple of years, and thanks to the continued improvements in technology they’re continuing to go from strength to strength. On the back of this success, Tyffonium — developed and managed by Tyffon Inc., which has received investment from the Walt Disney Company — has made its mark by implementing some of those technological improvements into a new generation of sensory entertainment, skillfully blending VR and AR (augmented reality) into an even more immersive experience: Mixed Reality (MR). By fusing these two concepts, the virtual space feels much closer to reality as it enables you to see yourself and those playing alongside you as they really are, rather than an artificially created avatar. 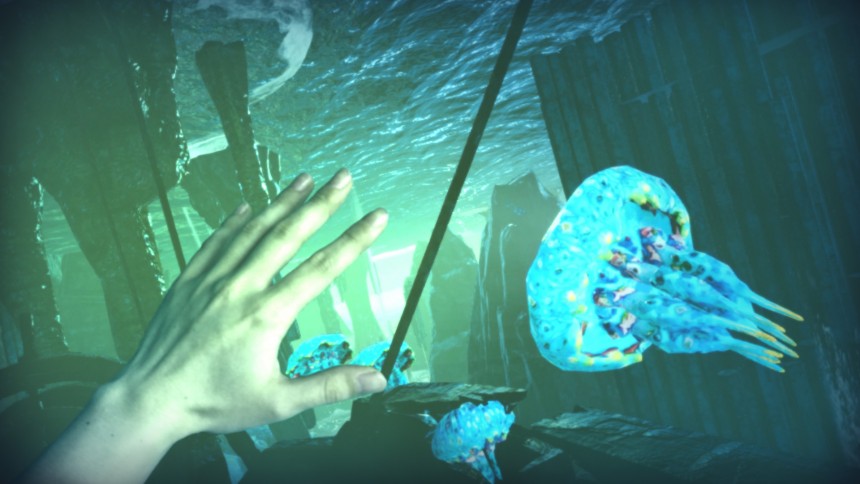 Tyffonium currently has three experiences on offer: Corridor, Fluctus and, new for 2019, Tarot VR: Voyage of Reverie. The horror-inspired Corridor (¥2,400) sees you exploring an old, abandoned European-styled house and its terrifying occupants (not for the fainthearted — 1 in 100 have failed to make it through to the end out of fear). Alternatively, in the more fantastical Fluctus (¥2,000), you sail a ghost ship through an awe-inspiring fantasy parallel universe that’s full of mystery and wonder, complete with wind effects for that extra immersive feeling. For people looking for answers about life, Tarot VR: Voyage of Reverie (¥800), a collaboration between Tyffon and Zappallas, Inc., the No.1 worldwide fortune-telling contents provider, offers a new way to understand the symbolic meaning behind their chosen tarot card by exploring a virtual world associated with their selection. As an extra memento, visitors will receive an actual card with the same design as the tarot card experienced in the VR space, as well as an explanatory book about the result. 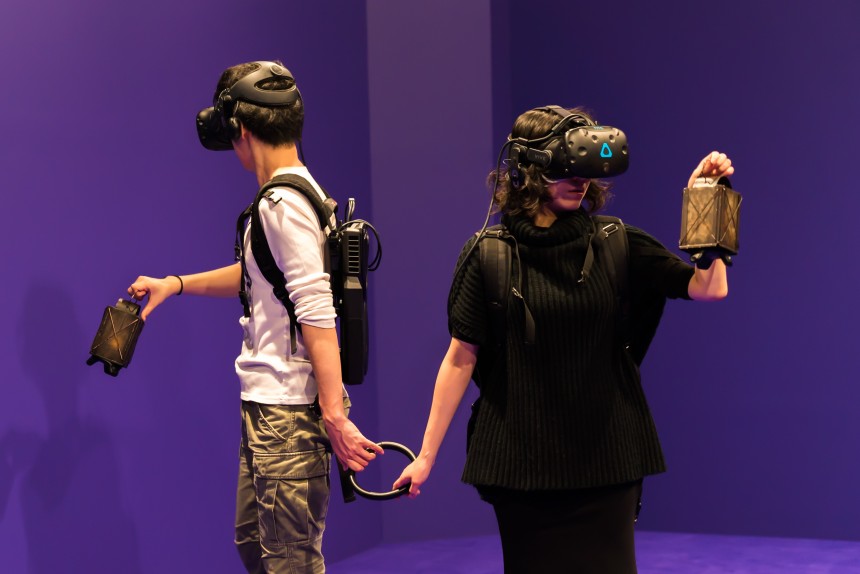 The facility has proven such a hit it now has two locations: the flagship Odaiba store, where visitors can also explore the vast quantity of shops and restaurants in the area, and the easy-to-access Shibuya store which also includes a cafe. The enchanted styling of the cafe, which features an array of prisms hanging from the ceiling, can be enjoyed whilst waiting for an attraction or simply as an experience by itself. Tyffonium is well-suited for those looking for a special experience as first-time users of VR, and if you are put off  from visiting these kind of spaces because of the language-barrier, fear not; the facility is well prepared to accommodate non-Japanese speakers — all introductory videos are subtitled, English menus are available and of course, friendly and helpful staff are on hand to make whatever experience you choose as comfortable and as fun as possible (yes, even the scary one). Day tickets are availible in order to avoid disappointment or long waiting times.