What is MUTEK? For many, the Montreal-born creativity smorgasbord needs no introduction, and indeed resists classification. For the uninitiated, MUTEK is known as an electronic music festival that showcases many forms of digital creativity. First launched in 2000 to explore the intersection of electronic music and new media, the creators initially had no intention of exporting the festival. However, international attendees wanted something like it in their own cities, which led to additions in Mexico City, Barcelona, Buenos Aires, Dubai and Tokyo. This year, MUTEK.JP will take place in venues across Tokyo from November 1 to 4. Expect premieres from internationally renowned electronic musicians, as well as performances from local talent, sound art, talks, VR installations and this year’s big draw—audiovisual performances in Tokyo’s Miraikan.

MUTEK.JP Artistic and Communications Director Maurice Jones has been heavily involved since MUTEK.JP made its debut in 2016. Like many creatives who live and breathe an idea he seems resistant to reductiveness; the ‘electronic festival’ moniker might be a necessary introduction but it doesn’t enthuse him. “MUTEK in general is less a festival but more a concept that is manifested around the intersection of art, music, science and technology.” That being said, he accepts that MUTEK’s content and philosophy might be intimidating to some, which is why he is keen to start conversations. This year’s program combines creative excellence with variety and accessibility, with events that are sure to beak down barriers between artist and audience and create community as well as wow the “viewer.” Metropolis spoke to Jones to find out more.

Metropolis: MUTEK Japan has been on quite a journey since the first Tokyo event in 2016. How does MUTEK’s progress manifest itself in this year’s program?
Maurice Jones: Indeed it has been quite a journey since 2016. We learned a lot the past two years, moving from a small live house in Shibuya in the first year to beautiful Miraikan in the second year. Since the beginning we have always had certain principles guiding our program but this year I believe we made a big leap forward in embracing those principles. The program is more carefully curated and this year is showcasing our most diverse program to date. Be it in striking a good balance between the local and the international, between showcasing a variety of artists that work with different concepts and technologies, or having a more balanced lineup in terms of gender equity.

M: What is distinctive about MUTEK.JP?
MJ: I believe that MUTEK.JP touches upon certain conversations that are predominant in Japanese society. One of these conversations is centered around a post-humanist world. With the advancement of technology and things like Artificial Intelligence and advanced robotics on the horizon, Japan is one of the most forward-thinking countries when it comes to imagining life beyond the human being. This is a conversation that is strongly represented in the arts with the digital arts definitely taking the lead. 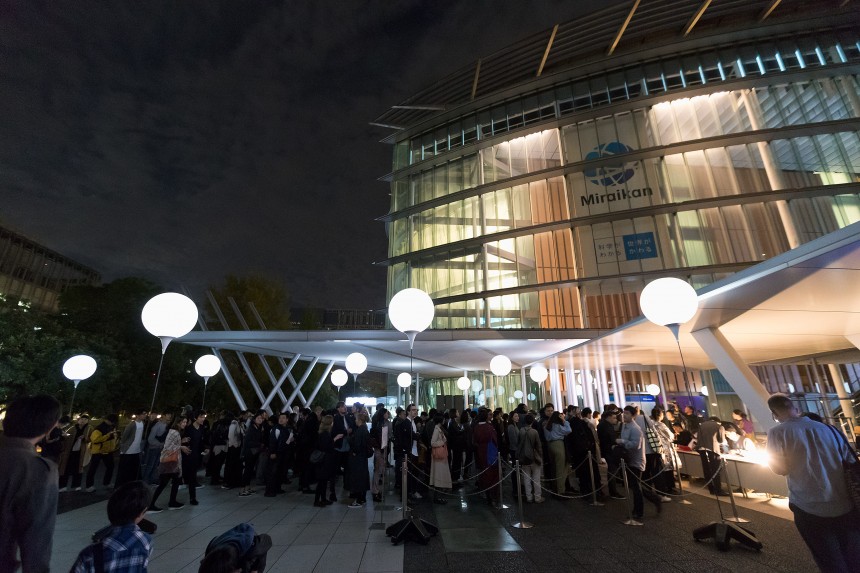 M: MUTEK is unusual in that you aren’t tied to a particular genre or medium. How do you choose what goes on the program?
MJ: The main guiding theme is definitely the interaction between humans and technology, but as you said, this field is very broad and can entail a variety of different interpretations. While there usually is not a central theme that guides the whole festival, there certainly are reappearing topics that guide the program. In a nutshell it’s the advent of advancing technology, how we deal with these advancements, but also what societal questions arise from the advent of these new technologies and how can we use them to address age-old issues that are deeply rooted within our societies.

M: Electronic music has historically been male dominated and in February 2018, MUTEK signed a pledge to end male-dominated lineups by 2022. How has this impacted MUTEK.JP?
MJ: The conversation of gender equality has been a dominant topic within the global MUTEK network the past year. In August 2018, MUTEK Montreal showcased a lineup that was more than 50 percent non-male acts, which was a big statement. The festival accompanied this effort with a two day symposium centered around questions of gender equity and parity on and off the stages. Gender equality is still a very sensitive conversation within Japan, but inspired by the advancements of MUTEK Montreal, we felt that now is the right time to utilize this momentum and touch upon this topic in Japan as well. After only having 3 percent female acts in 2016 and 12 percent in 2017, we were able to reach a female or mixed act ratio of around 40 percent for the third edition of MUTEK.JP. We will also have two days of panel sessions, lectures and workshops discussing questions of diversity and specifically showcasing female creators and innovators. While I’m not a big fan of quotas, I hope that these kind of advancements help shed light on the great imbalances that are still very apparent within the industry.

M: Your day program Digi Lab includes talks, workshops and VR exhibitions. Tell us why we should make time for Digi Lab this year.
MJ: In the past, the Digi Lab used to be more of an addition to the night time performances, a half-hearted effort to present a talk program. This year we went through a lot of effort to really make the day time program an equal counterpart to the night time program. The Digi Lab is really to build a bridge between the artists and the audience, giving insights to their creative work and process, but beyond that to their struggle as artists and as members of society. 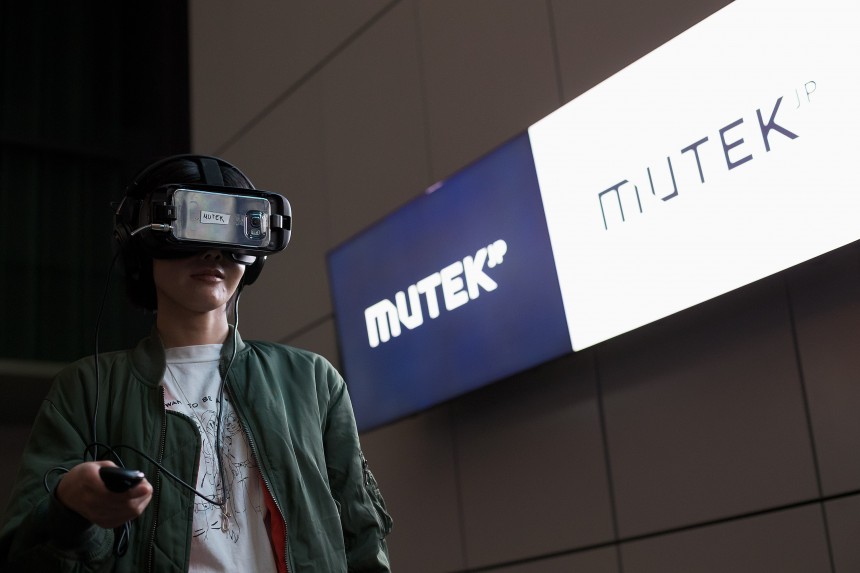 M: Any advice for Metropolis readers going to MUTEK for the first time?
MJ: The program this year is a carefully curated story from beginning to end with purposely placed upsets and confusions. For anyone, who has the time and the energy to go for four days, I recommend experiencing the whole journey. If you cannot make it for the four days, each day has a slightly different focus. The opening on November 1 at WWW is showcasing the most experimental pieces of work, while Friday at Miraikan is focused on heavy sound. Saturday, will showcase mainly audiovisual works, where audio and visuals are equal counterparts, with Sunday presenting a lighter program to provide a nice trajectory after four days of madness.

What you definitely shouldn’t miss are the fully immersive audiovisual shows in Miraikan’s dome theater.