Recognizable as one of the filming locations for the Netflix series “The Naked Director,” Uguisudani’s Tokyo Kinema Club also used to be a cabaret. With this eclectic background and its distinctive retro-Showa atmosphere, it stands out among the many other live venues in Tokyo. Last month, the venue witnessed a new emotive soul quartet, WONK, alongside Kawahara Taro’s R&B project TENDRE, in a vibrant live show. 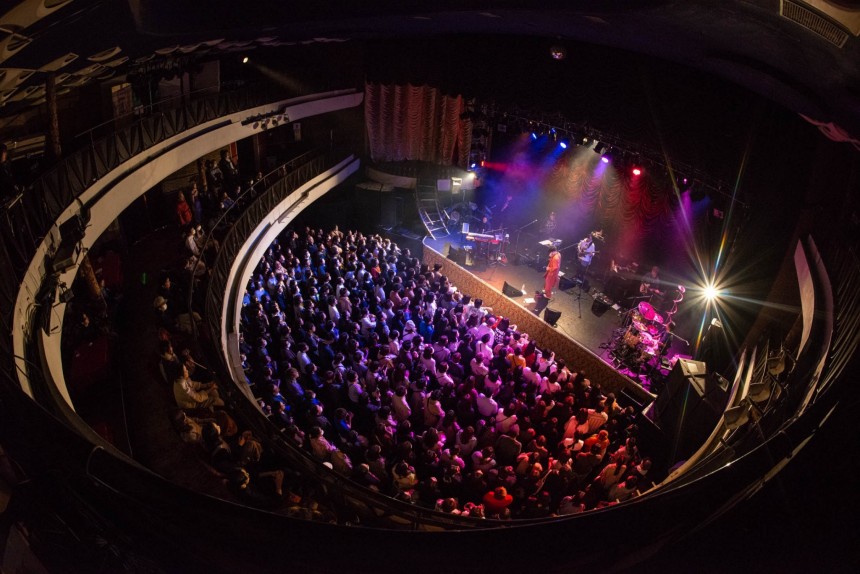 A few minutes over the scheduled start time, WONK appeared on stage with four instruments: sax, trumpet and two guitars, and kicked off the groove-filled night with “Gather Round,” a song from the 2017 album Coaster. The very mellow “Orange Mug” came afterwards, the solo sax perfectly matching this sensual venue.

WONK has defined itself as an experimental soul band and has also expanded its fandom outside of the soul music scene. A lot of R&B and hip hop elements have been seeping into WONK’s songs, such as “Mad Puppet” from the 2019 album MOON DANCE, both of which vocalist Kento Nagatsuka performed on the night, as well as “Promise” which began with a soft flute against a cutting guitar, a playful juxtaposition of sounds that set the audience off dancing.

“Loyal Man’s Logic” to “Sweet, More Better” was a perfect finish to their fifty minute set. The funky moments of jamming scattered throughout the show making WONK a real treat to watch live. 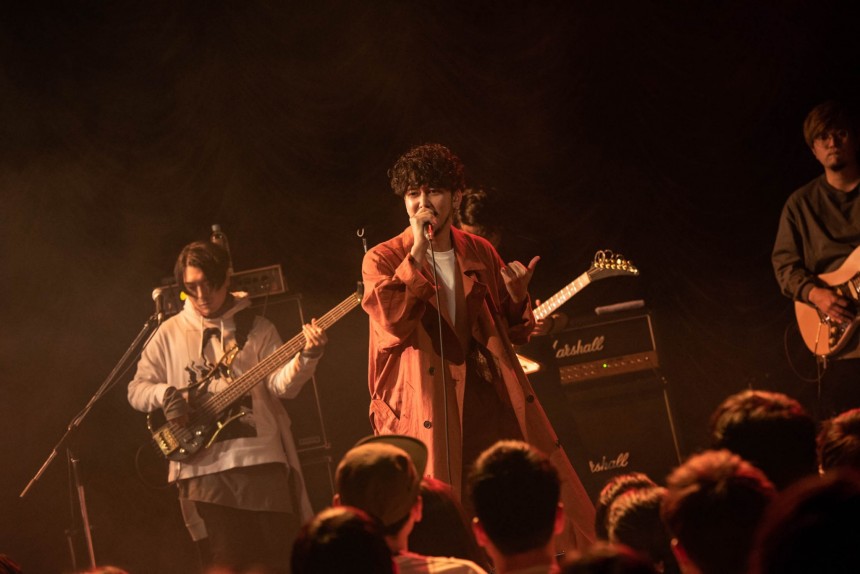 There is no better way for WONK to start the year than performing with another young soul talent, TENDRE. Multi instrumentalist Taro Kawahara, founder of TENDRE, came to the stage along with a minimum band set that included AAAMYYY from Tempalay on synthesizer.

Kawahara spent his 20s supporting other musicians rather than pursuing his own musical career. When he released an album of his very own, NOT IN ALMIGHTY, at the age of 30, he detached himself from his previous style of song writing. Before, rhyme, rhythm and flow took precedence over storytelling in his lyrics, but now this has been reversed, with Kawahara finding new ways of musical expression by using Japanese language and phrases more heavily in his lyrics.

What can be seen between the acclaimed soulful songs of this R&B late bloomer was his humble personality and appreciation to perform with WONK for a sold-out audience. TENDRE went on to showcase many songs from his debut album such as “DRAMA,” “NEED” and “LATELY” alongside “KAMERA,” which AAAMYYY worked with TENDRE on for her solo album MABOROSI WEEKEND in 2018.

For “Dance as if we are all in a club,” TENDRE came back to the stage for an encore and performed one last song, “RIDE.” Under the dark purple light, each member of the audience at Kinema Club danced to this powerful funky tune. 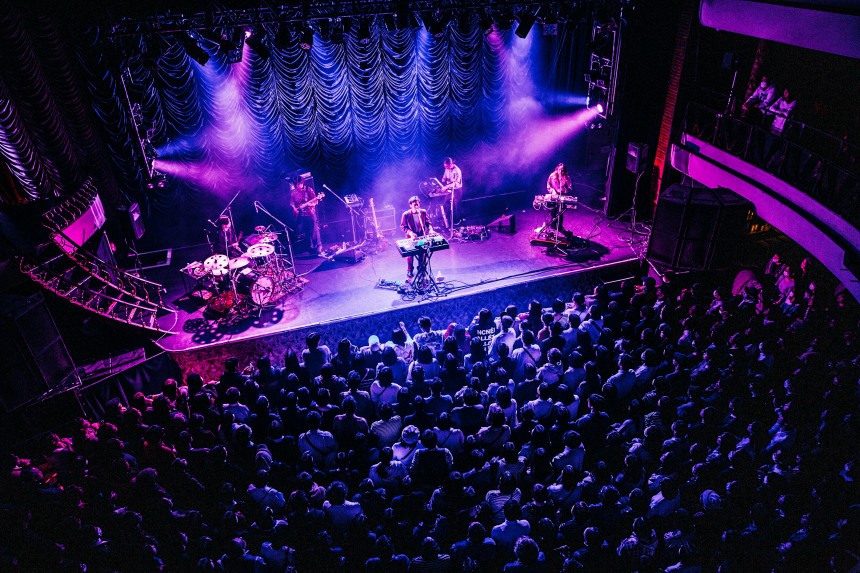 Through adding pop twists to their music, genre-bending young guns like WONK and TENDRE are introducing soul music to younger audiences. As 2020 just kicked off, both bands are expected to be seen on the bigger stages.

WONK and TENDRE will be performing together again in Kobe on Feb 28. For those who missed their amazing on stage chemistry, check out the details of their next upcoming performance here.