Have you noticed that fashion isn’t “cool” anymore? And I’m not talk-ing about the ironically-dated—or otherwise self-deprecating—waves of fashion responsible for oversized and unnecessary lensless glasses. Rather, I mean linguistically. I, for one, don’t remember the last time I was told I look kakkoii or even kūru. Instead, the charge laid at my door is now one of kawaii, even as my years advance and my wardrobe could easily be shared with a ninja in mourning. The time when I knew the tide had well and truly turned was at the rockstar-friendly Royal Flash in Harajuku, where a salesperson fruitlessly tried to push me in the direction of a black t-shirt with a grotesque skull print. His pitch? That it was very kawaii. 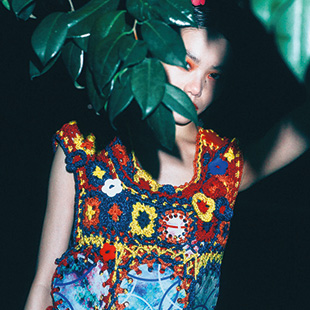 One of the most important competitions in Japanese fashion is actually far from its own shores, in the form of Italy’s International Talent Support (ITS) award. Each year, this competition functions as a means of assessing the current crop of young Japanese designers to find out who has the potential to reach a global audience. And, as ever, the fashion scene—and furthermore Japan itself—is well represented, with five finalists. Key among them is Yuko Koike, a graduate of Esmod Japan’s A.M.I / Accessing Mode Identity program, who is nominated in both the fashion and artwork divisions. The nomination marks this young designer’s brand, Koike, as one you are likely to be hearing about in the future. Elsewhere, alternative fashion school Coconogacco continues to dominate the competition as two of their students, Hiroki Kataoka and Higashi Nobuhiro, join the school’s litany of graduates that shine internationally above their peers from altogether more traditional institutions.

You will have to wait until early July to see who comes out on top, but at the very least it serves to prove—if proof is needed—that Japan is as relevant as ever on the world fashion stage.

In some of the biggest vintage-fashion news in quite some time, Spank!, the humorously-named Koenji vintage shopping destination, is leaving its original location and taking a short sideways step to Nakano Broadway north of Nakano Station. Largely credited with starting the whole pastel-heavy fairy-kei boom back in the 2000s, Spank! also put Koenji on the shopping map for a whole generation. The announcement, delivered in typical low-key style by owner and style icon Tavuchi, was greeted with incredulity online that only served to highlight just what an institution the 1980s-heavy hub of kawaii culture has become—a feat altogether more unlikely when you consider the shop never sold any new clothes as such, only remade and vintage fashion. Indeed, it’s that last point that is the most important. This was one of the first vintage shops that, along with its Koenji sister, the now-defunct Cult Party, was credited with taking entirely vintage stock and, rather than selling it in its original context, repackaging it and to create something altogether new. The sight of foreign fashion fans making the pilgrimage to Spank! to buy vintage clothes they could have bought at thrift stores back home is a true testament to the power of Tokyo fashion, and it will be interesting to see if the iconic shop is capable of repeating this feat over in Nakano.

The new location is on the fourth floor of Nakano Broadway and is open now … just follow the pastel-clad acolytes. 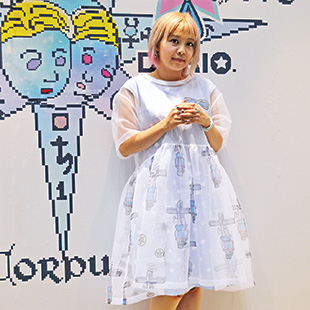 Not to sound like a broken record, but, even in the ever-changing world of Japanese fashion, sometimes a trend really does have staying power. In the case of the sheer over layers you should have spotted being worn by fashion fans across the city, this has been one of the most enduring and extreme trends seen in quite some time. While some thought this would die out on the backstreets of Harajuku, if anything the trend appears to be on the rise in the mainstream. And at the extreme end of the spectrum, as exhibited by today’s wearer of cult brand Dario, the floaty outer layers are only getting bigger and bigger.