Ahead of the Tokyo 2020 Olympics there’s been a lot of media chatter regarding proposals to  make the capital a smoke-free zone. Although unlikely to succeed completely, the city has made considerable inroads into making certain locations, streets and eateries smoke-free to promote a more family-friendly Olympics. On the back of this, vaping and electronic cigarettes, in their multiple forms, have become more and more popular over the last few years. For those looking to quit smoking, however, e-cigarettes aren’t the best choice as many forms include nicotine. This has paved the way for vaping to enter the scene as a fun and nicotine and tar free substitute.

Located in Tokyo’s cultural and stylish hub Harajuku, Beyond Vape Japan has embraced vaping as a lifestyle choice and its store, in addition to selling and promoting various vaping paraphernalia, also serves as a cafe/bar, event space, music venue and retail operation. It’s an ambitious and highly successful venture and the street kids are swarming to it in droves, as well as fashion and health-conscious regulars. 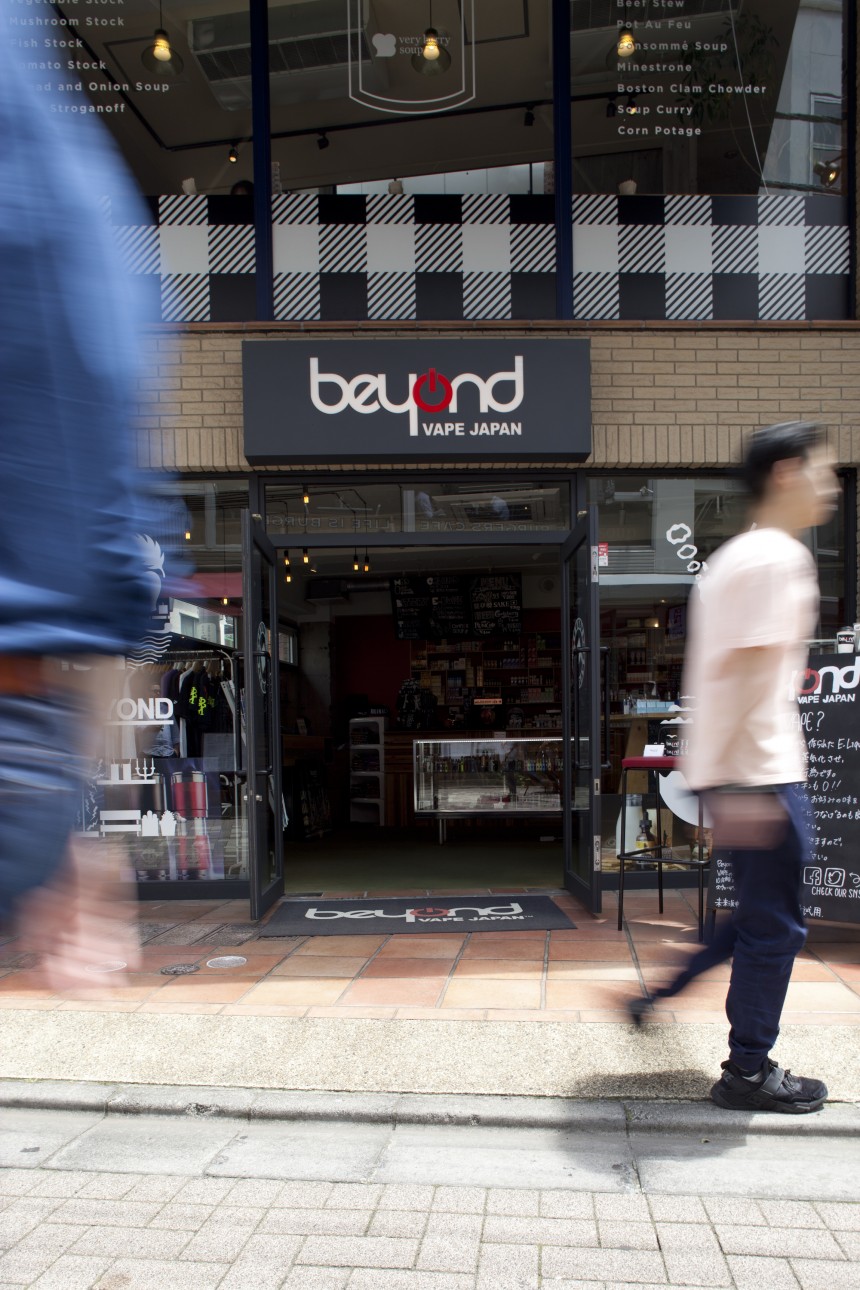 Vaping in Japan is seen as a health conscious alternative to smoking but also as a hobby — which may surprise onlookers. Beyond Vape Japan General Manager Noboru Maekawa explains that “the majority of our customers are in their 30s but those in their 20s go for the more fashion style [of vaping] and of course we have people in their 50s and 60s. Usually the older customer has been smoking in the past but wants to get off it. They might have hobbies but they want another hobby. They also might be fascinated by the vaping culture and they want to start.”

Hailing from the U.S., which hosts ten outlets, Beyond Vape also has a franchise store in Sweden in addition to the store in Harajuku. A second shop has been planned for Tokyo but a location hasn’t yet been decided. The company also has a successful online store and social media presence. 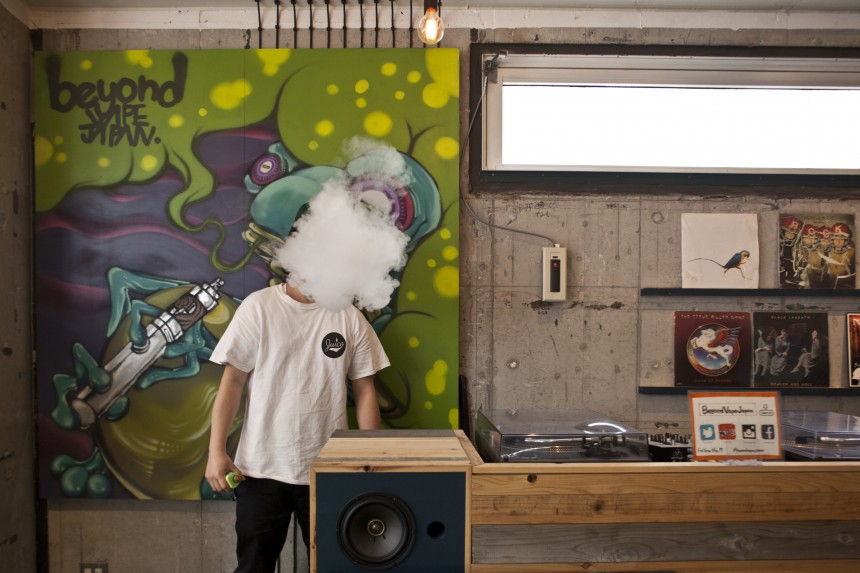 The staff at Beyond Vape Japan are careful to note that vaping is still something of a cultural unknown in Japan. “Although vaping is becoming more popular in Japan 70% of people don’t know what it is,” says Maekawa. “Regarding vaping on the streets, it’s still in the grey zone. In Shibuya-ku it’s classified as tobacco so you can get fined or have it confiscated. We can’t recommend you vape on the streets as it’s unclear where is safe and legal. Just to be on the safe side.” Maekawa adds that Beyond Vape Japan often sees more foreign customers than domestic citing that “it’s probably because of the location (in Harajuku) and the fact that vaping is very big overseas and often endorsed by governments who see it as a healthier option than tobacco. They often have nicotine in vaping abroad but it doesn’t contain tar. Compared to tobacco it’s much healthier.” 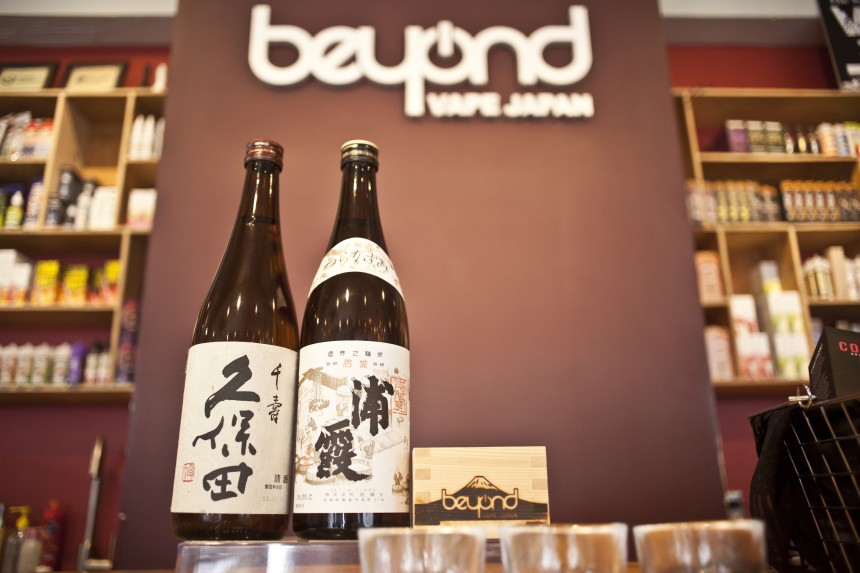 Beyond Vape Japan does roaring trade in its own original flavors such as blackcurrant and minty menthol, lemon cola, monster energy drink, and apple, caramel and tobacco custard. While vaping on some of the store’s 500 ‘juice’ varieties customers can listen to music, sit at the bar and enjoy a comprehensive list of drinks including beer, wine, soft drinks and Japanese sake, including Beyond Vape Japan’s original sake brand. Maekawa is keen to stress that he sees Beyond Vape Japan as a societal fulcrum where visitors can enjoy vaping (a fairly new cultural phenomenon) alongside older and more traditional aspects of Japan such as nihonshu. Beyond Vape Japan, then, becomes a microsom of the capital itself where the traditional blends seamlessly with the contemporary.

Please note entry is prohibited for under 20s