Stretching from forested mountains in the north to the shores of the Pacific Ocean, Hamamatsu is the largest city in Shizuoka and has a long and storied history as both an industrial center and former home of one of the most famous warlords, Tokugawa Ieyasu. To most, Hamamatsu is just a blur along the Tokaido Shinkansen line between Tokyo and Kyoto. However, located approximately an hour from each of these two popular destinations, Hamamatsu is an intriguing spot to spend a relaxing weekend in a city still flying under the tourism radar.

Here is a list of ideas to pick and choose from to build your perfect getaway to Hamamatsu: 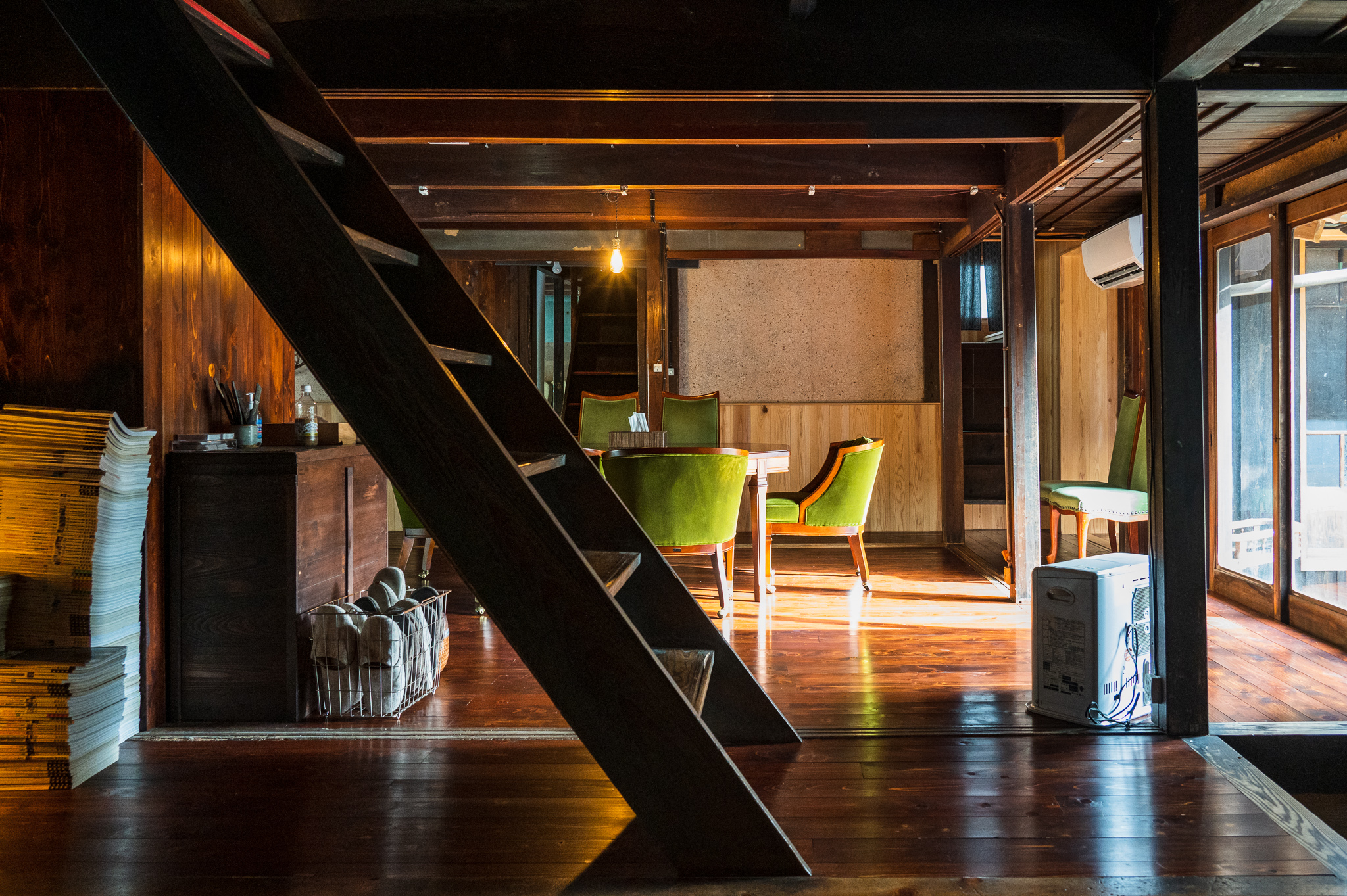 Atagoya is a restored kominka (traditional Japanese house) that’s large enough to enjoy with up to 15 of your friends.

If you crave an escape from the city, Atagoya is a restored kominka (traditional Japanese house) that’s large enough to enjoy with up to 15 of your friends. Although the house has seen 160 years of local history, the owner has spared no expense in renovating it to a modern luxury status. Grab some popcorn for a movie night in the sitting room with an LCD projector and included Netflix and Hulu accounts, or curl up with a good book on a comfy sofa in the sunroom upstairs. In the hot summer months, access to the crystal-clear Atago River is right across the road, inviting you to cool down in its shallow, gentle current. For meals, take a short drive to the local supermarket or butchers and pick up some ingredients for a feast you can make in the kitchen, or outside on the barbecue. Surrounded by the mountain forests of Hamamatsu and the sounds of the river running by, you’ll forget that you’re technically still within the city’s limits. 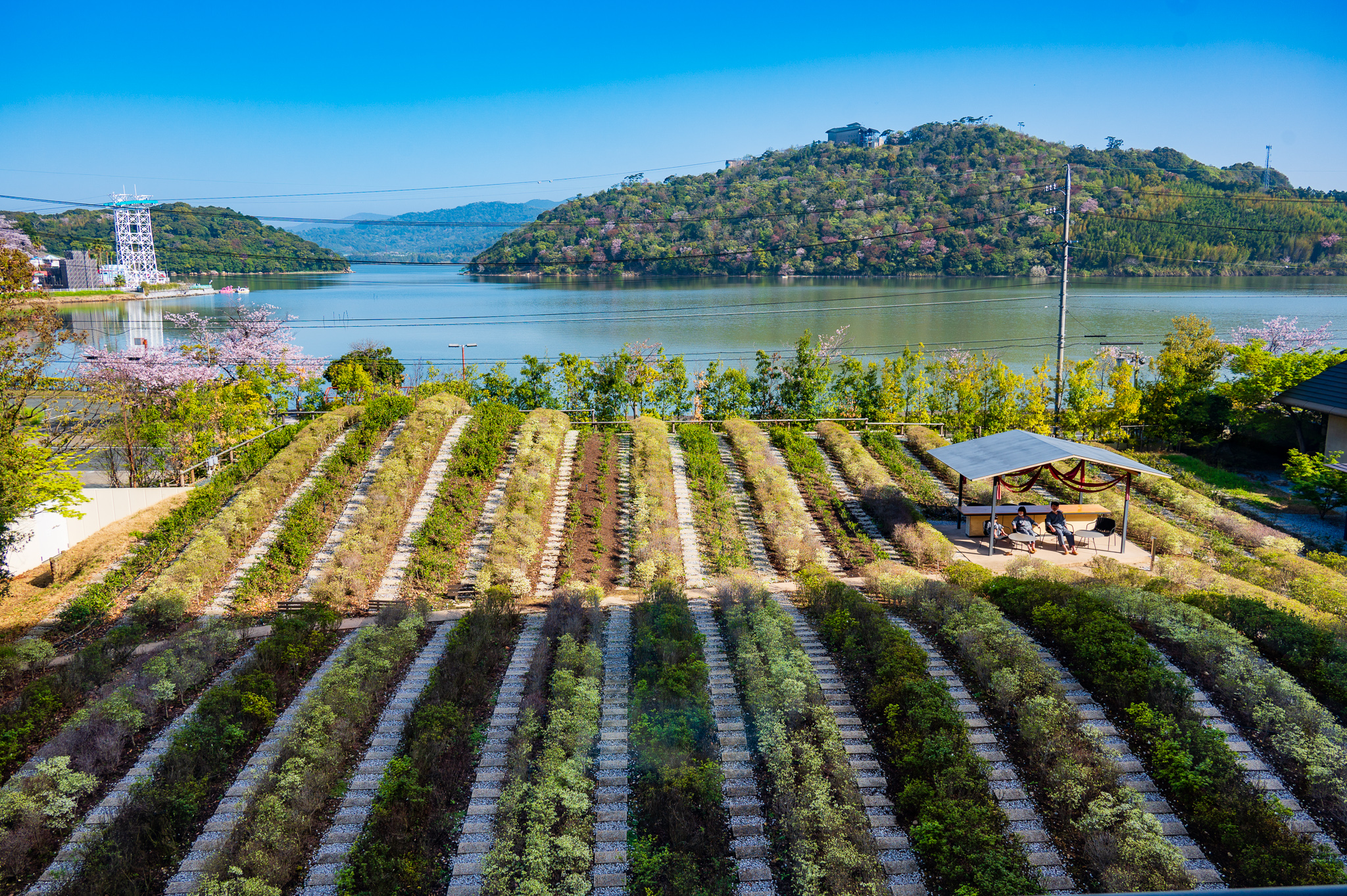 If you prefer a bit of pampering over solitude when it comes to your accommodation, the Hoshino Resorts KAI Enshu is a hot spring ryokan along the shores of Lake Hamana, Japan’s tenth largest lake. The theme running through KAI Enshu is tea, which you will find  incorporated everywhere from the lovely tea field located on-site to the variety of teas served during meals and in the communal travel library (no less than a dozen during our stay), the matcha-green accents on the staff’s uniforms and even tea in the onsen (hot spring). Hana no Yu is one of the four onsen available to guests and is steeped in fragrant green tea leaves, adding a wonderful aroma and healing nutrients to the bathwater.

The rooms at KAI Enshu are spacious and comfortable, with a view of Lake Hamana from the window. Rooms have a private shower, but of course, who would need it when you have your choice of four different onsen?

A stay at KAI Enshu includes a multi-course dinner that include Hamamatsu’s famed unagi (freshwater eel) and other local delicacies, as well as a hearty Japanese-style breakfast. We were pampered by the attentive staff, who introduced themselves by name upon our arrival and were observant enough to set up my chopsticks for my left-handedness during meals. 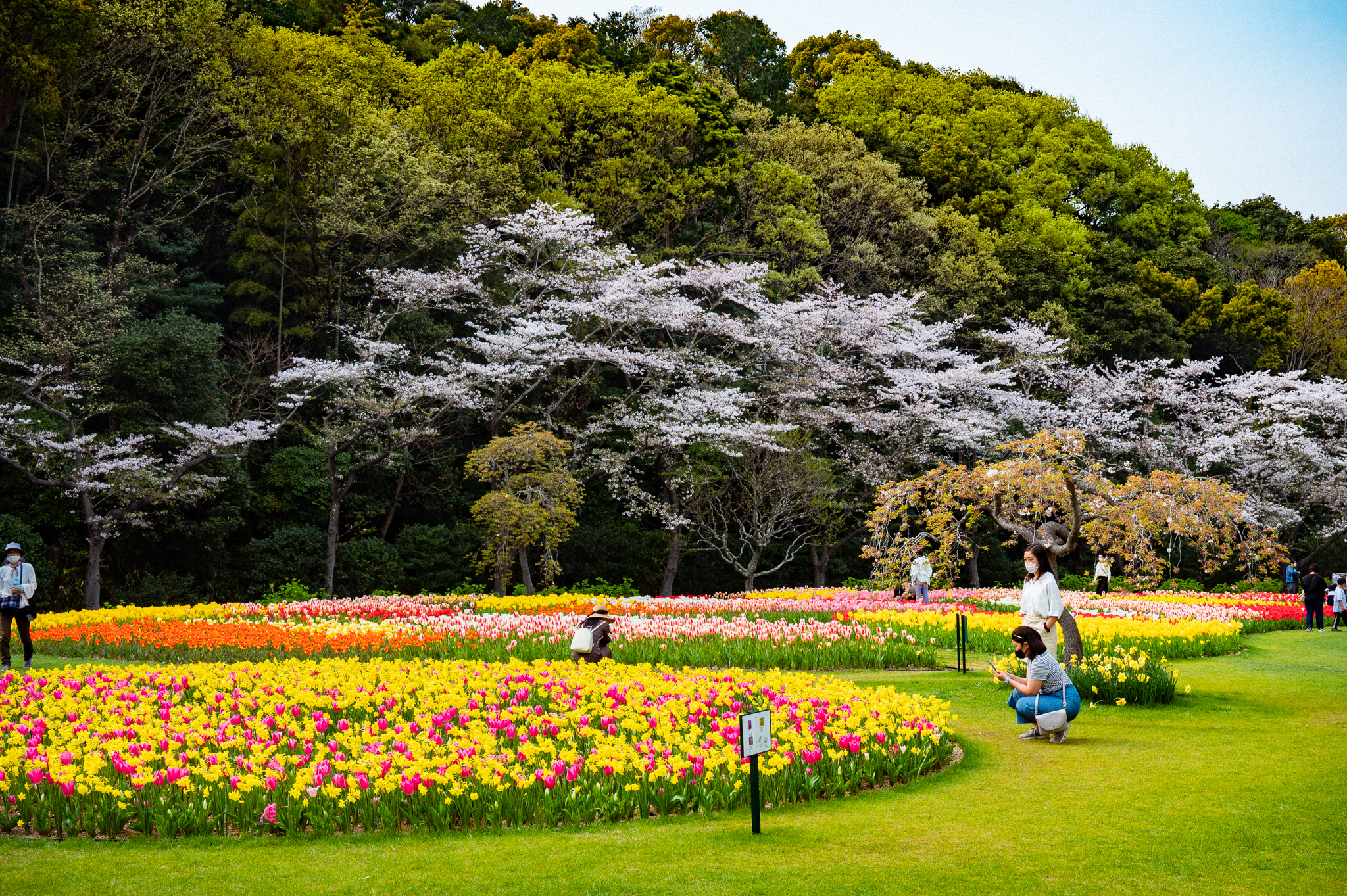 the Hamamatsu Flower Park is a visual treat worth visiting year-round.

A circus of colors, the Hamamatsu Flower Park is a visual treat worth visiting year-round. Things kick off in February with the early blooming plum blossoms, then continue into spring when colorful tulips burst open amongst the hundreds of cherry trees exploding into soft-pink puffs. From there, dozen of varieties of seasonal flowers, including hanging trellises of wisteria, appear. Finally, when early winter arrives and the flowers are but a memory, the park is decorated for the holidays with thousands of Christmas lights. 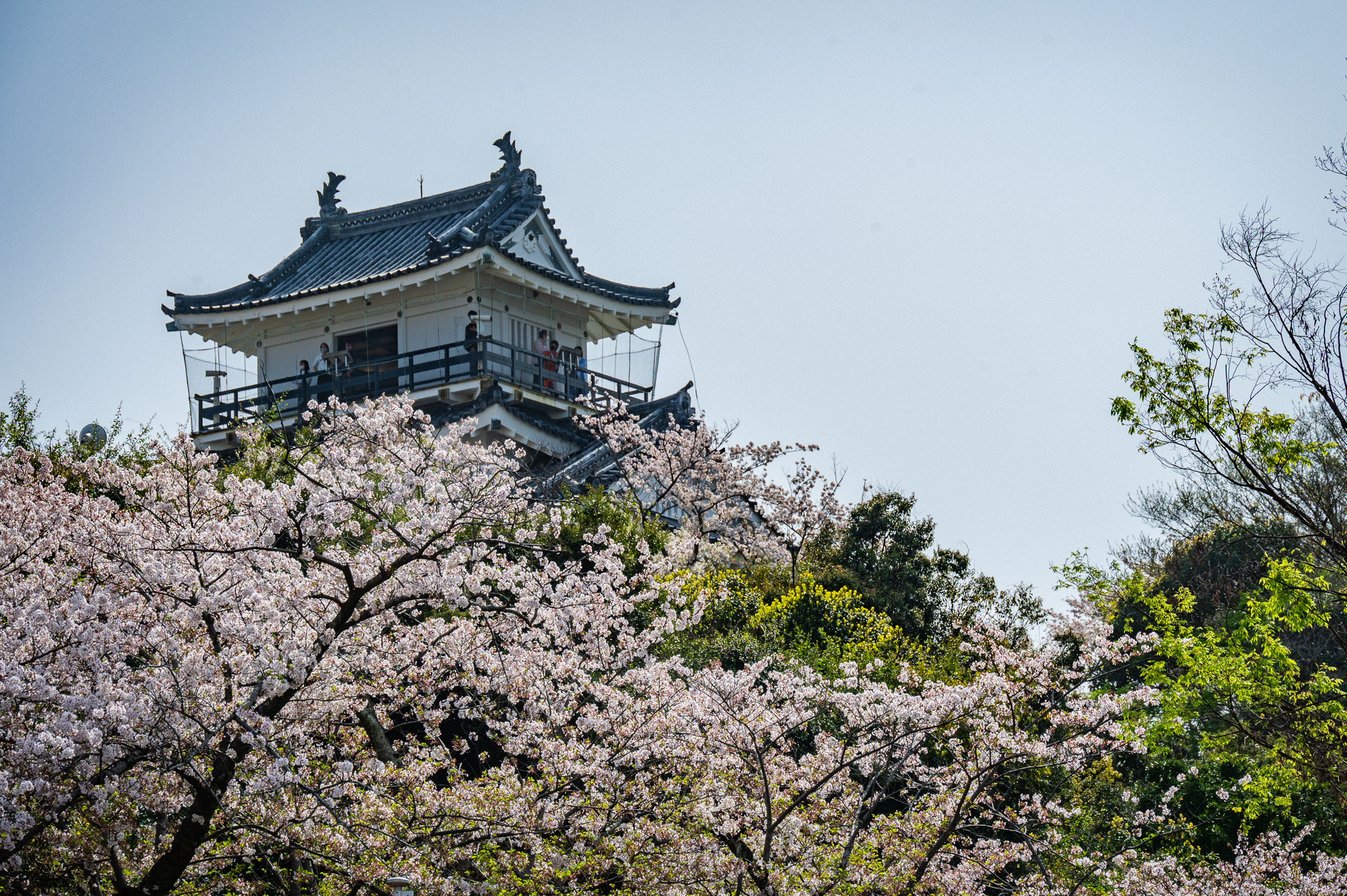 Hamamatsu Castle was once the residence of Tokugawa Ieyasu, the first Shogun of Japan.

Hamamatsu Castle Park is situated in the central part of the city and features a renovated castle tower of what was once the residence of Tokugawa Ieyasu, the first Shogun of Japan. The castle is surrounded by roughly 400 cherry trees, which is most stunning in early spring — day or night, as both the trees and castle are illuminated. After visiting the castle, relax in the Zen surroundings of Shointei, a traditional Japanese teahouse just a few minutes walk away. The staff will serve you Japanese tea and sweets while you enjoy a peaceful view of the garden.

For more Japanese culture, head north into the mountains to discover two more of Hamamatsu’s historically important spiritual sites. Ryotan-ji Temple is the family temple of the influential Ii family, whose members included Tokugawa Ieyasu’s son-in-law and general, a daimyo (warlord) who signed most of the treaties opening trade with the West. The temple’s hidden gem is a rock garden, once inaccessible to the public but now open to all and considered a National Place of Scenic Beauty. 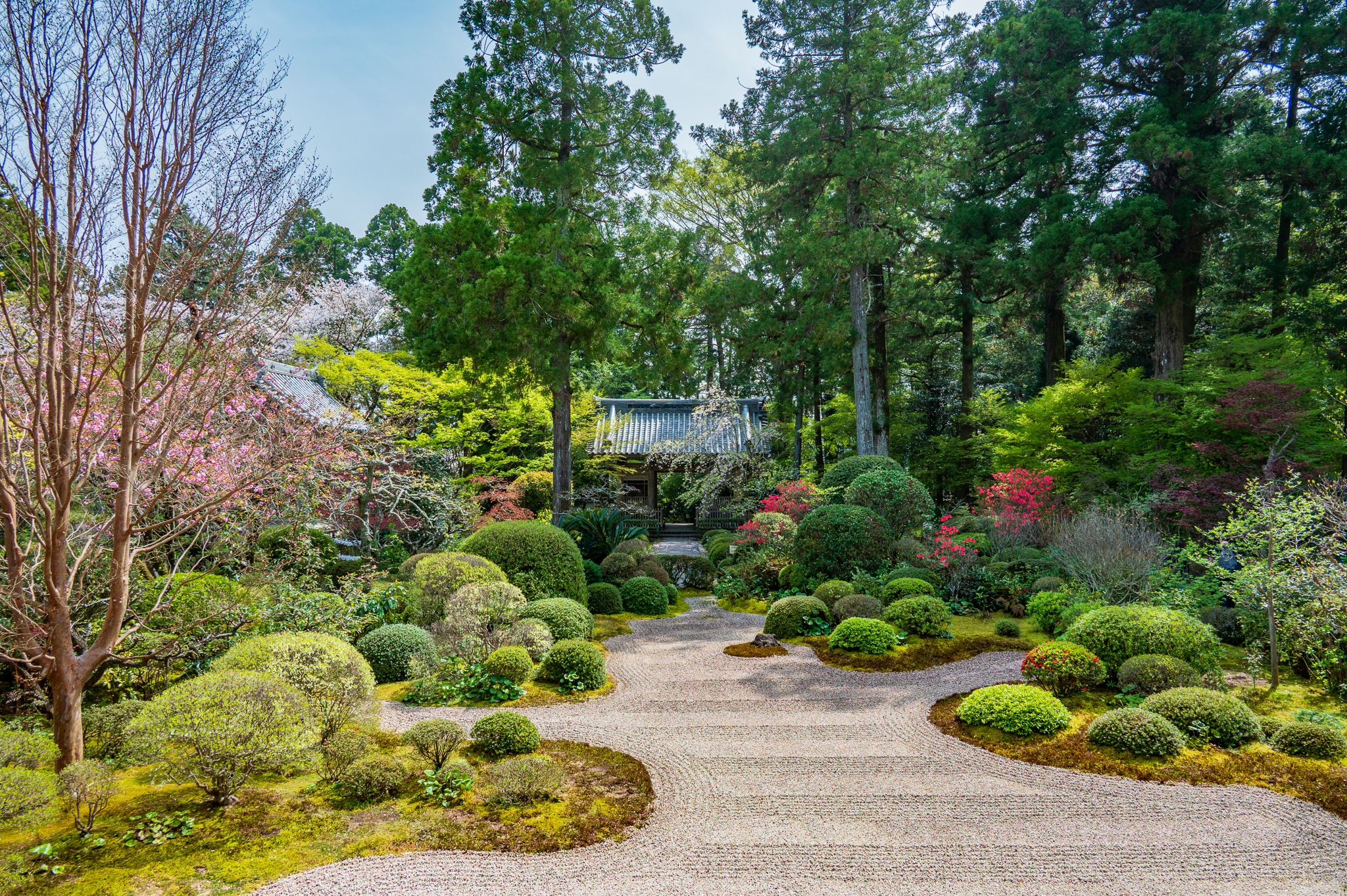 Ryotan-ji Temple is the family temple of the influential Ii family.

High in the mountains, the upper shrine of Akihasan Hongu Akiha Jinja is dedicated to a Shinto god of fire and hosts a spectacular fire festival every December. During the rest of the year, the upper shrine provides a lovely view of the area, even as far out to the Pacific Ocean on exceptionally clear days. Several prominent warriors have left weapons as offerings to the god, including Takeda Shingen, one of Japan’s most feared samurai generals. If you have both time and stamina, the hike from the lower to the upper shrine takes about two hours and climbs 750 vertical meters.

Yamaha Innovation Road is the corporate museum of the Yamaha Corporation, founded in Hamamatsu in the late 19th century. A plethora of musical instruments are on display here, and visitors can actually play most of them. 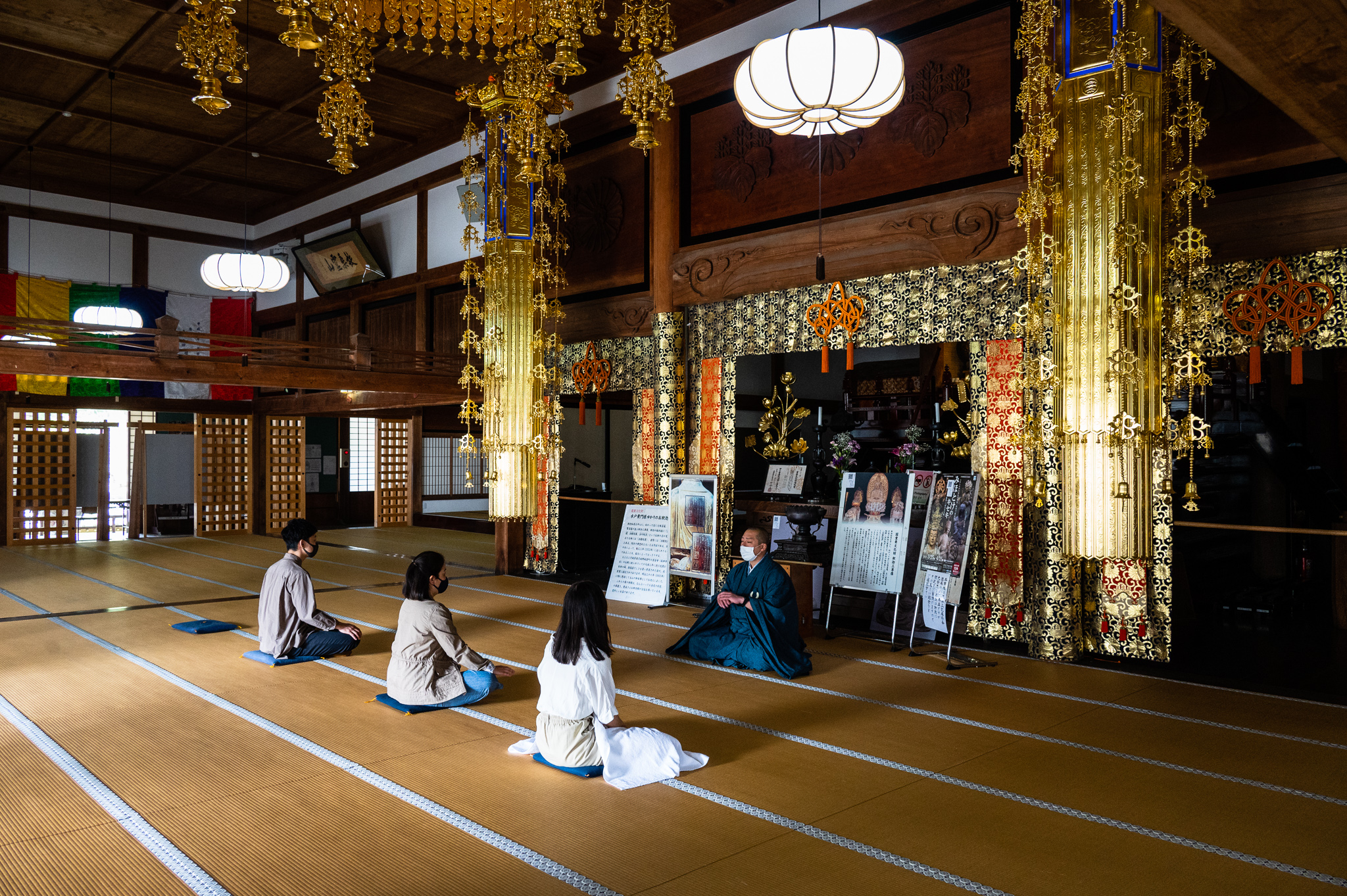 The shores of Lake Hamana make for a scenic and easy cycling experience, with a 67-kilometer cycling course that roughly follows the lake’s perimeter. If you don’t have the time or energy to invest in the entire course, you can cycle halfway and return on a sightseeing boat. Bicycle rental shops are located all along the route, so start and end almost anywhere you wish.

If you’d like to walk in the tabi (traditional Japanese footwear) of a Zen Buddhist monk for a day, Hoko-ji Temple offers a Zazen meditation experience. The experience takes about an hour, with a patient and good-natured monk explaining Zazen meditation before leading you in a 15-minute meditation. After your experience, head to the temple cafeteria and try shojin ryori, vegetarian cuisine eaten by the monks, which at Hoko-ji can also come in the shapes and flavors of unagi (freshwater eels) and sashimi (fresh raw fish).

For a non-spiritual traditional experience, Meijiya Shoyu offers a tour and soy sauce-making experience at a factory using wooden casks and 18-month fermentation periods. Squeeze your own soy sauce in the final production process and taste the incredible umami flavor of soy sauce made using time-honored production methods. 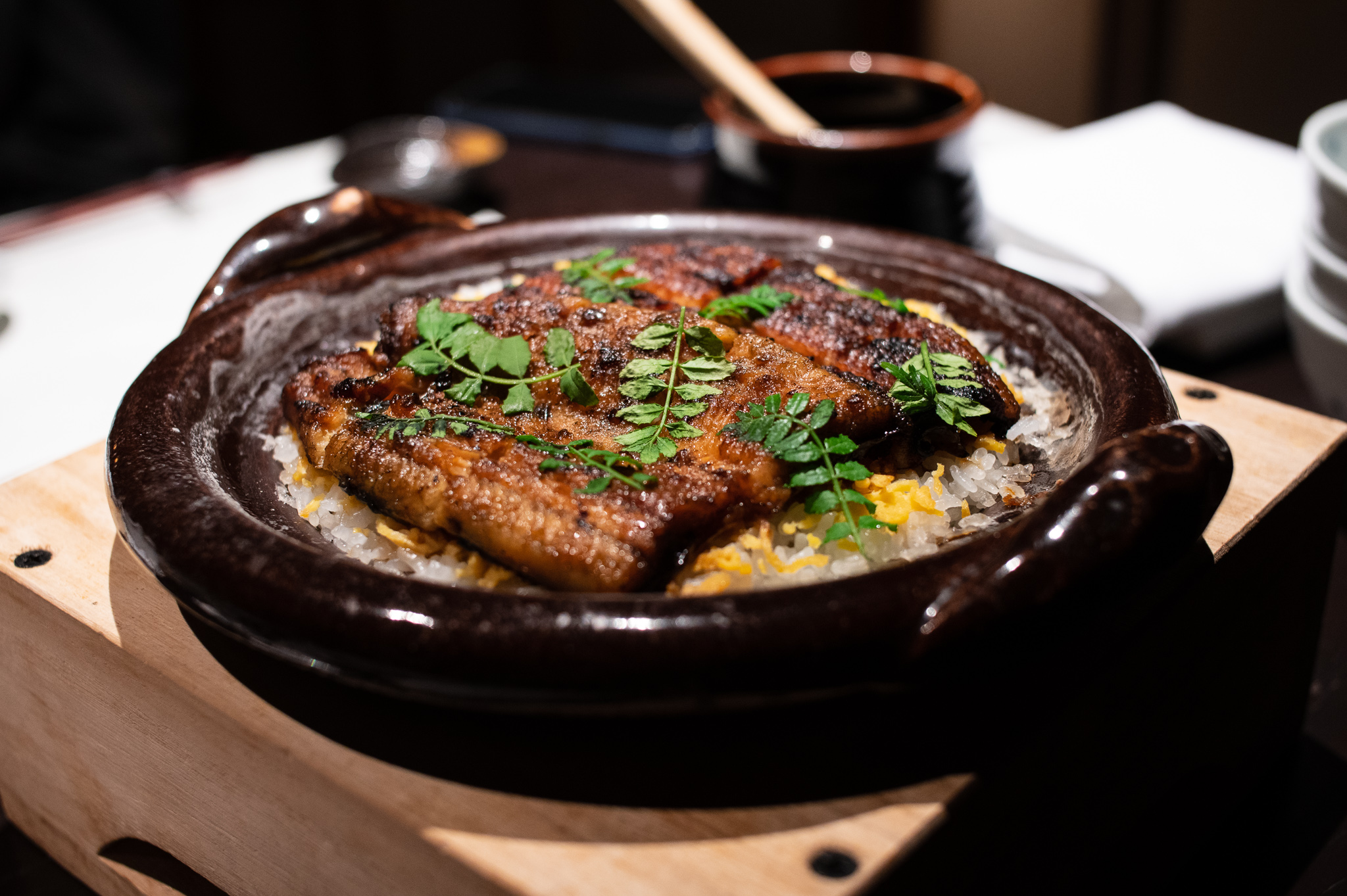 Fresh unagi is a dish Hamamatsu serves with pride, as most of the unagi farmed in Japan comes from Lake Hamana.

Most of the unagi farmed in Japan comes from Lake Hamana. Fresh unagi is a dish Hamamatsu serves with pride. You’ll find dozens of restaurants specializing in this seafood delicacy, including Kanzanjien, situated on the lake’s edge at the foot of the stairs leading to Kanzan-ji Temple. Try the unaju, a box of unagi in a sweet sauce served over a fluffy bed of rice, or various fried foods like karaage (fried chicken) or ebi (shrimp) fry.

With 300 establishments in the city with gyoza on the menu, you’d be hard-pressed not to eat Hamamatsu gyoza. Ishimatsu Gyoza is one of the best-known Hamamatsu chains, serving juicy gyoza made with tender Enshu pork and a slightly chewy skin. Order a plate of 24 pieces and watch how fast it disappears.

So there you have your list of things to see, do, and eat in Hamamatsu City. Choose your favorites, or if you can’t decide, the proximity to both Tokyo and Kyoto means you can always come back again and again.