There are 5,244 individual English-language school locations in Japan according to Oxford Seminars. That figure includes eikaiwa (conversation schools), large chains, small businesses and other institutes. To put things in perspective, that’s over 1.75 times the number of McDonald’s in Japan and over three times the number of Starbucks.

In and of themselves, these telling figures comprise part of the puzzle about the EFL (English as a foreign language) industry in Japan, and the nation’s relationship with the international community, particularly individuals from English-speaking countries.

English-language schools are encampments of otherness which allow a certain percentage of the Japanese population to have access to individuals, thoughts, ideologies, ethnicities and cultures otherwise out of reach on a personal, up-close level

Strolling through a megalopolis like Tokyo yields school after school on corner after corner, dotting even the most remote train stations. Outside of cities, in far-flung rural corners of the country, brand-name EFL branches crop up with stunning regularity along tiny streets, couched between local soba shops and the nearest branch of Gusto. They cater to any manner of need: working professionals, children with eager and sufficiently middle-class parents, returnees from abroad, retirees desiring to foster a new hobby, students seeking additional practice on top of cram schools, would-be university entrants into international programs, or simply the bored and malaised.

At first glance, it might not seem so bad that there is such an ostensibly widespread presence of English-language educational institutions in the country. English is still the world’s lingua franca, after all, and for both economic and professional reasons it’s harmless for most nations to adopt a working standard of English-language proficiency. At the bare minimum, there are far less productive hobbies to pursue.

EFL in Japan: A stopgap in a passive education system

From the outside, then, it might seem perfectly reasonable to believe that lots of schools equal lots of knowledge and a greater ability to interact with the world at large. But EFL schools in Japan are, as any expat who has worked in education knows, a stopgap in place of more effective methods of teaching foreign language within the Japanese school system itself, whether the language is English or otherwise. Children growing up in Japan, despite whatever positives exist within the Japanese educational school system, dwell within an educational box that is inherently passive in nature, emphasizes the repetition of facts, and exists largely to produce test results and to teach shared social morals.

In this way, the proliferation of so many EFL schools both stems from, and results in, deficiencies within the Japanese educational system when it comes to practical, everyday language use. They also play a large role in defining and perpetuating Japan’s relationship with non-Japanese people, and strengthen the perception alone of what constitutes “foreign.”

It’s important to note at this point that, for Japan, foreign language fluency almost always equates with English-language fluency. English is the lens through which the rest of the world is judged, and it is Japan itself that equates “foreign” with “English” (several historical reasons come to mind, particularly World War II and the Meiji era). This association extends from the English language to English-speaking countries, their cultures and their people. 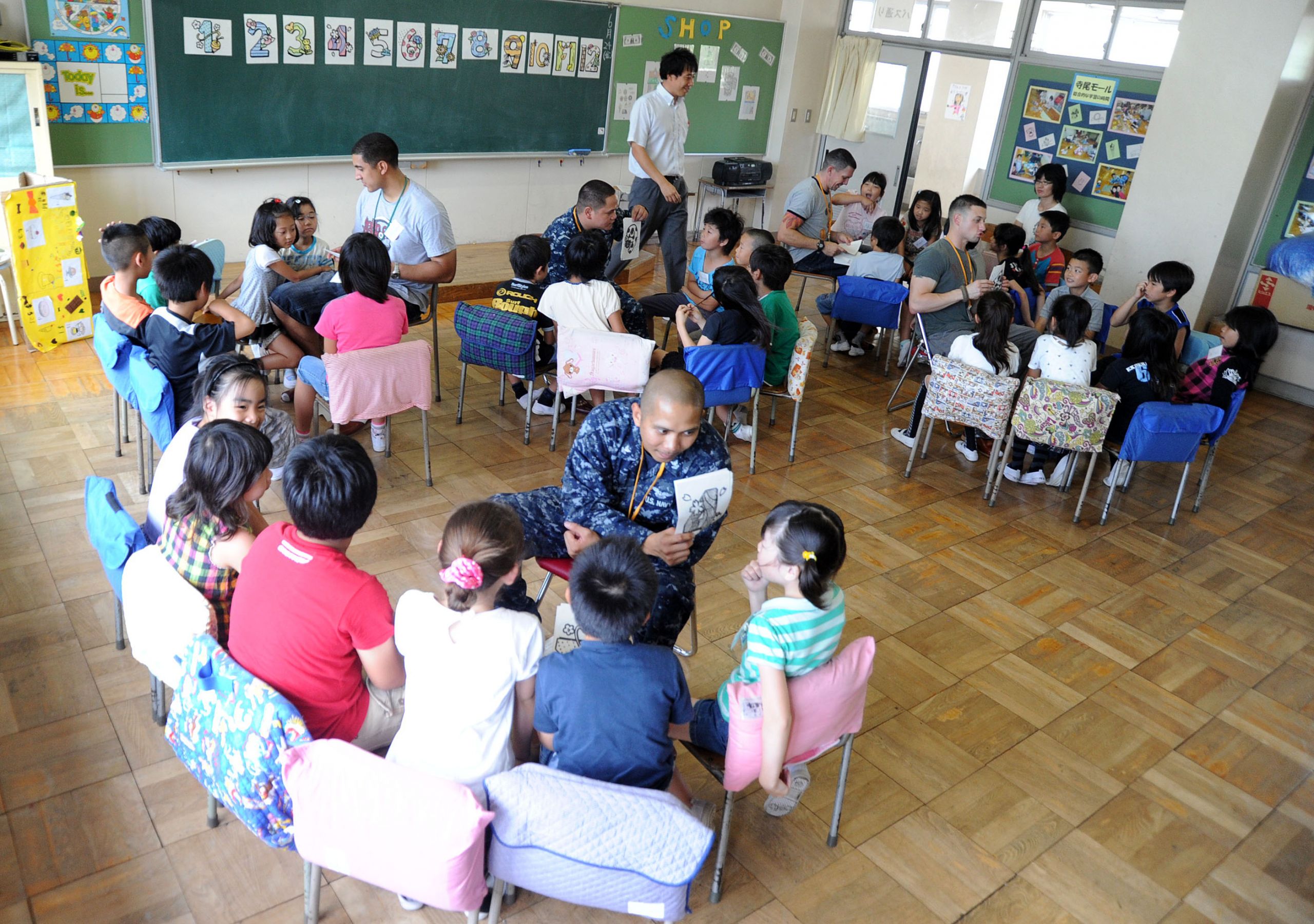 It’s also important to note that if test results are so highly valued in Japan, it stands to reason that such a high measure of excellence ought to result in reasonably strong English test scores, if not a robust ability to communicate with those from other countries. But no, the tests in question exist only within Japan, often as entrance exams for universities. More objective measures such as TOEFL scores depict a dismal, disheartening product of such intensive educational efforts: amongst Asian nations, Japan ranks only above Laos and Tajikistan.

And as for conversational abilities, any word-on-the-street interview with a Japanese national will result in the same answer when questioned about the nation’s English-language ability: “We can’t speak English,” even if more official estimates of skill may be higher. By all accounts, there have been marked improvements as opposed to ten years ago, sure. Of course, there are a thousand-and-one cultural reasons that compound any issues within the educational system: a fear of making mistakes, an unwillingness to step out of comfort zones, holdover trepidation about the “other,” take your pick.

That is not to say that it’s the role of the Japanese school system to produce perfectly fluent English speakers in a non-English-speaking country. Of course not. And this is also not to say that English-language ability is the prime marker of the inclusiveness and progressiveness of the nation.

The issue is one of a system built on a series of compensatory enablers: passive education equals the need for such a tremendous amount of EFL schools, which in turn equals the lack of a push to improve educational systems, resulting in the stability of a now-entrenched, gigantic industry that the economy would suffer without, including heavy-hitters like Berlitz, Aeon and ECC in addition to the swarm of one-off or several-off privately run schools flooding the nation. Consequently, perhaps more English-speaking foreigners are in Japan than would be otherwise. The EFL industry has built more language diversity on the ground level and more opportunities for cross-cultural interaction and helping Japan catch up with the diversity of much of the rest of the developed world.

These English language schools, then, have far more of a daunting task than teaching a foreign language using native talent of various pedigrees, or compensating for the passivity of English classes that people by and large grew up with in school. They play a key cultural role in the nation as cultural ambassadors, at least for countries where English is a primary language. They also exacerbate (along with factors like Hollywood) the notion that “foreign” means “English.” This is the front along which we must line up.

In short, English-language schools are encampments of otherness which allow a certain percentage of the Japanese population to have access to individuals, thoughts, ideologies, ethnicities and cultures otherwise out of reach on a personal, up-close level. Whether it’s the elderly, children, parents, working professionals or just anyone who can afford it, this role is an implicit one, and occurs automatically between teacher and student, all enshrouded within the dome of a for-profit business. 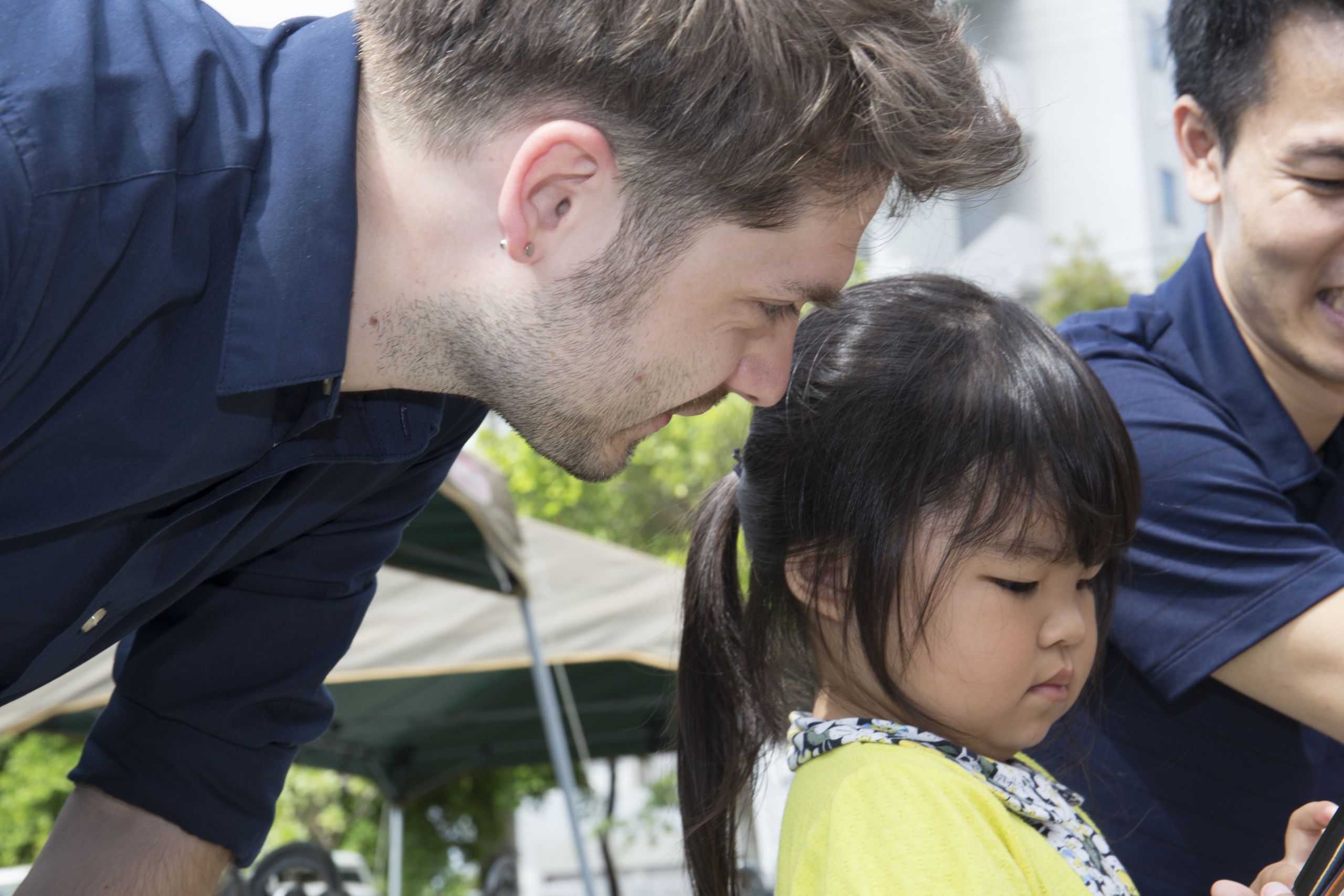 The benefits of EFL education in Japan go beyond test scores and linguistic ability.

And so, the question becomes: is Japan better off for this colossal, commercialized version of shoehorned “diversity” that allows English speakers to wedge their foot in the door and let connections with other nations flow? Or put oppositely: would Japan be worse off if the educational system was ever overhauled to such an extent that English-language schools weren’t needed? Or, at least if the presence of English-language schools existed in a proportion closer to neighboring countries like Vietnam?

The benefit for foreign nationals fortunate enough to have been born in an English-speaking nation is clear: they get the chance to pass through the borders of Japan, dewy-eyed and young, oftentimes, in a line of work that produces a reasonable standard of living, and act not only as a cultural ambassador for their nation here in Japan, but a kind of reverse-representative of Japan to those back home.

On paper, the percentage of non-Japanese in the country is now at an all-time high of two percent, which is over double from 1995, when it was 0.91 percent (compared to a country like England, at 14 percent). But how integrated are these individuals with the rest of the country? It’s unclear whether their presence here actually increases the likelihood of interaction between Japanese and non-Japanese in a meaningful way outside of the classroom and places like “gaijin bars” (Hub, we’re looking at you). Most foreigners in Japan are not from English-speaking countries, but neighboring nations such as China and Korea.

As for native English speakers who’ve been imported because of all the EFL schools in Japan, has the passivity of the Japanese educational system and the resultant saturation of such schools actually resulted in any EFL-related net positives that are enough to offset the negatives of its cause?

There is likely no final consensus to be had for this issue, at least when judging based on numbers and data, or when speaking in abstractions like “national identity.” Perhaps any potential, inadvertent benefits of the bloated EFL industry and its kin, the stifled Japanese educational system, ought to be measured in glances, smiles and the occasional word passed between members of different nations in shops, in lines, on streets, at coffee shops, wherever. Perhaps it’s best measured as momentum, and the texture of societal fabric, and the slow rollover of generations who stand the chance to be more and more involved with our greater, global community.

The current state of English-language ability in Japan may not be ideal, but the benefits to Japan of so many EFL schools isn’t really linguistic, after all. It may simply be better than the alternative: a country with even less opportunities for meeting and knowing those who hail from other places, no matter the setting, no matter the cause.

New York-born professional vagabonder with feet on continents and hands on yoga mats, beer mugs, and hoseback saddles. A daily-rewritten self.

Scientific Literature About an Unscientific World