Rising star of the American comedy scene, Iliza Shlesinger, will make her live debut in Tokyo. She has just premiered “Elder Millennial,” her fourth Netflix stand up special for the streaming service. The American comic has been featured in Elle’s “Women in Comedy” issue two years in a row and her television credits include multiple appearances on “The Tonight Show with Jimmy Fallon,” “The Late Late Show with James Corden,” and  “The Today Show.” 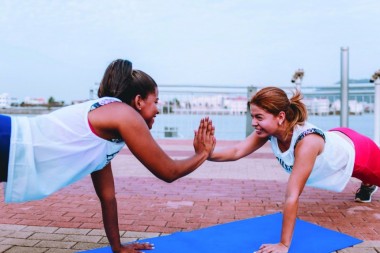 There is so much more to yoga than learning how to stretch in poses that complement your Instagram shots. International Yoga Day is the perfect opportunity to take a closer look and decide whether the discipline has something to offer you. The event will take place in Nishikasai, hosted by Patanjali Yog Samiti Japan and Rakuten Yoga Club. There will be free yoga sessions, lectures and consultations about yoga asana and pranayama (breathing techniques). Whether you’re a skeptic or not, there is much to be learned.

An encyclopedic event that merges presentations, trivia and a little bit (or a lot) of alcohol, Nerd Nite is the kind of education we’ve been waiting for. Originally a science-based speaking event, the global phenomenon has run its course in Tokyo for three years now, serving up drinks, laughs and — of course — knowledge to curious crowds. Drone videos, dinosaur hunters and high-resolution goop are on this month’s menu, along with drinks and food from Tiny Peace Kitchen. Children are also welcome.

This just might become your next favorite place to go this summer. Meiji Shrine’s Niko Niko Park in Shinjuku is converting itself into a bustling evening spot, ready to take your summer weariness and turn it into summer bliss. Thus, within Meiji Shrine’s Outer Gardens there will be tables and benches, as well as ample field space to lay your mats on, to complement the beer offerings. Do note that this is a popular space and it’s recommended to book your table ahead online. Prices listed are for the all-you-can-drink plan.

What started as a ragtag bunch of teens grasping for a rugged yet beautiful sound has now become one of Denmark’s most acclaimed punk rock bands. Led by Elias Bender Rønnenfelt, whose vocals drip in angst and sensuality, Iceage burst out of Copenhagen and into the minds of music critics worldwide with its 2011 debut album New Brigade and has since appeared at high-caliber festivals like Coachella. The band returns to Tokyo after a seven-year hiatus to showcase its newest album Beyondless, released last year.

Krzysztof Penderecki will be performing live accompanied by violinist Shoji Sayaka. Penderecki is a Polish composer and conductor. The Guardian has called him Poland’s greatest living composer. The Tokyo program consists of Penderecki: Prelude for Peace (2009), Penderecki: Metamorphosen – Violin Concerto No.2 (1992-95) and Beethoven: Symphony No.7 in A major, op.92. This is a must for any fan of classical music and a chance to see one of the world’s most prominent conductors and composers in action. 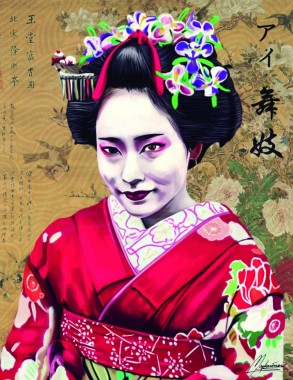 Tokyo International Art Fair is back in Roppongi’s Belle Salle this month, with a bigger selection than ever. Over 150 exhibitors from all around the world will be displaying their works, whether they be photographs, illustrations, paintings, bespoke crafts or sculptures, all available to purchase or simply enjoy. For the less invested, Saturday is your day to peruse, with the fair being free. Come to witness the incredible gathering and global community which expresses itself through a single vernacular: art.

Featuring 26 works by three artists, this photographic exhibit sheds new light on the familiar subject of flowers. Shoji Yoshida, Iwana Akizuki and Junshi Nakamichi go beyond the conventional to contemplate nature, beauty and time as seen through the bewitching world of flora. Withering petals, multi-exposure shots and unconventional color choices showcase a beauty rarely seen by humans, lest it be captured by an artist’s lens. The works are on display and for sale on the 8th floor of the San-ai Dream Center, at Ricoh Imaging Square Ginza’s A.W.P. Gallery zone.

A meticulous craftsman, Motohiko Katano dedicated nearly three decades of his life to the traditional Japanese art of shibori (tie-dye). This exhibit showcases a selection of Katano’s complex, tasteful and stunning indigo works, including kimonos, tapestries and noren curtains. His daughter and major supporter, Kaori Katano, eventually took after his craft. Works by both father and daughter are on display, offering an intimate yet sweeping view of shibori’s beauty and legacy in Japan.

Enter the dreamlike mindscape of photographer Daisuke Yokota in his solo exhibition titled “Room. Pt. 1” at Ginza’s Guardian Garden gallery. The exhibition features “photobooks” printed, laid out and bound by the artist himself, as well as multi-channel videos. Contemplative, abstract and curiously saturated, Yokota’s works ruminate on problems of time, memory and place as experienced in the fascinating urban landscapes of Tokyo. Aside from his solo show, Yokota works with fellow photographers to produce zines and musical performances under the crew name “Spew.”

One moment, it’s a large-scale digital photograph. The next, a mind-bending oil painting with brushstrokes nearly invisible to the naked eye. Spain has a long tradition of Realist painting, from the mirror-like realism of the 17th century court painter Diego Velázquez through Francisco Goya in the 18th century and today in artists such as Antonio López García. Featuring 59 contemporary works from the European Museum of Modern Art (MEAM) in Barcelona, this exhibit aims to promote and disseminate the wonders of modern figurative art.