The Jesus and Mary Chain

Glaswegian indie rock legends The Jesus and Mary Chain grace Tokyo with their presence at Studio Coast this month. One of the most influential bands of the ‘80s and ‘90s, they basically reinvented rock music with debut album Psychocandy from 1985. Noisy, famously grumpy and mischievous, the Reid brothers (William and Jim) recently toured with Nine Inch Nails in the U.S. and are in prime condition for their Tokyo show. Expect to hear indie anthem “Just Like Honey,” which was made super famous by its inclusion in Sofia Coppola’s Lost In Translation. 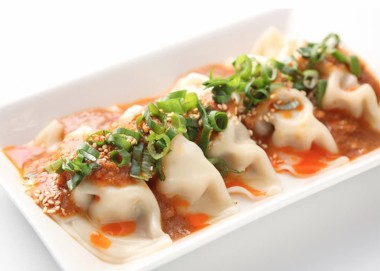 Everybody loves dumplings. Italy has ravioli, China has xiaolongbao, Russia has pelmeni and in Japan, it’s all about gyoza. Otherwise known as Japanese potstickers, gyoza typically consists of minced pork, chives, cabbage, ginger and garlic stuffed within a delicate dough — but some chefs have gotten more creative over the years. At the Gyoza Festival, visitors can try over 30 delicious varieties of gyoza — steamed, pan-fried, deep-fried, stuffed and topped with the most mouthwatering ingredients.

International Theatre Company London returns to Japan for its 46th Japan tour with one of Shakespeare’s most loved plays, “A Midsummer Night’s Dream.” Directed by drama veteran Paul Stebbings, the play, in English with Japanese subtitles, is the perfect night out for theatre fans. In a recent interview with Metropolis Stebbings says, “Japan has a strong tradition of ghosts, magic and with its imperial heritage and institutions is close to the world that Shakespeare knew. In many ways a Japanese audience, with its knowledge and love of samurai and the stories of kabuki, may be a better prepared audience than a modern British one”

Tokyo’s annual one-night art extravaganza returns with the theme of “Night Journey, Daydream” — featuring a dazzling array of contemporary art, design, music, video and live performances throughout the Roppongi area. This year, the festival invites its first overseas headliner: Seoul-based artist Choi Jeong Hwa’s dreamlike installations will connect the Hills Arena, Tokyo Midtown and the National Art Center of Tokyo. The event is a must for nocturnal art lovers, as Roppongi’s galleries will remain open until dawn. 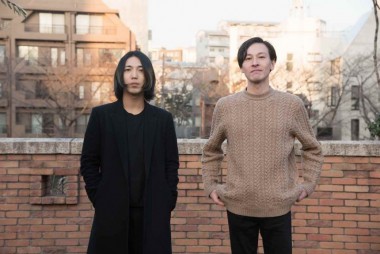 Japanese alternative rockers The Novembers have been making waves in the music scene since they formed in the early noughties. Having supported some acclaimed international artists such as Spiritualized, Ride, Television and Wild Nothing, the band has earned a strong name abroad in addition to its legion of domestic fans. This gig promises to be a belter so get in early for tickets.

Glow and the Forest

Kanto-based indie triumvirate Glow and the Forest play Kichijoji in a Golden Week special event to showcase music from their upcoming and much-anticipated third album. Frontman Matthew Guay leads the trio who are known for their short three-part vocal songwriting approach with powerful choruses. The band are joined by other groups such as HELSINKI ON THE BEACH, SPEARMEN and elrevig for a full day of musical joy.

German technoid Ben Klock established himself as one of today’s most in-demand DJs after becoming a fixture at Berlin’s notorious Berghain nightclub in 2005. In addition to appearing in major techno festivals throughout the world, Klock runs the eclectic Klockworks label, which supports developing talents. This will be Klock’s third show at Contact, following fully-packed events at the venue in 2016 and 2017. Known to create a room rather than simply play to it, Klock’s diverse and expressive sets don’t disappoint.

The Treasures and the Tradition of “Lâle” in the Ottoman Empire

Turkey, being a major crossing point between East and West, has integrated many cultures leading to the creation of many works of unrivalled beauty. This exhibition of treasures from the collection of Istanbul’s Topkapi Palace Museum includes decorative and art-craft objects with the aesthetics and artistic perspectives of the Ottoman Empire. It highlights the friendly ties between Turkey and Japan by presenting works that were exchanged between the Ottoman sultans and Japan’s Imperial family, and other Meiji era art objects making a return visit to Japan.

Ryuji Miyamoto is one of Japan’s most distinguished photographers, famous the world over for his works “Architectural Apocalypse” and “Kowloon Walled City.” The TOP Museum will be showing a retrospective exhibition of photographs by Miyamoto from his journeys to remote regions and cities of Asia. The exhibition allows viewers to challenge their own perspectives through Miyamoto’s and to catch a glimpse of places that perhaps they will never see.

The Museum of Contemporary Art Tokyo (MOT) has just undergone its first renovation since its opening in 1995, and to celebrate, the museum is holding a special exhibition featuring the most striking Japanese works from its own collection of over 5,400 pieces. The exhibit highlights how artists from the past century have created — or woven — their own style and techniques through the critical discernment of existing techniques. The exhibit offers a fresh commentary on the fruits born of the uncomplacent. 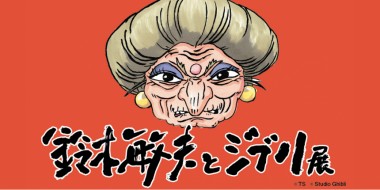 When you think of Studio Ghibli’s internationally acclaimed films like Princess Mononoke and Spirited Away, the name Hayao Miyazaki probably comes to mind. While the animation studio owes much to Miyazaki’s creative genius, along with that of fellow director Isao Takahata, there’s one other figure to thank for Ghibli’s unforgettable feats: co-founder and producer Toshio Suzuki. Modeled on a previous exhibition that took place in Nagoya and Kanazawa last year, this exhibit is a special dedication to Suzuki’s words and legacy.