‘My Pointless Struggle’ by Yohei Kitazato

The secret to success in Japan’s cut-throat business world? Being as selfish as possible

Three years into his white-collar job at the multinational conglomerate Hitachi, Yohei Kitazato decided to step away from his high-pressure salaryman life, and never looked back ever since.

Japan is often touted for its culture of humility and deference, yet entrepreneur Yohei Kitazato strikes a daring rebuttal through his debut memoir “My Pointless Struggle.”

As a creative businessman, he has multiple company portfolios to his name and is, above all, a borderline-aggressive dream-chaser. He drops readers straight into the action, in the middle of a fiercely competitive finance department at one of Japan’s most cut-throat, elite companies, and into the electric atmosphere of Shibuya, one of Tokyo’s most notorious nightlife districts. His method to corporate success? Being as selfish as possible. 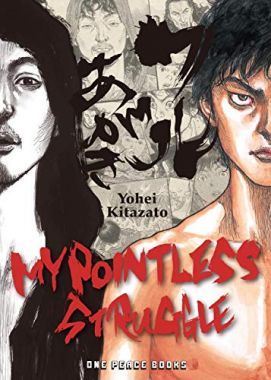 Translated version of the book was published on Feb 2021

Translated by Eric Margolis through One Peace Books with illustrations by manga artist Akio Tanaka, Kitazato’s first English-translated book chronicles his mishaps inside and outside of Japan, from breaking into a soccer stadium, working at a famous host club in Japan, challenging a world-champion boxer and, ultimately, winning at life.

“‘My Pointless Struggle’ gets to the core of what following your dream means — being selfish,” Margolis comments in a recent interview with Metropolis. “You have someone like Kitazato learning how to be a jerk and, in the process, be comfortable with it. Some people might find him funny, while others might think he’s moderately selfish. Either way, it’s an interesting twist on your typical inspirational book.”

Born in Japan and raised in Chile, Kitazato dabbled with the normalcy of a young Japanese man and followed the typical path of someone with his brilliance. After acing college exams, he graduated from the prestigious Keio University and joined conglomerate company Hitachi. There, Kitazato defines—or perhaps defies—what it means to be a part of the corporate world.

“The reason why he was in the corporate world in the first place was to win. For him, it’s just another stage of awesomeness. Getting into a good college and top company and having the best sales,” Margolis remarks. “If he wins that game, he can win at everything else.”

As a writer, Kitazato prefers to tone his story with a touch of flair, dialing up the life events even if they seem ordinary on the surface. “It’s very earnest, turning scenes of his life into dramatic moments, like sweat dripping down his back, being speechless, or listening to a song for the first time,” Margolis adds. It is no surprise to find his story intertwined with his ambition that, perhaps, highlights his self-sustaining sense of grandeur. His journey, both in business and personal life, is as epic as it is mundane.

Yet for a story told by such a conceited individual, “My Pointless Struggle” is not one-dimensional. There is much complexity to Kitazato’s character, however implicit. With the help of King, an unlikely friend who we later found out is a metaphorical projection of his future self, Kitazato dwells on multiple facets of his life with a devil on his shoulder. His own need to prove his ego, strong urge to impress his family and a childhood upbringing that deconstructs the very core of Japanese culture and social norms. 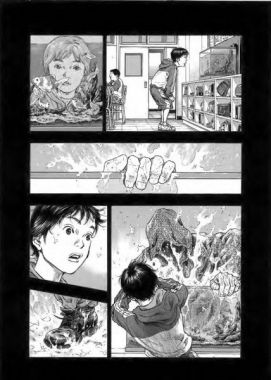 “In addition to being ambitious, independent and free, he’s driven by the motivation to do something for other people in his life. His mom would tell him that if there’s something he wanted that he didn’t get, it’s because he didn’t try hard enough,” Margolis says. “When he was a kid, his only ambition was to be a superhero. In a sense, his ego matures to real ambitions: owning a bar, publishing a book, having a family.”

Would it be meaningful to act aggressively for your dreams? What does success even mean? For Kitazato, it’s about building a wall around your ego, and the barrier itself morphs into different things throughout his life. At one point, it means partying in the flashy Shibuya district and at another time, building a wide array of companies.

“‘My Pointless Struggle’ makes you think a lot about Japanese society and how it’s competitive. Him being unconventional and selfish is even more shocking to Japanese readers than it is to me, but you grow to appreciate him,” Margolis discusses. “At the end of it, I saw that this is a real way to achieve your dreams, and I appreciate how in the end, it’s practical even though it’s ridiculous.”

You can purchase “My Pointless Struggle” on Amazon
Find out more about Eric Margolis’s work on Metropolis here, or visit his website.