Looking back on the late artist, icon, and Japanophile

If you’re interested in David Bowie, by now you’ve probably read the multitudes of tributes and seen all the accolades that have been heaped on him after his untimely passing on January 10 from liver cancer, at age 69.

Don’t worry: I couldn’t agree more with all of those singing his praises. It’s hard to think of a popular artist whose musical career is as rich, as varied, and as accomplished as Bowie’s. 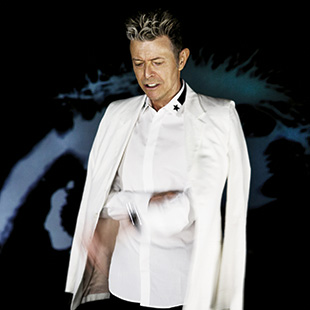 What’s more, his massive contributions span so many fields and genres, from fashion, film, and performance, to gay rights and gender issues—and the list goes on. I don’t believe there is any solo musical artist in the later decades of the 20th century whose output, legend, influence, and creative energy cumulatively can compare with Bowie’s. For pure iconographic power, the only solo artist who might spark debate is Michael Jackson—with Elton John, Bruce Springsteen, Stevie Wonder, and Carlos Santana getting honorable mention. In terms of pure fame, Jackson probably outweighs Bowie; but in terms of length of career, volume, and diversity of quality output and, most importantly, influence across genres, it’s all Bowie.

Being based in Japan, we have a special connection to Bowie, who had an extraordinary relationship with the country and the culture. He clearly valued the traditions and was deeply influenced by Japanese artistry.

David Bowie’s creative relationship with Japan started when he studied dance in the mid-1960s with the mime artist, dancer, and choreographer Lindsay Kemp. Kemp was much influenced by kabuki theater and the onnagata style of men performing female roles—and Bowie absorbed the influence.

This is evident on Bowie’s year-and-a-half ’72-73 world tour for the albums Ziggy Stardust and the Spiders from Mars and Aladdin Sane. The Ziggy face paint references kabuki style, and the androgyny of onnagata is clear throughout the performance. Though they had yet to meet, Bowie adopted some of the clothes of designer Kansai Yamamoto, through Yamamoto’s assistant Yasuko Hayashi, for the tour and the love affair with Japan was in full swing. Indeed, Bowie’s lyrics in the eponymous song about the glam spaceman include the line “like some cat from Japan.”

Legendary Japanese guitarist Tomoyasu Hotei notes, “As performance art, I think he was greatly impacted by kabuki theater, and this also had an influence on his fashion sense.”

In 1979, Bowie would use Yamamoto to design his famous “Space Samurai” pants, which drew inspiration from traditional hakama, worn by Japanese martial artists and part of some traditional Japanese formal wear. The relationship, both in designing outfits for Bowie and a personal friendship, would last the rest of Bowie’s life.

Bowie’s love of Japan led him to photographer Masayuki Sukita, who would serve as one of his main cameramen throughout his career. Sukita shot the album jacket of Bowie’s celebrated 1977 release Heroes. And then in 2012, the visual artist put out a 300-page book of Bowie photos called Speed of Life.

One of Bowie’s more well-known and direct collaborations with a Japanese artist is his starring turn in Nagisa Oshima’s 1983 movie Merry Christmas, Mr. Lawrence. Something of an all-star assembly of talent, in addition to the celebrated filmmaker Oshima, the piece starred Takeshi Kitano—or “Beat Takeshi”, as he is known in Japan; Ryuichi Sakamoto, who also did the score, for which he won a BAFTA; and Tom Conti. The flick premiered in competition at the Cannes Film Festival, and both director Oshima and actor Bowie, as well as Conti, were much lauded for the challenging work examining the explosive topic of British POWs in a Japanese forced labor camp in Burma.

One connection that started as Bowie influencing the Japanese artist but turned into a lifelong friendship was the relationship with Hotei. The Japanese axman began his career as a founding member of the hugely popular band Boowy. Reached for this piece, Hotei told Metropolis, “My eternal hero and inspiration … David Bowie is the one who truly changed my life.”

Hotei notes he first met Bowie in 1994 when he interviewed the British pop icon for Japanese TV in London. Two years later, Hotei was chosen as the opening act for Bowie’s concerts at the Nippon Budokan on The Outside Tour. He relates, “After finishing rehearsal for the first night’s show, he came to my dressing room and said with a laugh, ‘Hotei-san—he always called me using “san” after my name—come and play guitar as a guest during my set as well!’” Hotei performed the next night on the Bowie hit “All the Young Dudes.”

“Can you even imagine the joy and amazement of playing next to David Bowie?” enthuses the Japanese master guitarist. “It literally felt as though I was rising up to heaven.”

“Whenever you met him, he always gave such a dazzling smile, and he had a way of taking away any tension people might feel, and creating a softness in the air around him,” says Hotei, summing up his friend. “With both a rock star aura and the calmness of a gentleman, he was a man who embodied the expression of an avant-garde artist, enveloped in true charm.” And of Bowie’s connection to Japan, he surmises, “He took the splendor of Japanese culture and delivered it to the world through his performance. I am so grateful to him for this.”