Adorable but dangerous, feral raccoons spread across Japan
A wild raccoon was found roaming around a street in the Tokyo district of Akasaka. Police officers and firefighters struggled for two and a half hours to capture the beast. The feral raccoon successfully escaped after being caught by a net and was, in the end, captured by hand. As vulnerable as the raccoon may have seemed, it is an infectious mammal carrying ticks, which can spread to humans leading to death. The number of raccoons in Japan has been gradually increasing since the 70s when they were first brought to Japan as pets.

AI robot to get trial run patrolling tokyo train station
In response to the decreasing number of workers in Japan, AI robots are filling in the gap to maintain a safe society. For the last few days of November, an AI robot named Persuebot will be on patrol at a station in Tokyo on a trial basis to help identify suspicious people. The robot will be introduced at the Seibu Shinjuku Station. It is the size of an average Japanese male and moves on its own at about 30cm per second. 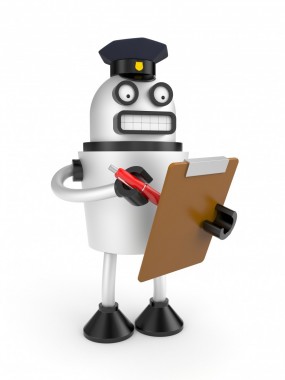 “Suits” to get Japanese remake
“Suits”, one of the most popular and long-running dramas on Netflix, is now entertaining Japanese people at getsuku (Monday 9pm), following the success of a Korean version of the drama. Getsuku is the name given to prime time for Japanese TV shows and has had a lot of loved and charismatic dramas for years. Fuji TV intends to remake “Suits” for a Japanese audience in an attempt to revitalize the ailing domestic TV industry.

Anpanman museum to double in size in Yokohama move
One of the five Anpanman museums in Japan is moving to a new facility in Yokohama next summer as its current ten-year contract comes to an end. The new location is a few blocks away from the current venue and closer to Yokohama Station. On top of that, it’s much bigger. The new double-sized museum will be focused on giving visitors a more hands-on experience. In the past decade, the museum has had 9 million visitors. There are another four Anpanman museums in Nagoya, Mie, Sendai and Fukuoka, which is a testament to the Japanese love of the cutesy, face-eating character.

‘Kotatsu’ seating to feature on deck of nation’s tallest building
Have you ever wished that the Empire State Building had heating so you could stay longer? If so, there’s a place for you in the Kansai region of Japan. The traditional kotatsu is now taking over the nation’s highest building, Abeno Harukas in Osaka. Kotatsu is a traditional way of coping with cold winters in Japan. You can now enjoy the stunning night view in Osaka over hot pot dishes such as oden and nabe. Naturally, a nomihodai option (all you can drink) comes along with it.

Tokyo subway system may not be able to cope with Olympics
Trains are the primary method of getting around for 20 million people everyday in the Tokyo metropolitan area. Officials are showing concern that the transport infrastructure will come under considerable strain during the upcoming 2020 Olympic Games. Some trains in the capital are already at 200% capacity, but it’s estimated that during the games this number could reach 300% at peak times. Add into the fact that the Olympics will be held in August, which is the hottest and most humid period throughout the year and you have what some might label “an omnishambles.”

Japan ‘chikan’ perverts use Apple’s AirDrop to sexually harass women
Japanese perverts, of which there are many, have impressively adopted technology to sexually harass women without actual physical contact whilst riding trains. It’s even been labeled as ‘Airdrop Harassment’ by domestic media. Female iPhone users are speaking out in droves about receiving nasty dick pics over AirDrop when the appropriate settings haven’t been switched off. The rather perverse aim of these miscreants is to get a kick out of seeing women’s reactions when they open their phone. Japanese perverts really are a pathetic bunch.

51.3% of Japanese support bill to accept more foreign workers, Kyodo poll shows
The issue of immigration is always controversial. Especially in a country as insular as Japan where it is truly complicated to earn a visa and the government only accepts a ridiculously small number of refugees each year. A survey was recently conducted to gauge Japanese support for a bill to accept more workers from overseas. Unfortunately, the number supporting the bill was a paltry 51.3%. Those who opposed were swayed by the fear of problems arising from different cultural backgrounds (a poor disguise for rampant racism). However, since the legislation has already passed, workers from overseas are able to work in jobs such as construction or nursing homes. Happy days!

Phone app will fill translator role at schools, police boxes
As the Tokyo Olympic Games is just around the corner and a vast number of tourists will be flying to Tokyo, the Ministry of Internal Affairs and Communications is planning to distribute VoiceTra, a speech translator app, across governmental organizations. VoiceTra will be available in locations such as police boxes, tourist centers and immigration bureaus. It has the ability to translate 31 different languages simply by speaking into smartphones. The English level is equivalent to the score of 990 on the TOEIC test (Test of English for International Communication). Although there have been (obvious) security breaches, the ministry hopes to fix the problem by 2019.