Studio Ghibli on the screen is pure magic. Fantastic, animated tales of enchantment, wonder and the human heart. And while the best Hayao Miyazaki movies have been discussed to death, the expansive world of books that accompanies the Ghibli brand is lesser known territory.

Did you know that Miyazaki created expanded manga versions of Nausicaä of the Valley of the Wind and some of his other most beloved works? Howl’s Moving Castle was based on a fantasy novel by British author Diana Wynne Jones, first published in 1986 by Greenwillow Books of New York, and Kiki’s Delivery Service was an adaptation of the 1985 novel by Eiko Kadono.

Read on to learn more about the best books of the Ghibli universe: must-reads either penned by Miyazaki himself, or other books that helped form and celebrate the wonderful worlds of Ghibli.

Miyazaki has drawn a number of printed manga over the years. However, very few of these have been made available in English translation. He wrote a series of illustrated comics and essays called “Daydream Data Notes” throughout the 80s, a series of evocative war stories. Only one of these has been translated into English—“The Age of the Flying Boat”—which was eventually turned into the movie Porco Rosso. Most of his other original, untranslated manga also cover the human heart at war, like 2006’s “A Trip to Tynemouth.”

And while Miyazaki’s comic catalog features lush color drawings and evocative scenes, it remains largely inaccessible to English readers. However, what is accessible is very good: the best of which is none other than Miyazaki’s seven volume manga “Nausicaä of the Valley of the Wind.”

Nausicaä as a movie is an early, powerful statement, showing off Miyazaki’s ability to create striking worlds and memorable protagonists. But with seven full volumes to flesh out a bigger story, a rich world, and fully-formed character arcs, the manga blows the movie out of the water. And it’s not because the manga takes its time—the events of the movie are over by halfway through volume two of the print, so the manga moves quite a bit faster and further than the storyline you can watch on the screen.

It’s worth reading the manga just to be able to spend more time with the gorgeous post-apocalyptic world of Nausicaä. And, while spending time pouring over Miyazaki’s gorgeous color illustrations is one thing, a richly detailed, suspenseful, fully-fledged story gives greater force to Miyazaki’s ideas. The explicit pacifism and environmentalism that defines Nausicaä’s character is afforded space for critique and complexity in the manga, allowing the themes to evolve into more powerful, less simplistic ideas. 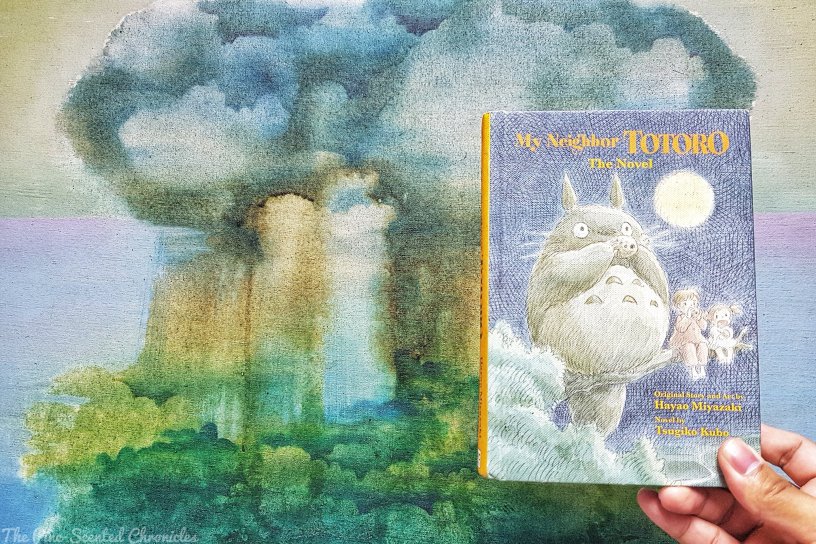 My Neighbor Totoro: The Novel

Beyond manga, most of the Studio Ghibli films also have some sort of accompanying book or picture book released. Perhaps the most unique accompaniment is “My Neighbor Totoro: The Novel.” Written by Tsugiko Kubo, and illustrated by Miyazaki, this book is a hefty movie-to-book adaptation, with some minor expansion and changes to the original plot.

Most of us don’t watch My Neighbor Totoro for the plot; it’s all about the fuzzy creatures. The iconic visual scenes. But Kubo’s writing is as gentle and entrancing as the art of the movie. It’s remarkable to see how the drawings of Miyazaki have been transformed so directly into prose. And per the nature of novels, we can spend more time getting closer to characters’ heads and hearts—which means that Mei and Satsuki really come alive. 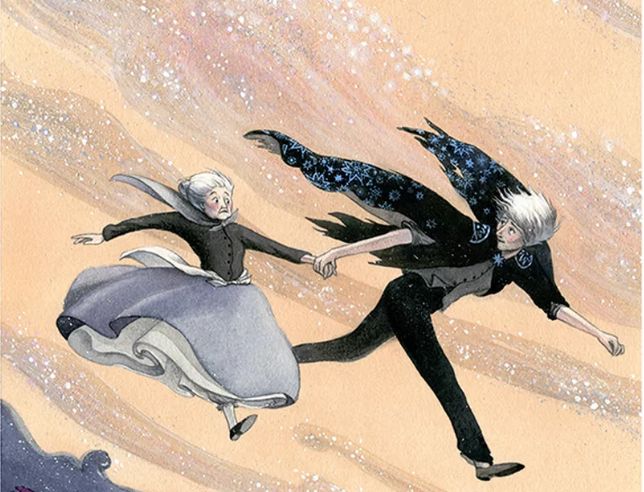 Sophie and Howl ride the wind to the moving castle. Marie-Alice Harel/Folio Society

Howl’s Moving Castle and Kiki’s Delivery Service were both originally novels, too, and both are worth reading for different reasons. Howl’s Moving Castle is a stunning movie, with some of the most beautiful visuals and highest-running emotions of any Miyazaki film, but the plot leaves…a lot to be desired. Diana Wynne Jones, author of the “Moving Castle” book series, is one of the most beloved British fantasy writers, known for her inventive worlds and empathetic protagonists. The Ghibli film is only loosely based on the first book in the series, so there are some major plot differences.

Even better, the story will actually make sense by the end, and there’s a heck of a lot more humor. Some major elements, like Sophie’s self-image and ideas of beauty, are treated completely differently, too. The “Howl’s Castle” series is for those willing to cast their preconceived notions of the movie aside and fall into a wholly original story by one of the masters of children’s fantasy literature. 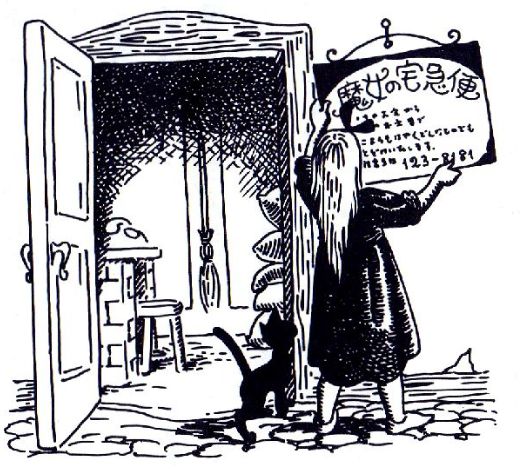 “Kiki’s Delivery Service” (by Eiko Kadono, translated by Emily Balistrieri) is a series of self-contained, episodic adventures as Kiki leaves home to explore. It’s a lighthearted, buoyant and whimsical children’s story, easy to read for adults and children alike. 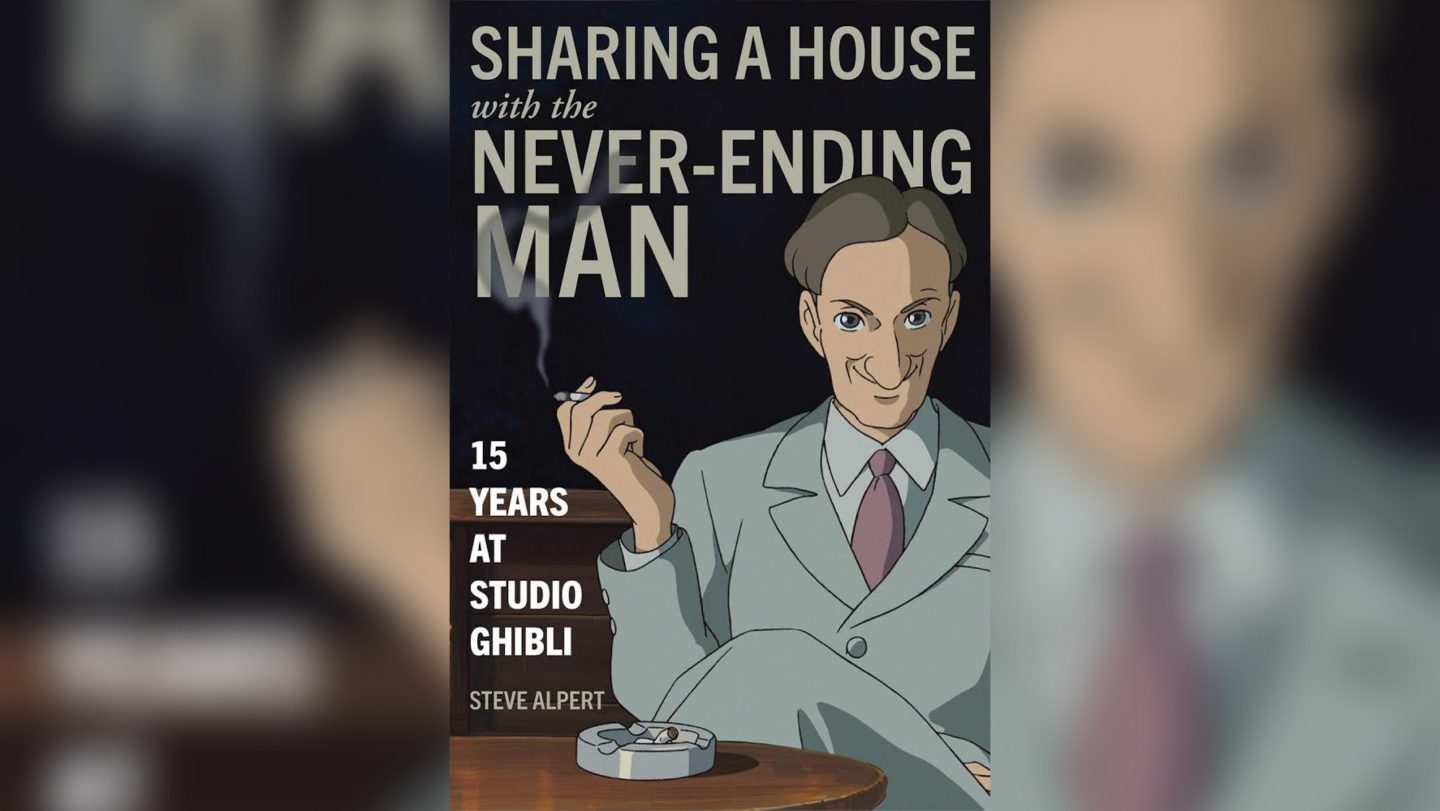 Meanwhile, you could come up with a whole syllabus of books about Studio Ghibli. The best of the best is probably Susan Napier’s “Miyazakiworld,” a thorough and enjoyable exploration of Miyazaki’s life and work, with a peek directly into the workings of Studio Ghibli.

Another worthwhile read is last year’s “Sharing a House with the Never-Ending Man” by Steve Alpert. This nonfiction book unpacks Alpert’s experience as the only foreign executive at Studio Ghibli, a fascinating inside-look at the Japanese and global animation industries and anime production, with compelling anecdotes as Alpert stands with Studio Ghibli at its most important and impactful moments.