Supercozi Sounds from Outside Japan

One of a few Japanese women electronic music producers to make an international impact, Supercozi (Yukimi Yonezawa) says her new album Bioshifter—the title of which stands for “secret evolutionary process”—represents her growth over a decade as a solo artist. She shared the twisty techno pleasures of the disc and her thoughts on Japan as an outsider, from her home in Bali.

Why did you leave Japan?
The sense of stagnation I felt in Japan became unbearable by the end of 1999. I already had many travel experiences by then, so I was ready to build a new life outside of a familiar matrix.

How does having a career outside Japan compare to staying in the country?
The music industry changed dramatically after the internet became widely available. Where you are located is no longer the critical issue. I welcomed this sea change, because I spent 10 years in the Japanese major music industry, and it was like working in a factory. You have to squash your creativity to fit into the pathetic J-pop system in order to get a tie-up deal with a shampoo ad or something. Compared with this period, running my label outside Japan is like driving a spaceship on my own. It’s fantastic to have unlimited freedom to express myself, releasing whatever I want, and connecting with collaborators and listeners from all over the world.

When you return to Japan, what are your impressions?
There was a mass awakening after March 11 and Fukushima, until Abe’s regime started in 2012. All of a sudden, many ordinary citizens joined SNSs such as Facebook and started discussing nukes, clean energy, our constitution and democracy, forming a new network of grassroots activism all over Japan. Joining a peaceful rally became a normal way to express our concern. This was the biggest change I ever witnessed. But many now practice willful blindness. Sometimes I feel as if I’m witnessing a lemmings march by my own people. 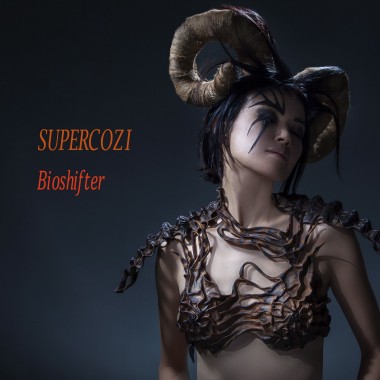 Your posts often criticize Japanese politics. Tell us how life abroad influences your perspective.
Fortunately, I had been always surrounded by people with the mindset of global citizens, no matter where they are from. Being able to exchange opinions on many issues with people of different nationalities inspired me to develop my point of view as a global citizen, too. And yes, I’m very concerned about the current trend of Japanese politics to drag Japan back to the mindset of the pre-war era.

How is life in Bali?
Bali has an ideal balance for me. First, Balinese Hindu culture and Balinese people’s charm remain strong. I fell in love with Bali in 1995, and am still amazed how they maintain their spiritual calmness despite the tsunami of globalization. Of course, there is a huge negative impact from overdevelopment, but Bali still has an unchanged charm if you go to the countryside. Second, Bali has a truly eclectic international expat community—so many creative individuals from all corners of the world. They mix dynamic thinking and an artistic approach in a peaceful lifestyle. I love being here.

There are still very few female DJs. Why do you think that is?
To be a professional DJ for the long term, you need an otaku mentality toward music. You’ve got to spend years developing the knowledge, and keep up-to-date. Looks like males are more equipped for digging into the long tale of the music industry for hours and hours than females. Also, there are technical skills involved to be able to deliver a good mix and adjust the sound to fit each venue. It’s a multitask job that requires wide knowledge and technological ability.

Give us some insight into the making of Bioshifter.
The album is a nice mix of chillout: Slow, sexy techno tunes, and slightly twisted electronica. I’ve got a few exciting featured vocalists, including Sophie Barker from Zero7 and MC Reason. I’m also working on a new album from Zen Lemonade—the unit with my husband Gus Till. It’s a full-on dance album, a mix of techno and progressive psytrance.

Tell us about your label, Hypo=espresso.
I founded it in Bali in 2005. We mainly release our own creations. So far we’ve released six albums. But I like this pace and Hypo is my life’s work. Sounds from Hypo will mature as we get older and absorb more things. It’s nice to have a personal platform like that. We just released an ambient compilation, Music For A Rainy Season, as a limited-edition CD, and it’s selling pretty well already.