A Tokyo institution serving the international community for 20 years

Any long-term foreign resident of Tokyo will have, almost certainly, come across the name The Pink Cow during their time spent in the Japanese capital. An eccentric and oddball homage to Californian cuisine and lifestyle, it’s a restaurant, bar, events space and live music venue. The Cow (as it’s affectionately known to many of its loyal customers) has been at the forefront of building a tightly knit community and the legacy it has created largely comes down to its founder and genuine bon vivant Traci Consoli. 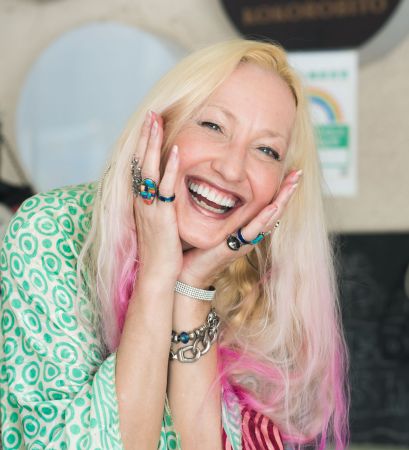 California-native Traci Consoli has been running The Pink Cow in Tokyo since 2000. Photography by @edenthecollection

September 2020 marks the Tokyo institution’s 20th anniversary and, although the COVID-19 pandemic has put a damper on the city’s nightlife scene, Consoli intends to celebrate in style at the restaurant’s latest location in Akasaka. “The situation this year is of course not what we had anticipated, so rather than doing a whole blow out week of parties we are just going to have a more simple, open house, drop in-style party on Saturday, September 19, with a bit of live acoustic music and all-you-can-eat burritos and goodies for only ¥1,500. Plus one coin drinks all night.” 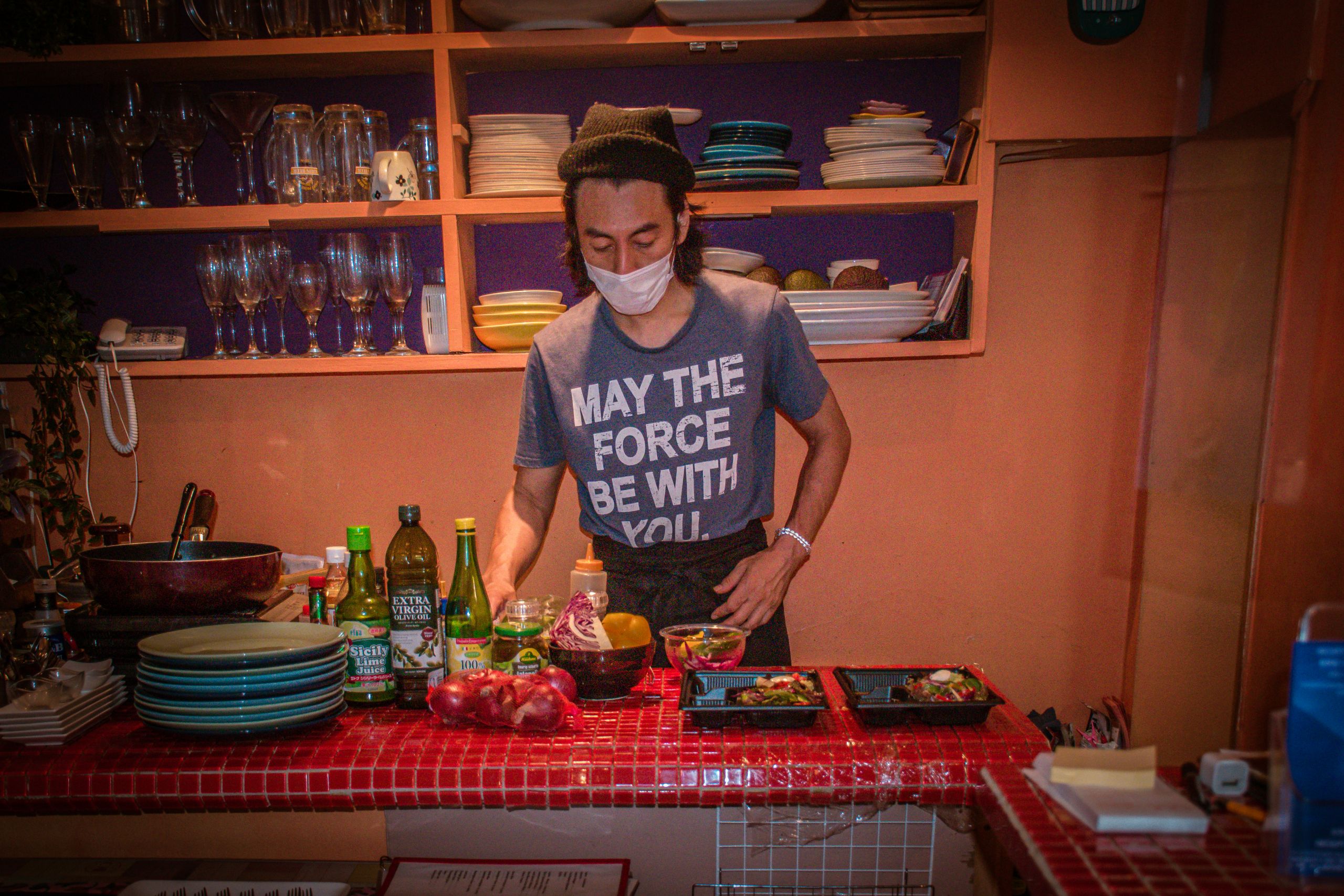 The Pink Cow will be celebrating its 20th anniversary with a drop in-style party on Saturday, September 19, with live music and all-you-can-eat burritos.

The concept of community has always been at the heart of The Pink Cow’s ethos. It is known as an open space for artists and musicians in addition to running business meetups and a spectrum of community activities. Consoli explains further about the role The Pink Cow took during the 2011 Tohoku earthquake and tsunami. “We were actually the first people to get up relief supplies to the shelters after the earthquake in 2011. Together with one of our musicians, Nikki, who had a car and a press pass because the government was being so slow, we collected [supplies] and he was able to deliver. We had a donation center set up at the Cow within 24 hours. Just some ways we try to make a positive contribution to our local community.” 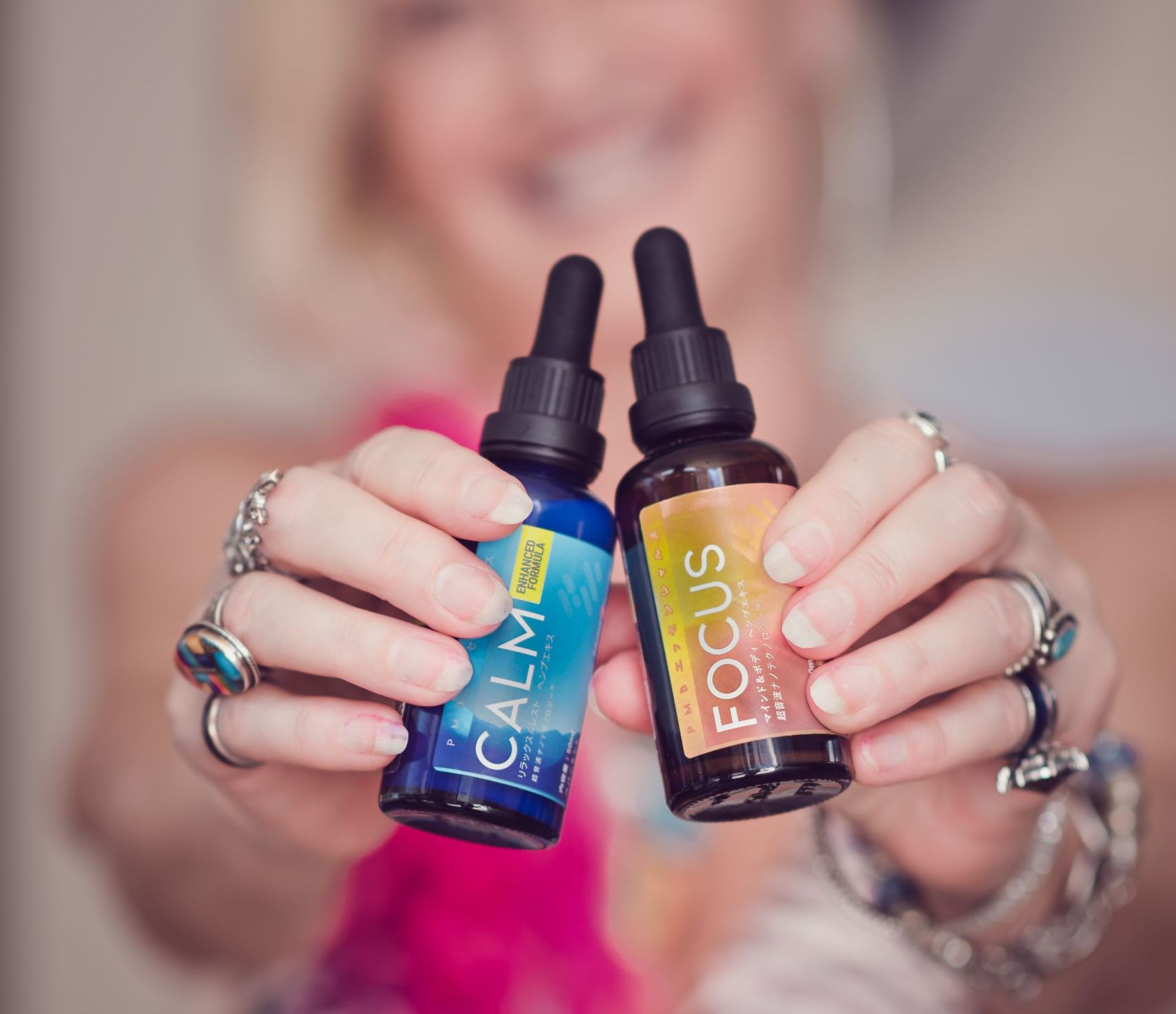 Consoli also runs a CBD product line which is available both in store and online.

In an effort to combat the crippling financial effects caused by the COVID-19 pandemic, Consoli has opened an online store in order to ship The Pink Cow’s freshly frozen dishes anywhere in Japan. Although the Akasaka location is still open and running, the online division of the company is crucial to the longevity of the business. Consoli also runs a CBD product line which is available both in store and online. It’s become popular with customers and has been a real additional lifeline, and it’s the reason why The Pink Cow is still in business. Diversification is something which comes natural to the Californian native and the CBD line, so far, has been a positive ray of light in an altogether bleak year for the restaurant industry.

It’s been a rollercoaster 20 years for The Pink Cow. From humble beginnings in Shibuya, then subsequent spaces in Harajuku and Roppongi, the current incarnation in Akasaka, although compact, is welcoming, arty (Consoli is an accomplished painter whose work decorates the interior), compassionate and vibrant. It’s hopeful that The Pink Cow will survive the current climate and continue serving the community for another 20 years.