What Metropolis’ staff is watching this month

Season two of Sanrio’s biting take on the grind of everyday life picks up where it left off, still finding 20-something red panda Retsuko as an accountant at a trading firm. This time around, it tones down its commentary on the bleak amusement of corporate life and turns to another existential pit that young people must confront: personal relationships. Centered around Retsuko’s interactions with obnoxious coworkers, overbearing parents and “the one,” the show charts the familiar struggles and failings of discovering our true selves and what we want in our lives. In pursuing this new mature line, “Aggretsuko” breaks loose of the (still very funny) kawaii metal shock-humor crutch which characterized the first season, pushing its relatability to the max.

This gripping German drama, from Netflix, is one of the standout series of the past few years. Corrupt cops, gangsters, the Turkish community in Berlin, neo-Nazis, match-fixing in football — it has it all. Binge-watch your way through the ten episodes (you won’t have a choice) and be left yearning for more. Felix Kramer and Fahri Ogün Yardim play the lead detectives, who witness Berlin falling apart at the seams with their personal perils wreaking havoc on themselves and the people around them. Brilliantly acted with a superb script, “Dogs of Berlin” outclasses pretty much everything else on the current Netflix roster. I’m praying for a second season.

Based on a Japanese manga about food first published in 1983, “Oishinbo” entered Netflix’s somewhat decent anime catalog as a pleasantly nostalgic surprise. A portmanteau of oishii (delicious) and kuishinbo (someone who loves to eat), “Oishinbo” follows two hungry journalists on a mission to concoct the “Ultimate Menu.” The brainchild of writer Tetsu Kariya and manga artist Akira Hanasaki, every episode is a mouthwatering retreat into Tokyo’s culinary scene, educational as much as it is entertaining. How to cook a sparkling bowl of white rice, prepare the freshest sashimi and brew the perfect dashi broth — such lessons embed themselves in the plot. It’s like a cooking show but better, considering the lovable cast of wide-eyed Tokyoites, spiffy in their bubble-era suits and feathered hair. 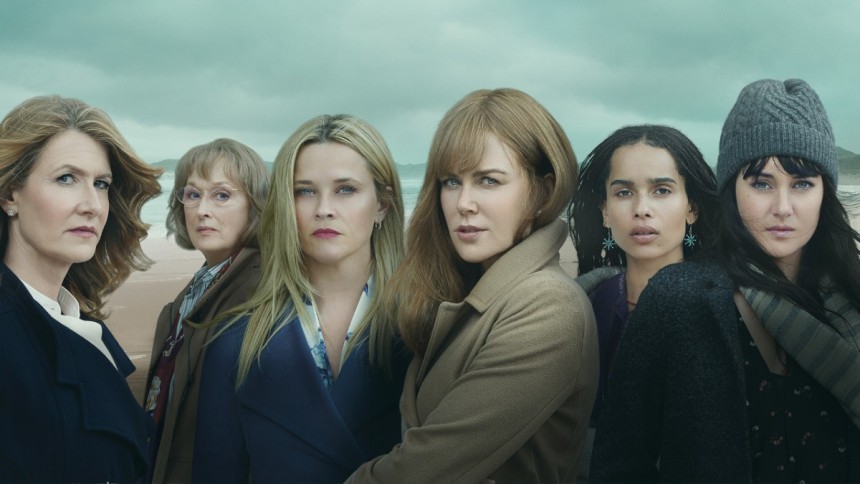 Based on Liane Moriarty’s bestseller, HBO’s “Big Little Lies” was supposed to be a mini-series. So season two is all fallout, with five mothers in wealthy Monterey, California, dealing with trauma from the previous year. This structure is usually boring for shows, but the cast is so good at pathos and the new drama is so delectable that this season soars. Performances from Zoë Kravitz (on the verge of a breakdown), Meryl Streep (creepy mother-in-law, too poised to trust) and Laura Dern (histrionic and lovable) are particularly powerful. While it’s fun to watch the lives of these rich, beautiful people just crumble, the show also raises important questions about parenthood, infidelity and the shunning of women.