When Mt. Gox, the world’s largest cryptocurrency exchange, collapsed in 2014, the cryptocurrency world was thrown into chaos. Almost 850,000 bitcoins were lost, which equaled around $450 million at the time. Prices plummeted and public trust in the emerging technology was wounded. To say that you were in anyway associated with Bitcoin, at the time, was almost tantamount to publicly declaring yourself a scam-artist. Not all was lost, however, and when the dust settled, things began to change. Prices started picking up again, legislatures were forced to further regulate cryptos, legitimizing the token economy and kickstarting a positive regulatory framework. And, because of Mt. Gox, Tokyo became an inconspicuous hub for believers in not only Bitcoin, but in the underlying technology, blockchain.

Blockchain is an open-source, decentralized and distributed ledger technology. In layman terms, it is a peer-to-peer data distribution system. It’s paired with a validation mechanism that ensures date goes uncorrupted. Now, you might be wondering, “what’s so clever about that?” By distributing information across different nodes in a network, blockchain essentially makes data impervious to hackers. Hypothetically, hackers would have to access all copies of the database simultaneously to be successful (think hacking hundreds or thousands of computers all at the same time).

This technology possesses immense business potential and has generated quite a bit of buzz and enthusiasm over the past few years. It’s seen to have the capability to reshape business practices on a massive level, and disrupt the world in a no less significant way than the World Wide Web had only two decades ago. Countless startups are already coming out with new applications that aim to transform global supply chains, financial transactions, wealth management and social networking. Blockchain is systematically removing costly intermediaries from business operations and increasing security and efficiency in the political and social sphere. It is a multi-faceted revolution that is taking place and, with a growing community, Tokyo is at its forefront. 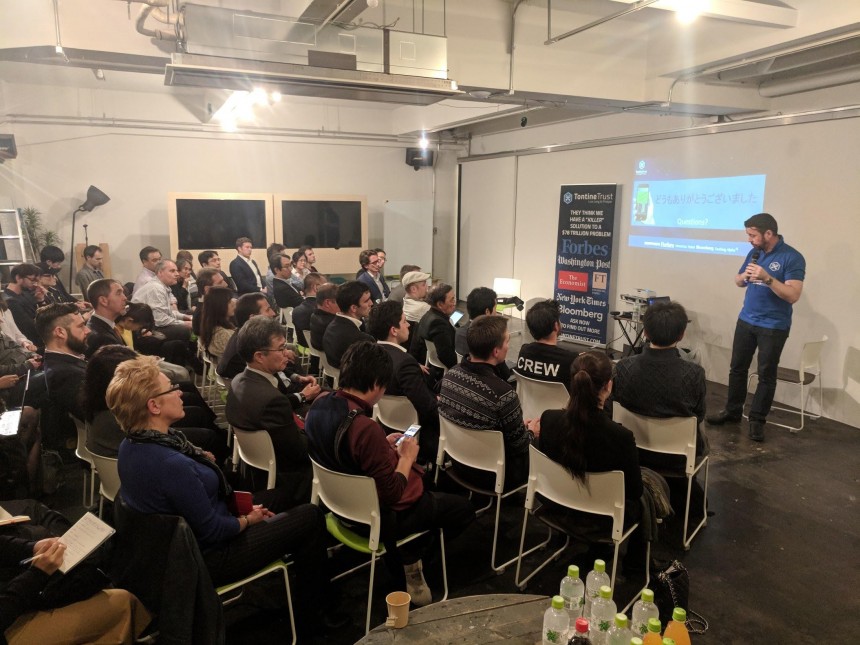 The Tokyo blockchain community is diverse. Showing up at the Tokyo Fintech Association meetup, one of many available blockchain and fintech gatherings in Tokyo, you can expect to make an acquaintance with anyone from experienced investors to tentative hobbyists, from eager entrepreneurs to intrigued academics, from the average Joe to the anarchist activist, all looking for ways to leverage the palpable power that decentralised technology can bring.

Among the people spearheading the community is Maurizio Raffone, Co-Founder and CEO of fintech consulting firm, Finetiq. “Japan has an incredible position in the blockchain sphere,” he tells us. “New technologies are being welcomed, jurisdiction and business are gradually taking the right steps in accommodating this movement.” Playing his part, Raffone co-founded the non-profit, Tokyo Fintech Association, running semi-monthly events to bring people from different backgrounds and provide them with a platform to exchange ideas and learn about the field. “Blockchain instigated a boom of interest from all around. The challenge now is bringing everything together – to glue it all.  That is how you create something that is truly powerful. We want to build a community from the ground up. It’s only through interactions and gathering like these that we can hope to expand and support this movement.”

The community is growing rapidly. As of May, the Tokyo Fintech Association has over 1,500 members and has hosted attendees from blockchain heavyweights like IOTA and EOS. Now, as the hype continues, all eyes are on legislators and the institutions that will dictate the course of the future. While initial signs show open-minded lawmakers and financial giants embracing cryptocurrencies, it is still unclear what the future holds for blockchain as a whole. 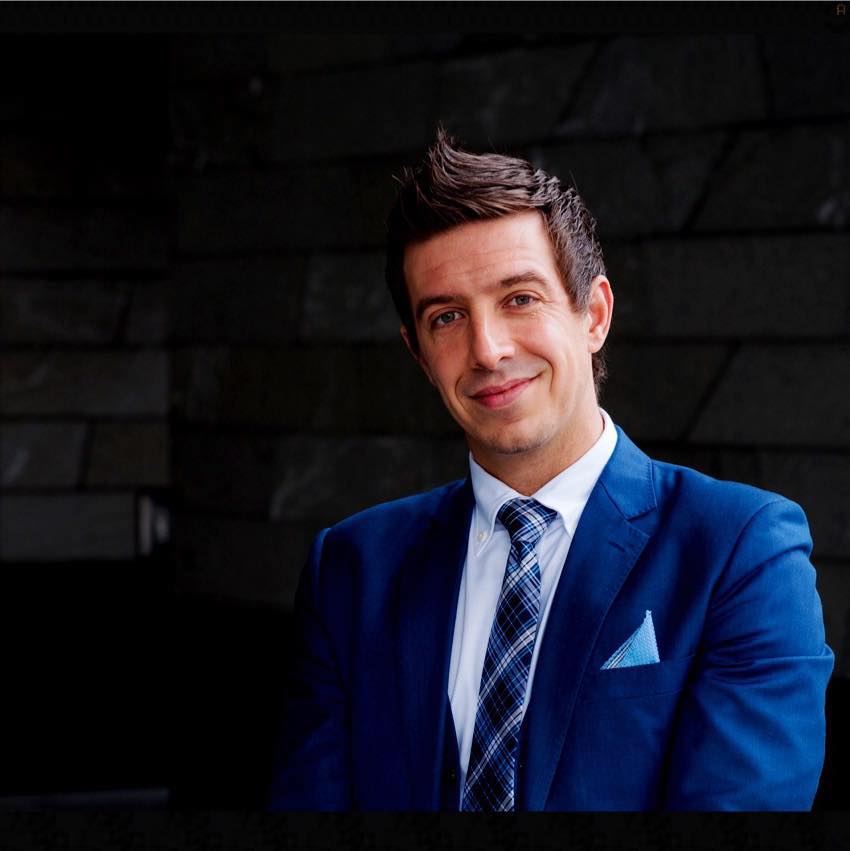 Alex Fazel, Head of Communications at SwissBorg, a wealth tech offering crypto investment solutions, tells us blockchain companies will have to take it upon themselves to help lawmakers navigate through the complexities of this new technology. “I think the Financial Services Agency (FSA) is overwhelmed,” he says. “They’ve been welcoming of cryptocurrency exchanges, but the FSA is struggling to narrow down and define other businesses and activities that don’t necessarily fit that model.”  Indeed, regulators have yet to catch up with the new business models that are arising. With only a crypto exchange license available at the moment, non-exchange companies are finding it increasingly difficult to operate in Japan – whether they aim to hold an initial coin offering (ICO) or to conduct simple activities, such as opening a company bank account.

Currently, Swissborg is organising the Blockchain Economy Alliance, a lobbyist group meant to coordinate communication between regulators and blockchain startups. Ever an optimist, Fazel sees this as a necessary step in the right direction. “Lawmakers will have to collaborate with the startups themselves if they are to make sense of it all,” he explains. “This is a new movement and we’ve got a long way to go, but the dialogue is going well so far. Everything is falling into place because we recognise that the only way for us to succeed is if we build this community together.”

Find out about the best medicines for menstruation, available in Japanese pharmacies