Bringing the creative together

It seems only natural that a large international city bustling with museums and galleries and home to more than 200 universities and junior colleges would be a hot pot of cultural research, events and opportunities.

Laurence Williams, a co-founder of the Tokyo Humanities Project, was still impressed, though, when he and his group got started.

“Perhaps this shouldn’t have been a surprise, given the size of Tokyo, but there are literally hundreds of humanities departments, museums and public lectures in the city,” says Williams, an assistant professor at the Department of English at the University of Tokyo, specializing in 18th- and 19th-century travel writing. 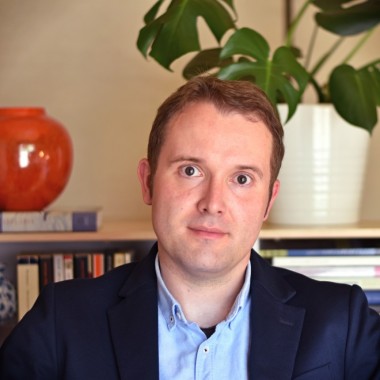 The Tokyo Humanities Project was started in 2016 by Williams and three others: Samantha Landau (Assistant Professor at Showa Women’s University), Alex Watson (Associate Professor at Nagoya University), and Koji Yamamoto (Assistant Professor at University of Tokyo). The project is an effort to consolidate information about humanities-related events and research while also showcasing it to a larger international audience. Previously, events and talks were listed on a variety of different sites, making them difficult and frustrating to find. The four began with a Facebook page, and in January 2017, set up a website. From there, the group began using Twitter and Instagram, as well as hosting a monthly café event. The response, Williams says, has been overwhelmingly positive.

“There does seem to be a sense that this is the right project at the right time. We’re taking advantage of the spread of social media to connect people in a way that wouldn’t have been possible ten years ago. Traffic to the website has been growing steadily, and we had great attendance for our first café event.”

Not unlike PechaKucha or NerdNite events, the monthly Humanities Café events are a chance for people to present their work to a broader audience. The September event, for example, will cover zombie movies, Edo Period libraries, 17th-century British entrepreneurs, and the human body in conceptual art. It is a unique opportunity for researchers and attendees alike, according to Williams.

“Tokyo is a very literary and creative city, and lots of people overseas are interested in what’s going on here. It is also quite liberating for our presenters, as usually they only talk about these things in the formal environment of the lecture hall, so bringing research into a bar setting, and thinking about how to communicate with a broader, non-specialist audience, is a useful skill. The main audience is people involved with universities in Tokyo but we were also pleasantly surprised at the first café to see a number of artists, writers and people who were just generally interested in humanities topics.” 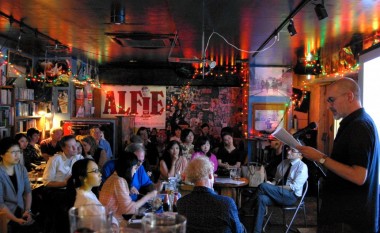 Williams and his group believe the humanities are relevant because they help us understand ourselves, our potential and the world around us.

“Humanities help us approach the unanswerable questions: the ones which don’t have ‘correct’ answers but are about balancing different values, priorities and ways of seeing the world. The ability to reason with nuance, rather than jumping to dogmatic solutions, is an incredibly practical skill. Problems in the ‘real world’ tend to present themselves in gray, rather than black and white. Resisting simplistic answers to questions, and practicing seeing the world from the viewpoint of others, is also crucial for safeguarding democracy.”

The group also answers what Williams referenced as a “crisis in the humanities” that is happening globally as student numbers decline and universities debate how to focus their efforts. In June 2015, Japan’s then Education Minister, Hakubun Shimomura, suggested that universities eliminate or limit their humanities departments. While some universities, like Tokyo University and Kyoto University, did not do so, others did. However, domestic and international reactions prompted the government to soften its position. Yet, Williams sees that many universities continue to lean toward practical skills, such as English for communication or tourism, rather than thinking about the literature, ideas, and values of other countries as a valuable means of broadening student perspectives and internationalizing.

“Our sense is that the tide is starting to turn, with many compelling arguments being made for justifying humanities study and using them to address 21st-century concerns,” says Williams. “We think that academics in Tokyo have a distinctive perspective and a lot to offer in these debates.”