“One coffee should be enough for one table,” says BAHK, refusing our offer to buy him a drink at the start of our interview. “We don’t have to pretend we actually want one and order something just for the sake of the rule,” adds his brother SHART. Strikingly wise and self-assured, it’s hard to believe that these artists are both still high school students.

Thus, with a single chai latte-turned- symbol-of-consumerist-Tokyo standing in suitable shame on the table, the two Gen Z street artists began to share their story with Metropolis.

“I think I just scribbled cars with crayons when I was five,” says SHART with frankness when asked where his creative works started out. “Yeah, I think I also started off with scribbles and then ended up doing something I loved and continued drawing from there,” adds his brother.

“In 2013, our dad bought us a book from TSUTAYA BOOKS which was about graffiti art in the New York subway,” SHART continues — the pair now taking it more seriously. “I started copying and drawing graffiti like that for myself. We always loved art, so we were taking photos of art we saw on the streets here. Then we started our own Instagrams as artists and I reached out to Miami-based graffiti writer Atomiko. We were messaging each other for a while and we met him when he came to Japan. He encouraged me to start using spray for paintings.”

When George Floyd was killed, that made me realize how small my voice was.

Growing up as Gen Z youth alongside the likes of Greta Thunberg, Malala Yousafzai, Lily Mandel and Joshua Wong, the brothers are no strangers to social activism. The natural next step for their work on the streets was to start voicing the issues they cared about.

“When we heard 2Pac’s song ‘Keep Your Heads Up,’ we realized that we needed to change the world, to make it a better place for everyone. We liked punk music and used to listen to bands like The Clash before getting into hip hop,” SHART explains. “We learnt that attitude — of being angry about social issues — from punk, but 2Pac’s song taught us more: How to turn your anger into action when the world is unfair, instead of just keeping the anger to yourself.” 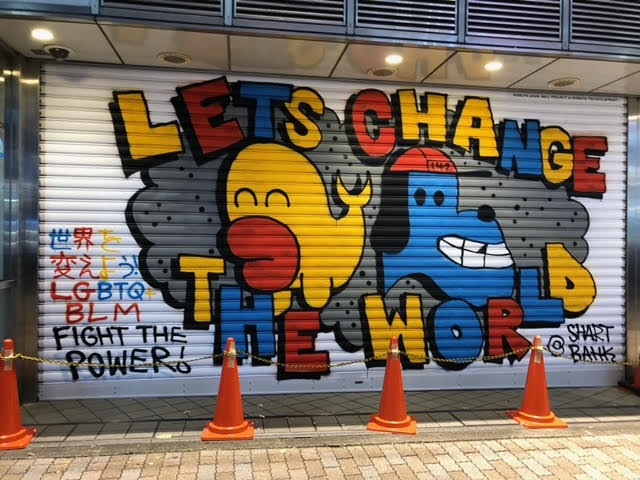 “When George Floyd was killed, that made me realize how small my voice was. It showed us that we needed more people to get involved in this in Japan.” With their fellow artist and friend KES, the brothers began to host “Fight the Power” lectures at their school to raise awareness among their young peers about social issues in Japan and abroad, as well as teaching their classmates the power and importance of raising their voices about them.

Graffiti is the voice for people with no voices.

“That’s the strength of graffiti — it’s public and everyone has access to it,” he continues. “A street turns into a gallery and you don’t need any materials like a canvas or a frame. That’s the reason why we’re making graffiti art. As Martin Luther King Jr. said, ‘riot is the language of the unheard.’ Graffiti is the voice for people with no voices.”

“But Japan dislikes graffiti and there isn’t much here at all,” interjects his brother. “Pop songs in the top charts have no message in them. In the political world, did you know there are more men who have the name Tarou/太郎 than there are female politicians? It’s insane. On top of that, one politician actually said that being transgender was a mental illness. It’s crazy. On a daily basis, you see more videos of meaningless cute cats than you’ll see news about social issues like BLM. Kids in Japan are being raised without learning to pay attention to these issues. You’ll never proactively care about these things if you’re raised in that kind of culture.”

With so much frustration about the social issues present in their country, you’d think the duo would have a fierce eagerness towards the future, when they can graduate and focus on making art and meaningful change in their city. But the brothers actually take a grimmer stance. “We don’t think about the future,” shrugs SHART. “We only care about this movement because that’s the only one we can live in. Today is already too late to change the world, but it’s the earliest moment we have.”

More on art in Japan: 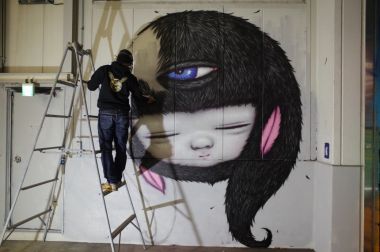 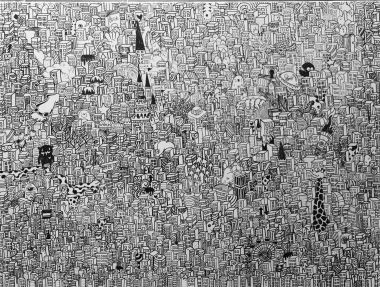 GOMA
The intricate worlds of an artist with ADHD 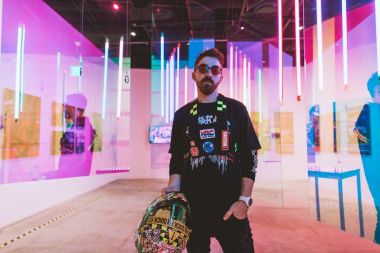 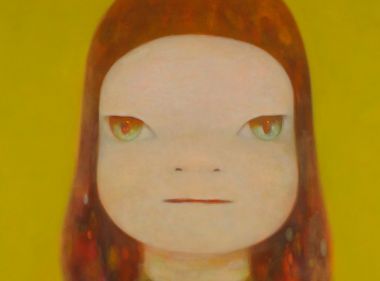 Yoshitomo Nara
Beyond the Big-Headed Girls