The Grateful Dead is one of the true legends when it comes to the jam band world. Known for its members’ extended improvisations in live performances, the band often blended between genres, including rock, folk, jazz and psychedelic rock. It’s no wonder that relative newcomers VOODOO DEAD, who formed in 2015, pay huge homage to the group through their sounds. VOODOO DEAD has strong flavors of its 1960s counterpart and the band’s guitarist, Steve Kimock, was named as one of Grateful Dead member Jerry Garcia’s favorite musicians. Metropolis spoke to Kimock about honoring the legacy of the Grateful Dead, younger fans of American rock and performing in Japan.

Metropolis: You come to Japan to perform quite often. What do you enjoy most about playing here?

Steve Kimock: The Japanese audience and production values make the performances special, but you can’t really separate those things from the culture. So, I guess what I enjoy most about Japan is Japan.

M: In 2012, you performed a surprising three-hour-long set at Fuji Rock. Can you recall any memorable moments from that night?

SK: I remember that show. I walked out on stage and blew up half my rig, played like a drowning man the entire time. Adversity sometimes helps.

M: Obviously, your time frame is much shorter at a typical show. How does your band make the most out of a shorter set, especially given your inclination for impromptu jamming? 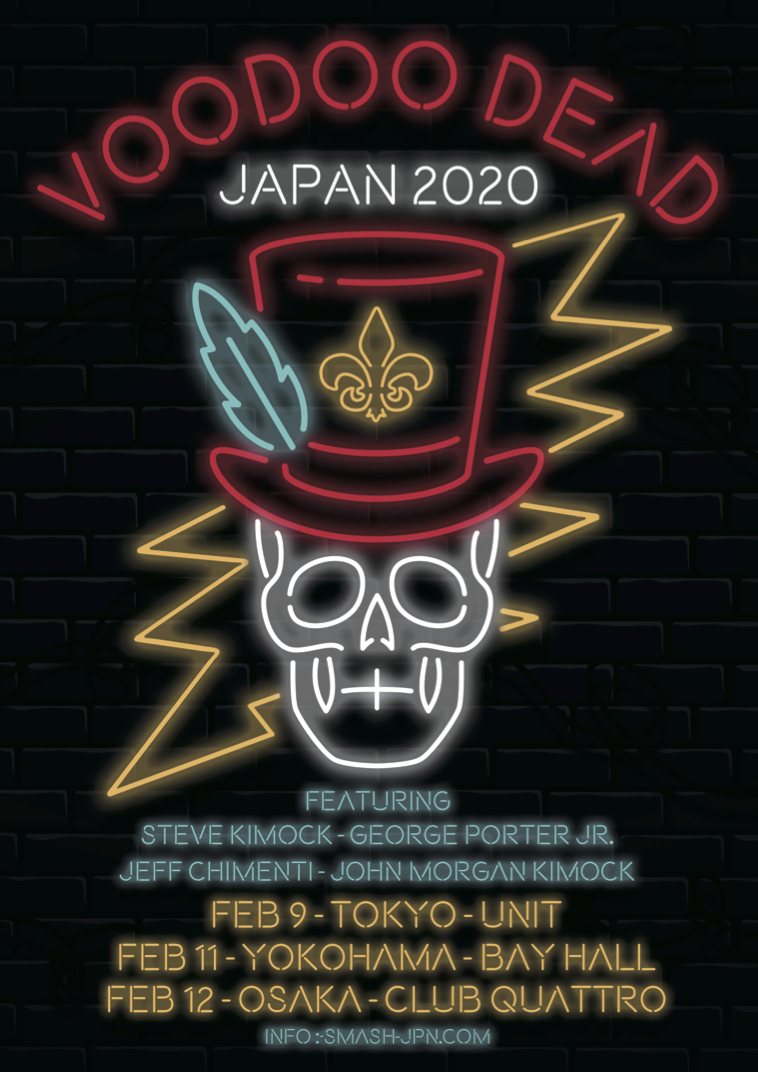 M: In an interview with DEAL magazine, you mention that Donna Jean Godchaux, a former member of the Grateful Dead, phoned you when you were living in Lagunitas. This was your first direct contact with a band that has influenced your music in so many ways. Tell us about what the Grateful Dead means to you. How does the band continue to inspire you today?

SK: Their songwriting was exceptional, I’ve never tired of it, only grown to appreciate it more through the years.

M: For younger fans, VOODOO DEAD might actually serve as an introduction to the legendary American rock band Grateful Dead, rather than the other way around. How do you feel about showcasing the Grateful Dead’s sound in 2020, and what do you hope listeners feel as they walk away from your shows?

SK: It’s not so much “a sound” as it is an attitude or approach to the music and gathering.

M: What can we expect from this upcoming Japan tour?

M: There are a lot of young psychedelic artists/bands in the music scene today. Which musicians are on your radar?