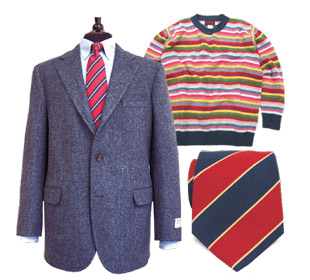 Ethan Huber isn’t the founder of O’Connell’s; he’s the second generation in his family, which bought the original store more than half a century ago. O’Connell’s is about much more than price and selection (though only someone with an oligarch’s closet space could run out of items of interest on the site)—it’s also about working with a sales representative who has a network of trusted providers, many of whom are themselves second- or even third-generation owner/managers.

O’Connell’s can and does ship to Japan and other countries in Northeast Asia, and they carry both classics and the styles of the season. www.oconnellsclothing.com 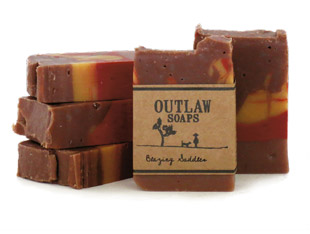 Danielle Vincent didn’t start out to be a soapmaker. As she tells it, on her honeymoon she and her husband stopped at a country store in Northern California that was making its own soap. “It just hit me,” she tells Metropolis. “Why don’t I try that?” These aren’t your granddaddy’s soaps—though they may be the ones he wished he’d had: Hair of the Dog, Blazing Saddles (even a new flask with “Excuse Me While I Whip This Out” written on it) and Unicorn Poop for kids (don’t let the name fool you—kids love it), plus some local California pine and sage botanicals. With Japan’s bath culture, you can surprise your friends or treat yourself—or both.

Want to get some free? “Like” Outlaw Soaps on Facebook, then send your name, email address and physical address to editor@metropolisjapan.com for a chance to receive a trial pack of soaps from Outlaw!* 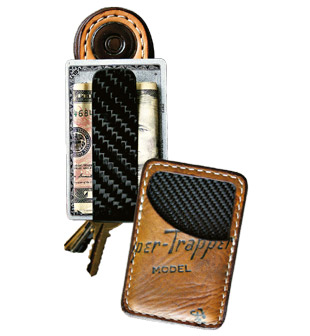 Robert Porter was a pilot, but he took a wrong turn into his own imagination—and the result is what you can see at Vvego.com. Porter tells Metropolis, “When you work in aviation, you see a lot of unusual materials used in unusual ways, and a lot of designs—some of them futuristic, some of them anachronistic. I found myself looking at objects made from this or that material and wondering what kind of wallet, or key chain or cufflink it would make. Eventually I had to stop wondering and start making.”

Vvego is giving away one Warlock Carbon Fiber Money Clip & Key Fob System. To enter, “like” Vvego International on Facebook and send your name, email address and physical address to editor@metropolisjapan.com.*