The evolving face of the Indian community in Tokyo

“Little India” in Tokyo isn’t what you would imagine. Most people’s first thought of Little India is likely to bring preconceptions from other cities in Asia to mind. Typically this suggests a festive chaos — shambolic commercial enclaves infused with the aroma of sizzling fresh curries; mom and pop stores stacked with spices and grains spilling onto the sidewalk; and vibrant garlands, the offertory, dangling at majestic, carved shrines. All, of course, accompanied by the muffled score of a Bollywood song playing in the distance. Look around, however, and it will dawn that this picture is far from the ordered and functional Tokyo that rarely veers from its inherently disciplined character. Getting a taste of India in Tokyo requires stepping away from the swanky tourist spots and prying behind the primarily homogenous facade of residential Tokyo.

Little pockets of India are sporadically developing in different parts of Tokyo. Indian engineers migrated to Japan when the IT sector opened up and made Edogawa ward their hub and have, ever since, supported a steady influx of Indian professionals to settle in the vicinity. Jewelers from India followed the economic boom in Japan to set up branches of their established business in the city and have called Okachimachi home for a couple of decades now. The Indian community has also spilled into Setagaya and Koto wards. Every locale sprung with a collective need —  affordable housing, easy commute to work, business networks, proximity to Indian food supplies and shared values. Yet it takes a keen eye to spot one of Tokyo’s versions of Little India. Your first clue of nearing one would, at best, be that every third restaurant has an Indian flag fluttering at its porch and every fifth person you walk across is Indojin (Indian).

The community which represents the Indian diaspora in Tokyo is numbered at just above 12,000 citizens. In India, there are 29 states, 22 official languages and thousands of regional cuisines. In Tokyo, an assemblage of associations aim to connect like minds within this diversity — Bengali, Marathi, Odiya, Tamil, Kannada, Telugu, Uttarakhand, Andhra, Rajasthan, Malayalee, Madhya Pradesh, just to name a few.

The earliest connections between India and Japan can be traced to the 6th century, when Buddhism was introduced to Japan via Korea on the Silk Road, an ancient network of trade routes that connected East Asia to trade with the rest of the world. Trade relations continued through the Meiji era. In 1885, when the ports of Kobe and Yokohama opened up, Indian businessmen, who traded in cotton and silk textiles, came to Japan. Following the Great Kanto earthquake in 1923, many from the Indian community were forced to move to Kobe, thus laying the foundation for a network of Indians in Japan.

The next significant inflow of Indians did not arrive until the postwar period and as a result of the Japanese economic miracle, during which many Indian traders of textiles, electronics and sundry items relocated to Japan. It was only in the 90s, however, when the IT sector in Japan opened up to the world and the conditions for granting visas to Indian professionals were eased, that a substantial Indian community was instituted in Tokyo.

“The IT sector continues to be one of the biggest sectors where Indians have established their presence,” explains Prashant Godghate, Secretary General of Japan India Industrial Promotion Association (JIIPA). “Even with stringent regulations on quality, imports of Indian textiles, home furnishings, spices, tea and coffee are picking up in Japan. Efforts are being made to bring more awareness of the Indian market and bridge cultural differences to instill confidence in Japanese investors to invest in Indian businesses.” 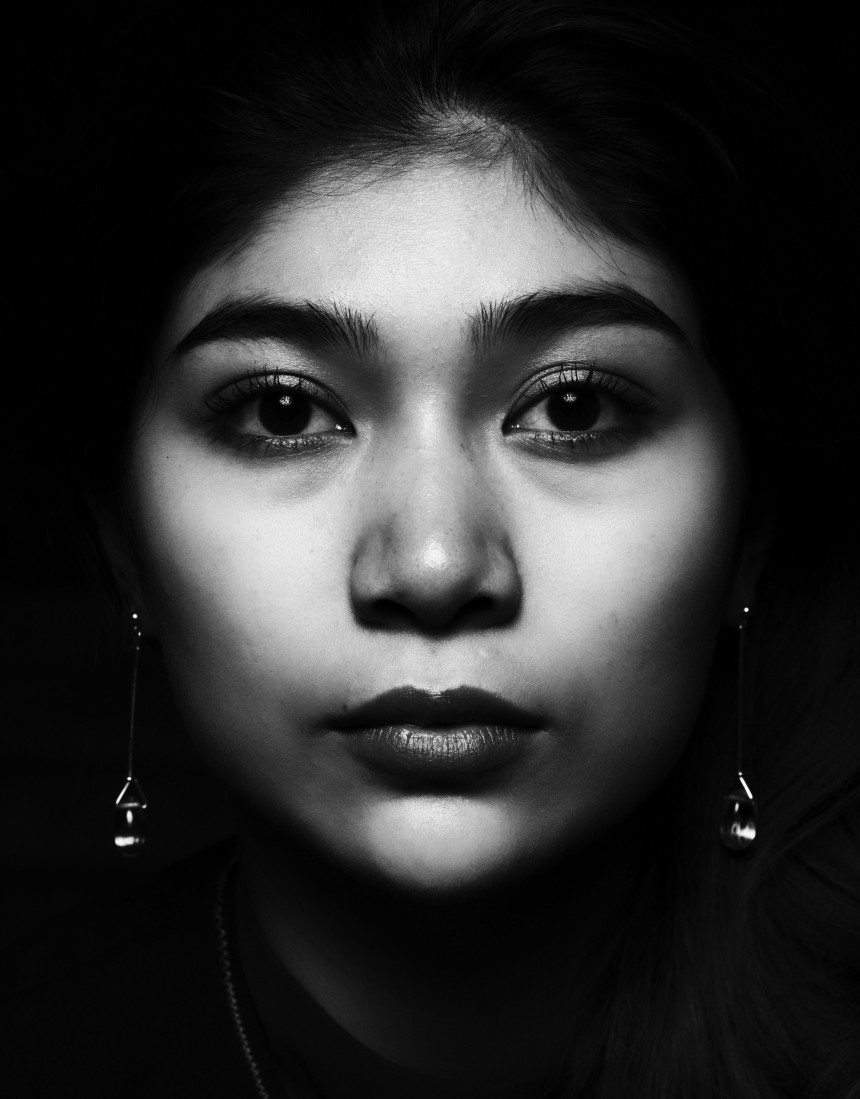 Priyanka Yoshikawa, Miss World Japan 2016, translator, interpreter and businesswoman, is one of the most high profile Indian/Japanese in the country. Born to a Japanese mother and Bengali Indian father, Yoshikawa considers herself as 100% Japanese and Indian. A role model for many mixed race people in Japan Yoshikawa is proud to embrace both her Indian and Japanese heritage.

Unlike the somewhat rustic efficiency of life in India, the littlest things in Tokyo are well ordered and consumer goods are of very high quality. However, even with widely differing development-scapes in both countries, it is not difficult to find cultural similarities. For instance, it is also customary to take shoes off at the porch before entering the house in India; and spiritual influences like incense, bells and chants of Buddhist temples in Japan are also commonly seen in the subcontinent. Fundamentally, both countries showcase a steep sincerity toward traditions.

Just like Japan has dentou (traditions) that are passed down through the generations, India has parampara, such as trade secrets or cooking techniques, handed down through generations. Both are patriarchal societies, wherein much reverence is given to male elders of the family. In fact, it was normal for (male) Indian professionals and businessmen to establish themselves in Tokyo before their family joined them. When the families of these individuals followed, the majority of Indian women drifted into the role of homemakers — in part, due to the lack of opportunities for Indian women, but also partly to facilitate life in Tokyo, amidst language barriers and dietary restrictions.

Because dietary preferences are difficult to maintain in Tokyo, home cooking became an important aspect of the Indian community. “For certain religious occasions, a group of men and women from the community get together and prepare meals for hundreds of invitees. We gather our cooking equipment at one location, cooking roles are assigned to each person and finally, we also complete the food service for the guests,” shares Sunita Kumar, homemaker in Okachimachi who has been unfalteringly preparing home cooked meals for her family for over 25 years. “Indian ingredients are not always easily accessible, so I often adapt Indian recipes to Japanese ingredients. For instance, I use tofu in place of paneer (cottage cheese) in certain preparations.” Fortunately, today a number of grocery stores are now dedicated to meeting the demand for the plethora of Indian ingredients required for cooking.

For those who appreciate a comforting curry take out, the Indian culinary community in Tokyo has also grown, from just a handful of Indian restaurants to one in practically every neighborhood. The demand, however, is not just from the Indian community. Owner of Indian restaurant Sitar in Yokohama, Kumar Mahtani shares that the demand for Indian cuisine has always been higher from the Japanese community. With great support from an established network of friends and family, the third generation Indojin opened doors to his restaurant 33 years back in Yokohama, realizing a vision of bringing authentic Indian food to Japan. He proudly brought out the book of the “Yokohama History of Archives” to point out the name of an import-export company that belonged to his grandfather, who came to Japan in the 1920s and returned to India when WWII broke out, but came back to settle in Japan in the 1950s. Growing up, Mahtani studied at an international school and went home to an Indian household that was closely integrated with Japanese culture.

At the time of Mahtani’s upbringing, there were no Indian schools in Tokyo, but as the Indian diaspora in the capital grew, so did the demand for Indian schools — parents wanted their children to have English-medium education and for them to learn about Indian history, language and culture. In 2004, India International School in Japan (IISJ) became the first Indian school in Tokyo, followed by a campus of the Singapore-based Global Indian International School (GIIS) in 2006. Both schools offered a CBSE (Central Board of Secondary Education) curriculum, a national level board education curriculum in India. The shared system of education also makes it easier for Indian professionals to relocate to India, if need be. Both Indian and Japanese students at GIIS begin the day at school by reciting the Indian national anthem and study with history, civics and geography textbooks that pertain to the Indian context. The emphasis of the curriculum on mathematics also attracts many Japanese students.

In a bid to strengthen cultural relations between Japan and India, the Vivekananda Cultural Centre at the Embassy of  India in Tokyo conducts courses in yoga, tabla and Indian dance forms. By a sunny deck overlooking Chidorigafuchi moat, Dr. Reeta Sharma begins a morning yoga session with the peaceful chanting of Om Shanti mantra. An intermixed class of Japanese and Indian students repeats the mantra in perfect unison. Meanwhile, Bollywood dance teacher, Kyoko Nobi, has students grooving to the beats of Ek Ladki ko Dekha, the latest trending track in Bollywood.

Feasts and festivals are the indispensable identity of every culture. So, how does the Indian community integrate their larger than life festivities in Tokyo? At the largest outdoor Indian festivals celebrated in Tokyo — Diwali (festival of lights) and Holi (festival of colors) — participation can go over a sizeable 1,500 people at a single venue. Hundreds of volunteers are engaged to manage proceedings throughout the event, including the rendering of special permissions to carry out certain traditions:

“In one of the festivals, a model of Ravana is burned in an act that symbolizes the victory of good over evil,” says Rohan Agrawal of the Hindu Swayamsevak Sangh (HSS) Japan, a non-profit organization that conducts community events and gatherings. “This required us to get permission from the fire department. We are fortunate to have received great support from the Japanese community to help us run the event smoothly. A third of the participants are Japanese who are conscious of their historical connections with India or have travelled to India. The Indian community in Japan is still maturing to what it is like in the US and UK. A lot more events are happening in Tokyo and throughout Japan. They help in creating a sense of community away from home and ultimately, in creating a network of Indians who support each other, even in legal and other matters.”

Tokyo’s Little India is certainly unlike the Little Indias of other nations. There may be no focal point, no borough filled with commercial Indian stores and restaurants — but the Indian community here is well on its way to developing an identity based on personal relations and inclusive events. Our Little India is a close knit community effected by the 12,000 Indians who have worked hard to adapt to life in Tokyo while also striving to introduce Tokyo to the traditions that they are grounded in.

Globe-trotter with strong affinity for experiential travel. Curating vegetarian food experiences from around the world. Follow her on thewanderpedia.com