Checking in to Ceylon Inn

The landmark of Sri Lankan cuisine in Tokyo

Living in a foreign country has its perks; there’s something liberating about immersing yourself in an alien environment that’s so removed from everything you knew growing up. Yet, when the homesickness creeps in, it’s only natural to look for ways to shush the occasional pangs of bittersweetness. You turn to any signs of familiarity, scouring community events, festivals or eateries to find that small piece of home away from home.

A hallmark of the Sri Lankan community here in Tokyo is Ceylon Inn. The restaurant joins the throng of thrilling, not-so-hidden gems in Nakameguro, in a neighborhood that’s constantly thriving even during its non-cherry blossom seasons. Dining at Ceylon Inn is almost a rite of passage for Sri Lankan denizens in Japan — my parents, one of which is Sri Lankan, made the customary trek to the eatery right after they moved to Tokyo many years ago. 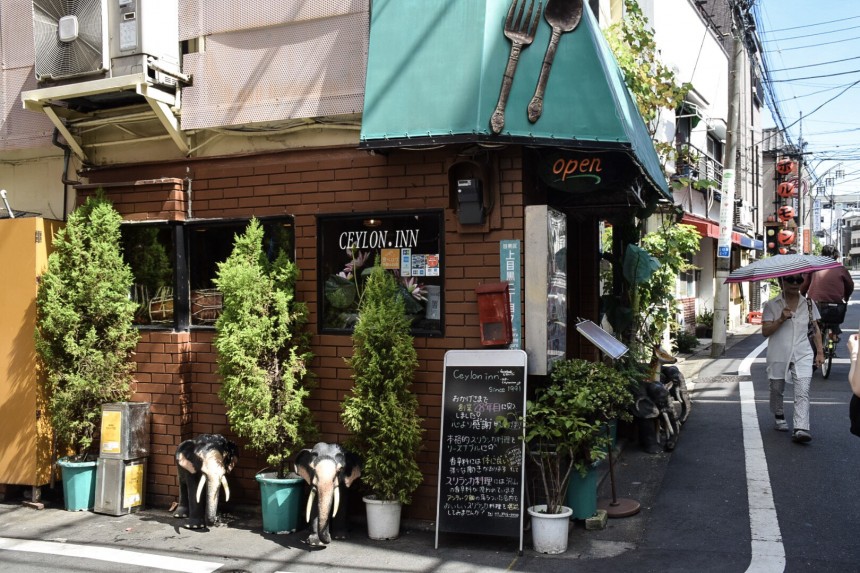 Ceylon Inn, located a short walk from Nakameguro Station, is a humble establishment owned by a Japanese and Sri Lankan couple. The restaurant, which celebrates its 28th anniversary this year, is homely and inviting, lined with brick walls and short elephant statues surrounding the entrance like guard dogs. Inside, the semi-spacious eatery can house up to 20 seats comfortably. The restaurant walls are littered with tasteful wall hangings and Buddhist relics, nods to Sri Lankan culture expressed through traditional masks and paintings. The central bar, which connects to the kitchen, is reminiscent of a tropical, Hawaiian tiki hut, with a shaggy straw roof casting a shadow over the lineup of various liquors. While you can’t see the action in the kitchen, the aroma of spices and curry permeates the cozy room. Another feature of Ceylon Inn is its artistic tables which contain a window panelled display case of spices right under the table top.

We ordered the cashew nuts curry (¥1,300), one of the restaurant’s popular curry dishes. Part of what makes this particular brand of South Asian cuisine distinctive is its use of unlikely ingredients, which draw inspiration from island life. Accents of Maldive fish flakes, fresh coconut shavings and cinnamon often blend to give Sri Lankan dishes an idiosyncratic flavor. Paired with a side of spiced saffron rice, Ceylon Inn’s vibrant cashew nuts curry is slightly sweet and mild with a hint of a kick, and rather filling despite the lack of meat. 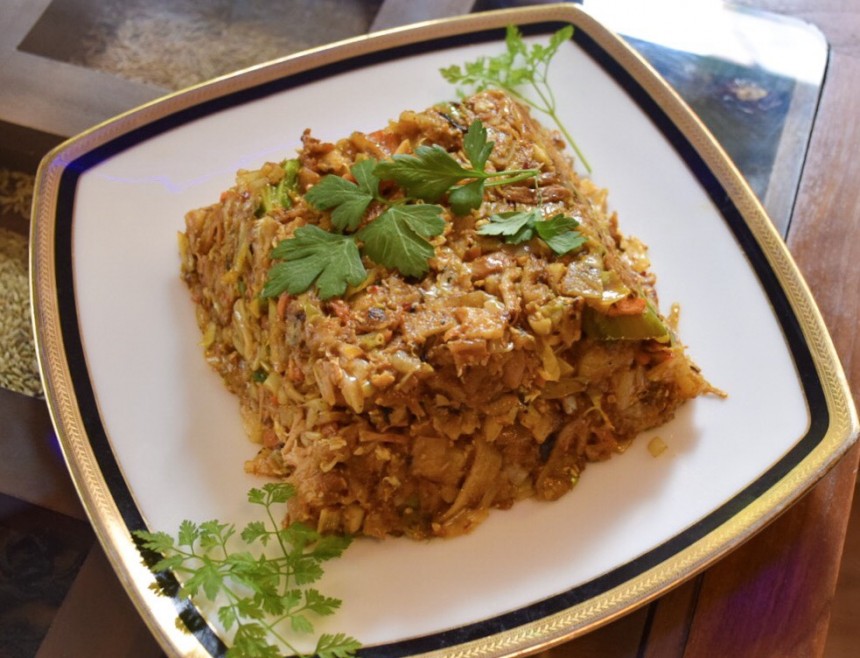 The complex flavoring demonstrates just how different the curry is from the majority of others available in Japan (e.g. Indian or Japanese curry-rice). In Sri Lankan cooking, it’s not just a matter of highlighting one identifiable sensation; just when you think you’ve nailed what it is you’re tasting, you’re hit with another sensation, spice replacing butteriness undercut with sharpness and then creaminess in the end. As the flavors bleed into one another, you’re left digging for answers, trying to uncover just what it is you’re tasting. It’s not until your spoon hits the bottom of the bowl with a resolute clink that you realize the depth and complexity of the sensations in your mouth cannot be sufficiently surmised under one flavor; it’s rather ineffable.

Kottu roti (¥1,200) also ranks as Ceylon Inn’s top ten dishes. According to the store owners, it’s the one dish almost all Sri Lankans order when they stop by. Kottu roti (chopped bread) is a type of street food reminiscent of fried rice. In the capital city of Colombo, almost every corner is littered with at least one kottu roti joint, with the sounds of rhythmic chopping and energetic hissing of oiled-up ingredients hitting the white-hot pans. Kottu roti is essentially the Sri Lankan version of Japanese teppanyaki (hot plate grill). Flat roti bread is minced into bite-size pieces and incorporated with slices of stir-fried cabbage, onions, leeks, carrots, scrambled eggs and chicken. Once tossed together, the dish is molded into a square, resembling a prism. Flavorful without being overbearingly greasy, kottu roti offers a variety of textures to enjoy, from the mochi-like chewiness of the bread to the crunch of vegetables. Definitely worth ordering for a large gathering given its rather hefty portion. 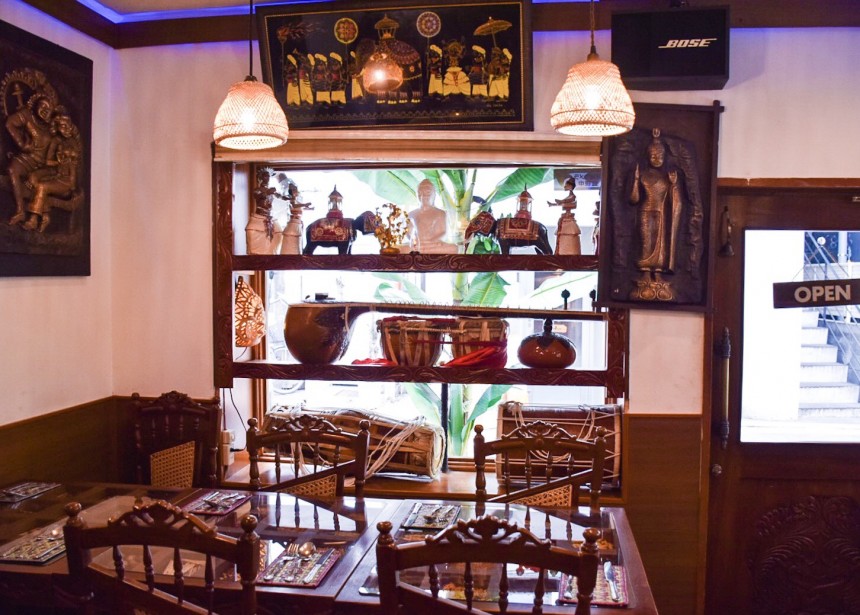 In a city packed with an abundance of curry restaurants, Ceylon Inn carves out a space for the often underrepresented South Asian cuisine. Offering an impressive array of Sri Lankan dishes which play proper tribute to authentic Sri Lankan tastes and presentation, Ceylon Inn is a place steeped in culture and great food — a whisper of home for Sri Lankans and non-Sri Lankans alike.