Osaka-native Marihiko Hara dropped out of Kyoto University Graduate School to pursue a career in music. While his decision to leave a top national university might seem foolish, education was simply not where his heart was.

“When I was younger, I wanted to go to Tokyo University of the Arts. It was where my favorite artist Ryuichi Sakamoto studied. But another part of me knew that I shouldn’t follow his path just because I was a huge fan of him,” says the Kyoto-based composer in an interview with Metropolis. Thus, Hara decided to settle in Japan’s ancient capital, and that’s where his musical journey began.

Eighteen years after Hara, at age 13, first saw award-winning composer Sakamoto perform with Brazilian instrumentalist Jaques Morelenbaum and British violinist Everton Nelson, he finally had a chance to work with his hero. It was the winter of 2004 when Sakamoto invited Hara to join his radio show for an improvised studio session. Hara recalls the improvisation with Sakamoto as being almost like a battle, or sparring in boxing. The two Japanese composers now travel the world together for performances.

Having met an array of international artists in Kyoto, including Shiro Takatani from the Kyoto-based creative collective Dumb Type and renowned choreographer Damien Jalet, Hara has built a reputation as a sound creator even outside of Japan. In addition to releasing three solo albums so far, Hara actively participates in other mediums such as theater, art installations and fashion shows. Last year, he joined Paris Fashion Week for Junya Watanabe’s COMME des GARÇONS show as the music producer. Hara also participated in Kyoto’s annual exhibition Kyotographie and created the music for its teaser preview.

This June, Hara released his latest album Passion. A stunning music video for its leading track “Passion” features Japanese actor and contemporary dancer Mirai Moriyama slowly walking through Kyoto’s historical temple, Kenninji. This song focuses on the piano but the other tracks from his much anticipated album are an experimental mix of field recording and Japanese traditional instruments such as the shoh.

Metropolis caught up with Hara to discuss his new album, life in Kyoto during the state of the emergency and his future plans.

Metropolis: How have you been spending your time lately?

Marihiko Hara: I was busy looking after my wife and newborn baby earlier this year until June, which was when I started working on my album release. The Passion tour was canceled due to COVID-19 and we still don’t know when, or if, things will go back to normal again. Some people say it might take a couple years to go to concerts again without any concerns about the virus. It’s just another year or two for me but my grandmother, for example, is in her 90s and it’s such a long, precious period of time for someone like her. Time is relative. As I just had a newborn baby, I tend to think about the concept of time a lot lately. 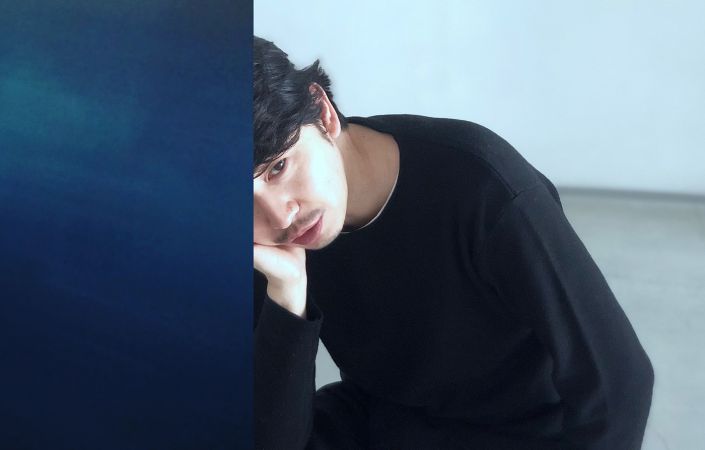 M: Kyoto is very quiet without tourists recently. How do you find the city during the pandemic?

MH: Some people associate my music with words like quiet or peaceful, but I found that quietness is actually scary when the world feels it has stopped. Calmness had its own role in the bustle of modern life filled with music and sounds.

M: Could you tell us about what Kyoto’s cultural scene looks like at the moment?

MH: Kyoto Metro is a popular nightclub and the hub of Kyoto’s cultural scene. Dumb Type, a creative collective founded in the 1980s by students of Kyoto City University of Arts, started  monthly events called Diamond at Metro. People from the cultural scene in Kyoto meet each other at the venue through various events and that’s how I met one of the Dumb Type’s founders, Shiro Takatani, who has also worked with Ryuichi Sakamoto and many other people I worked with. For me, everything started in Kyoto.

M: What is the theme for your latest album Passion?

MH: My albums are often a combination of inspiration from others and urges to create music, which derive from inside of myself. Passion often means a strong uplifting emotion but it also means suffering. I thought about how this word has two incompatible meanings linked to my attitude towards music. I’m not always proactive as an artist and sometimes my attitude is to sit back and wait. Like deciding to cancel the Passion tour for a better performance in the better future, which I believe is not a negative thing at all. I came up with this album title before the pandemic but I think it still makes a lot of sense amidst the world’s crisis.

M: Some bands make music to fight for politics or inequality in modern society. Your sound creation and field recordings have a tendency to awaken our primitive senses and remind us that we are just a part of the ecosystem on Earth. Why is field recording so important to you?

MH: When we go outside, there are a lot of sounds such as wind, birds or cars and we realize the world consists of various kinds of sounds. It’s natural to pay attention to different sounds as time passes. I like the dynamics of the sound of the natural world and I think I intend to blend my music and these sounds together when working on my albums.

The energy of fighting for inequality is definitely essential in society. However, as an artist, I’m not always at the forefront of this activism or actively raising my voice and speaking up. I learned the Japanese martial art aikido, which doesn’t fight like other Japanese martial arts like karate. Instead, it intends to blend with the attacker’s movements to control their actions with minimal effort. The passive-aggressive attitude and philosophy of aikido might have something to do with my artist style.

M: You did a live-stream performance on Instagram during the pandemic. How was that experience different from normal concerts at venues?

MH: I was concerned about the sound quality as there is no control over how the audience perceives my music, unlike in actual concert halls. Also, only monoral sounds are available on Instagram iPhone’s iOS, instead of stereo sounds. I tried everything I could in order to keep the sound quality as high as possible, but it really depends on the audience’s listening environment. However, I received a lot of positive comments about the sounds, which was a surprise for me. It’s interesting that sitting on a sofa in their living room with a glass of wine on Saturday at 8pm works better than our technical efforts for sound quality. As there are still so many uncertainties in our life, I would like to try online streaming again, as it’s possibly the best decision to make amidst these circumstances, and to look towards a better future.