How natural disaster in Yamanashi formed a decades-long bonds

Bonds can be formed in all sorts of different ways — through work, mutual friends and music tastes. A plane-load of pigs and corn isn’t one that naturally springs to mind, but that’s exactly the way that Iowa and Yamanashi became sister-states way back in 1960. The event is known as the Iowa Hog Lift and it all started in 1959 when Yamanashi Prefecture was devastated by two typhoons in less than one month. An American Air Force sergeant from Iowa, Sergeant Richard Thomas, was living in Yamanashi at the time and arranged to have support flown over from the U.S. in order to help revive the local livestock industry. After a few phone calls, Iowa farmers rounded up 35 pigs and 100,000 bushels of corn, all flown over by the American Air Force. This event gave rise to the first sister-state relationship between Japan and America in 1960 and has resulted in countless business and educational activities between the two states ever since. By 1962, those 35 pigs multiplied to over 500 and now most pigs in Japan trace their lineage back to those original 35. 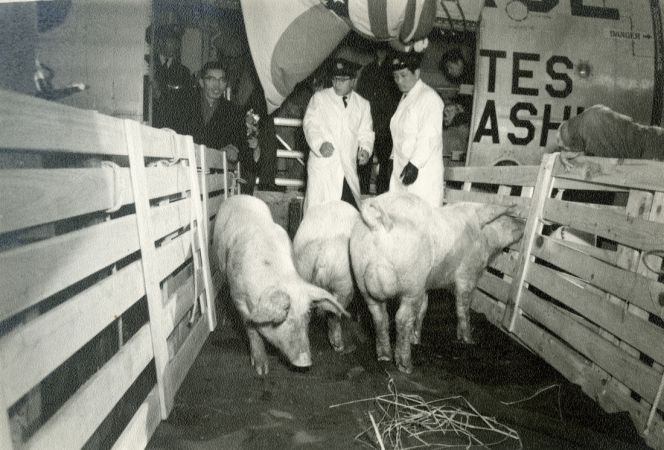 Since 2017, Yamanashi has continued to celebrate the Hog Lift and further strengthen their bonds with Iowa through the annual OOOH! Bacon Festival in Kofu. The festival is a collaboration with the Iowan Blue Ribbon Festival which began in 2008 and the Junior Chamber International Kofu (JCIK). The event doubled in size after its first year and now receives an annual attendance of around 25,000 people over its two days.  A typical day at the Japan Bacon Festival includes live entertainment, bacon samples from sponsors Jones Dairy Farm and Berkwood Farms, bacon inspired cuisine from over 20 local restaurants, bacon eating contests and the annual Bacon Queen Pageant.

Bouncing back after a canceled 2020 event, this year’s Japan Bacon Festival (Ooh! Bacon Festival) will once again be held in Kofu from October 22 – 24. One of the sponsors helping the festival make its triumphant return this year is Jones Dairy Farm, an American business who have been around since the late 1800s and doing business in Japan since the mid 90s. They’ve sponsored the Japan Bacon Festival since its inception in 2017, providing over 1 tonne of free bacon samples in collaboration with Berkwood Farms each year.

In addition to their participation in the Japan Bacon Festival this year, Jones Dairy Farm are embarking on their own nation-wide roadshow which they’re calling “Porktoberfest.” Porktoberfest will take its crew across the country to Costco warehouses in Hokkaido, Yamagata, Chiba, Ibaraki, Ishikawa and Toyama. Each stop will feature special events and giveaways and the Kisarazu legs will act at a welcome party to celebrate Costco moving their Japan headquarters to that location.

An unlikely friendship born from disaster and forged through the love of all things bacon, the decades long history of relationship between Yamanashi and Iowa is a strange one. Thanks to sponsors like Jones Dairy Farm, the Iowa Hog Lift and the bonds between Yamanashi and Iowa continue to be celebrated at the OOOH! Bacon Festival and, as they say at the festival “A bond initiated with the sharing of pigs will be strengthened with the sharing of bacon.”

OOOH! Bacon Festival 2021 will be held in at at Kasuga Street and Central Kofu Pedestrian Mall on October 22 – 24
Head to the festival’s Facebook page for more information. 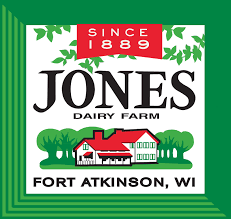