Known for her ability to express her passionate views and current state of mind, fashion designer Hiroko Ito proudly announced that 2020 would be about conveying her take on the concept of sustainability.

Ito’s three-decade-long career has established her in the fashion industry as a designer, brand owner, and what she would describe as a “fashion artist.” Alumni of the Fashion Institute of Technology in New York and former Comme des Garçons designer, Ito spoke with Metropolis about her views on sustainable fashion, the role of technology and the future of her brand Hisui by Hiroko Ito, as well as her new student-led brand Re Loving One.

To express the fun of fashion and to be able to communicate a message with it. It is something that can be used to express yourself, but also something to help find yourself.

As Hisui by Hiroko Ito marked its 20-year anniversary last year, it seems that Ito is seeking to steer her brand from one based purely on aesthetics to one that is more mindful of sustainability and functionality — a vision of what she thinks contemporary fashion should become.

This shift in brand concept was motivated by her trip to Uzbekistan, where she discovered the sustainable thread “Pure White.” According to Ito, this material doesn’t require bleaching, which eliminates water pollution and possible skin irritation for wearers. Ito also notes that the cotton is harvested sustainably because “the soil and breeding ground is breathable, and fertilizer and agricultural chemicals are not used.” The eco-consciousness doesn’t stop there, as Uzbekistan’s government also holds procedural inspections of the grounds and processes, with specialists regulating harvest periods. This ensures quality control, as well as environmental control.

Energized by her discovery of the cotton, Ito mentions that “[the trip] inspired me to work towards sustainability. I have been in the business for 20 years and now I want to make a contribution to society by improving manufacturing and selling these sustainable threads in Japan.” Ito’s passion for new materials comes from her impression that in Japan, notions of sustainability have yet to fully develop. “People here think that sustainability is merely recycling and reusing but this is incorrect. There is more to it that includes sourcing truly sustainable materials and being aware of land use,” the designer says.

This is a valid point, as the Japanese perception of sustainability does often fall short, limited to simple recycling rather than opting for the use of organic materials, improving labor rights or redirecting wasteful consumer behaviors. Ito expresses her frustrations toward this and hopes that brands and designers will start reevaluating the impact of their environmental footprint. 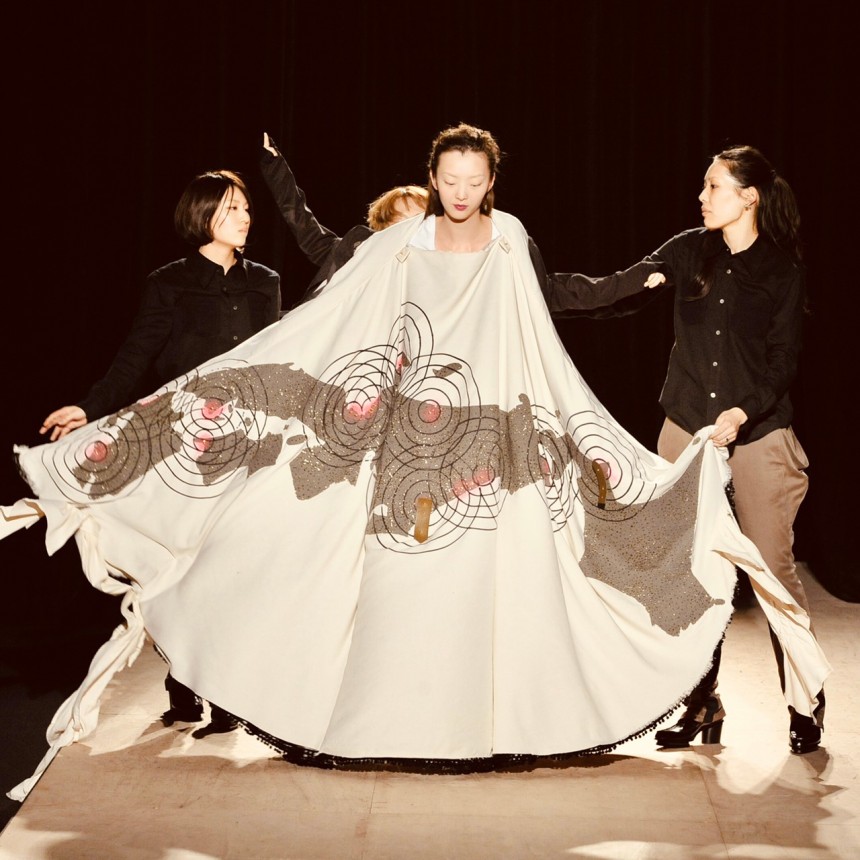 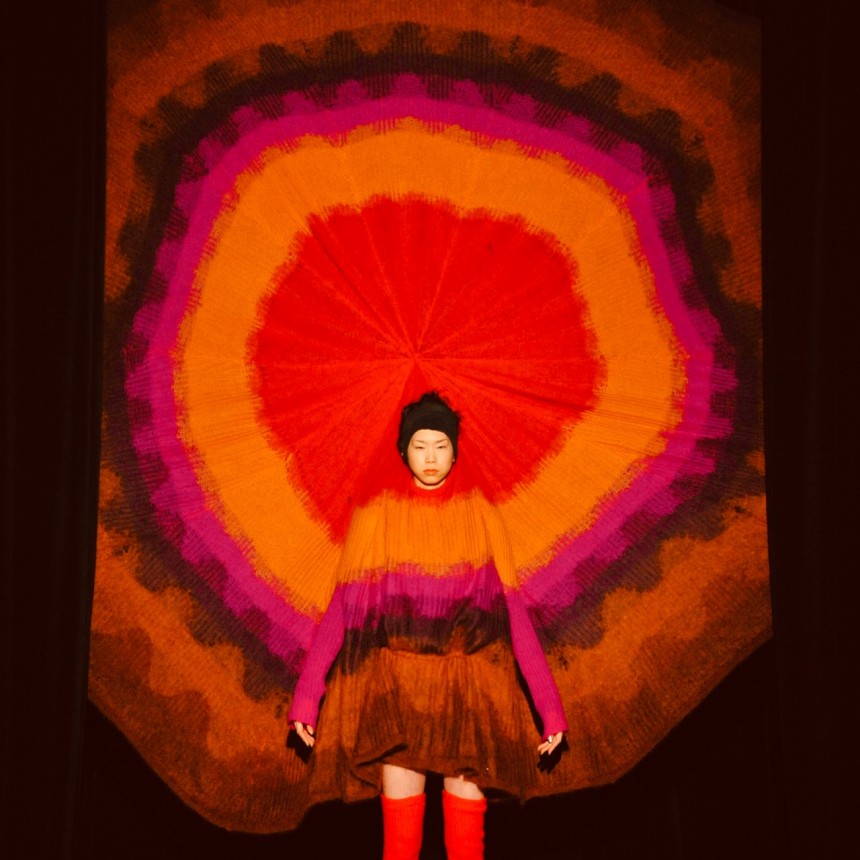 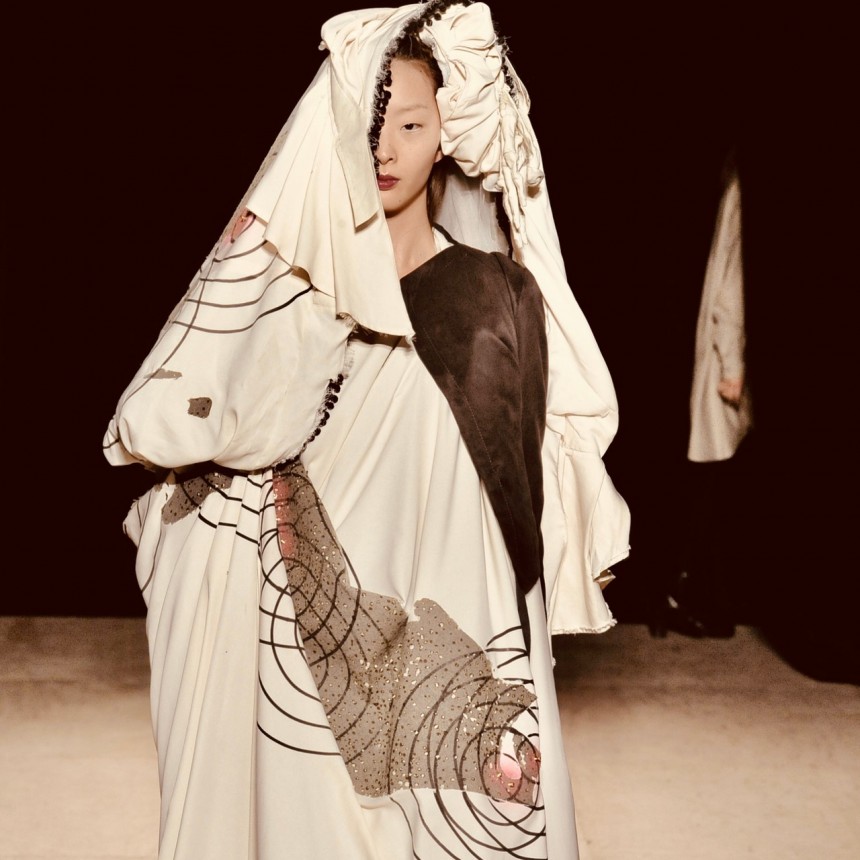 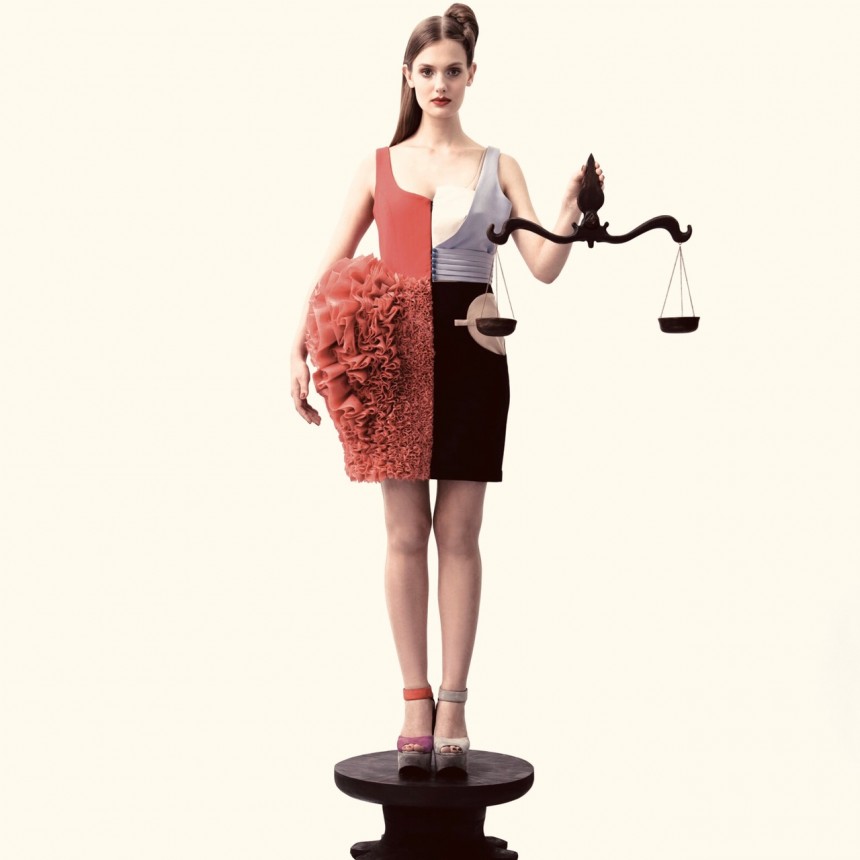 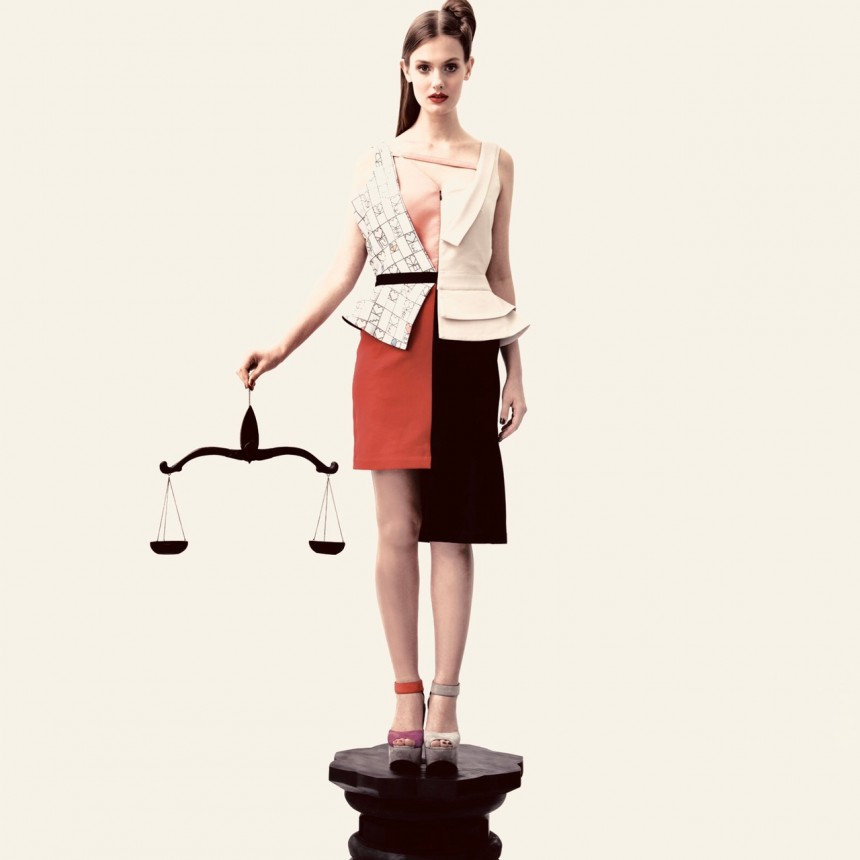 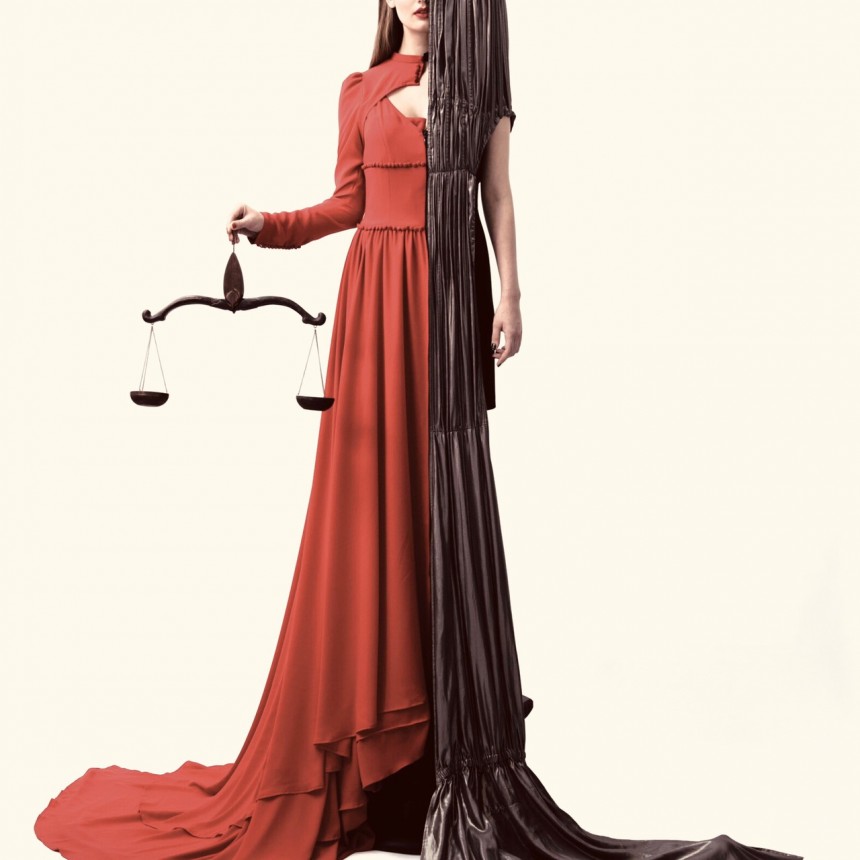 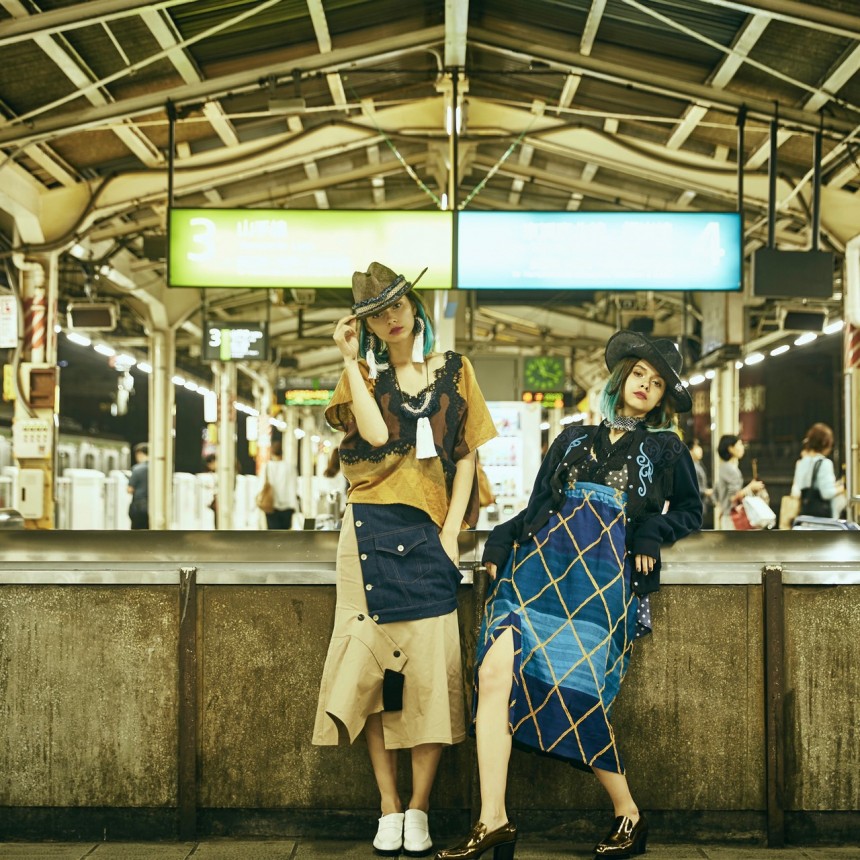 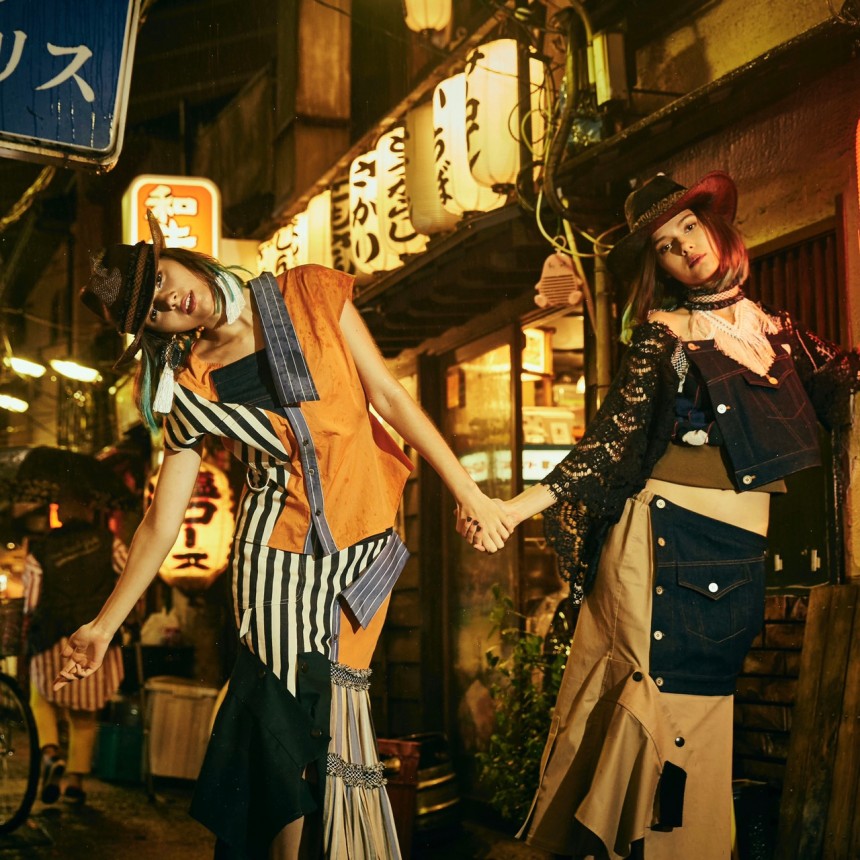 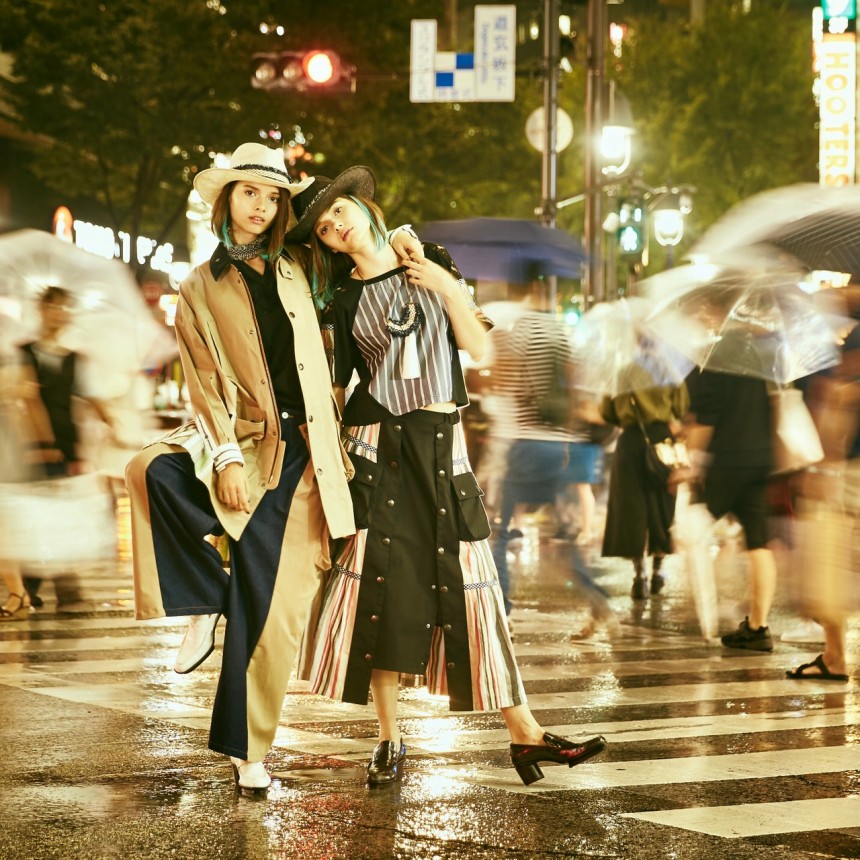 Despite the fact that the creative’s theme has been explicitly set to sustainability this year only, Ito has always been environmentally aware and conscious about societal issues. Her favorite collection, the 2005 Autumn/Winter collection, incorporated unused or leftover fabrics to combat waste. The 2011 runway designs also exhibited her opinion on the nuclear situation in Japan, establishing her environmental and political views through her art.

Ergonomics and the optimization of the relationship between worker and product are also key to Ito. Numerous times, she elaborates on the need for appropriate standardization of workers’ treatment and the distribution of manual labor. With the “Pure White” project, she assured that the well-being of her workers was monitored. Ito’s attentiveness to the human factor is apparent and underlines the importance of understanding the compatibility between people, ideas and the clothes. To her, a company cannot be called sustainable without considering these factors. 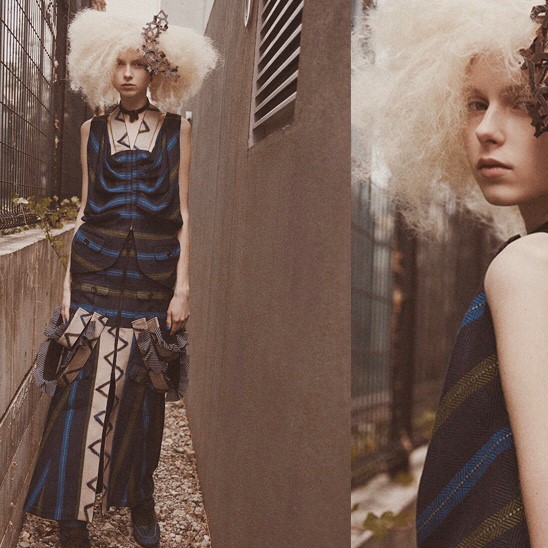 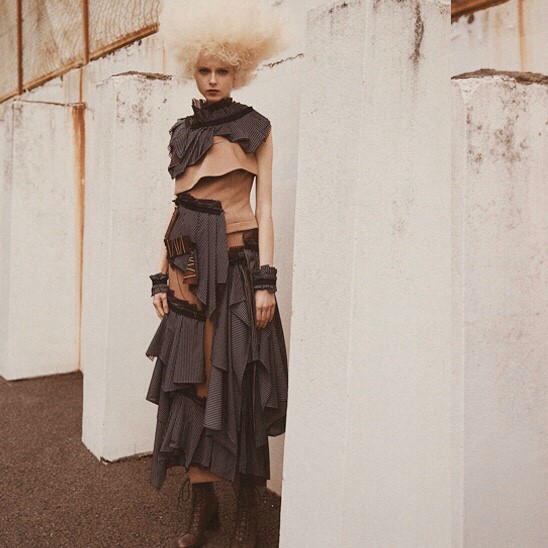 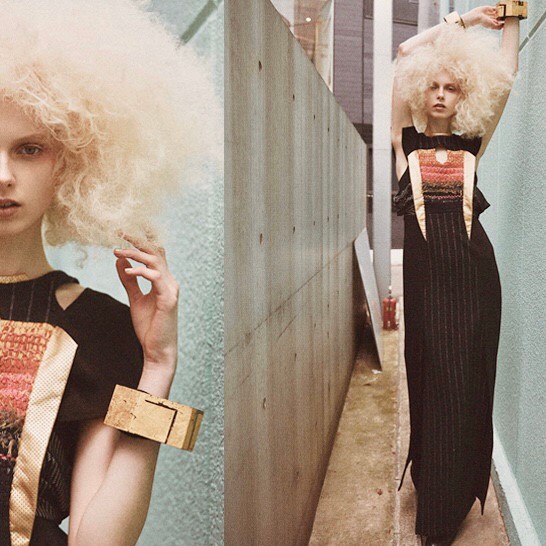 Although Ito is predominantly known for her avant-garde looks, this year she hopes to create clothes that are based on comfort in style. She admits that her previous ensembles lacked the comfort aspect and were largely based on visual appeal. Realizing the need to evolve, she is currently designing clothes that are better molded to the human body to allow for easier movement, an answer for those who want to remain ultimately fashionable while on the go.

However, Ito remarks that functional clothing should not be confused for casual or sporty, as every functional decision is still made with high fashion at the core. She showcases this concept firsthand with  an original dress she has on. Slits are cut on the elbows and shoulders to allow for joint movement, but Ito emphasizes that “every creative decision has a function. Holes and slits aren’t made just to look punk.” True to her word, the “functional” details of her dress are subtle and almost unnoticeable. The fabric’s weight is balanced throughout the dress, making it cool and comfortable — a solution to her criticism that “most clothes right now are shapeless and heavy, with material weight hanging from just the shoulders.” Ito also styles her dress with a metallic blue belt, cinching the waist to create a flattering silhouette.

Another project that Ito has been working on recently is one that was developed for and by her students at Dressmaker Gakuin. As part of her course for third year students, lessons are taught on how to “create marketable clothing, like how Zara does for the mass market.” In an effort to offer her students applicable experience, Ito pitched the idea of actually selling and commercializing the clothes made by them, instead of simply showcasing them at a student exhibition. This culminated with the creation of Re Loving One, created by students and directed by Ito.

Speaking on the amalgamation of fashion and technology, Ito states, “Fashion becomes easier because of technology. This is a transition period for fashion. People can search for what they like, designers can visualize their ideas and the internet makes it easy to combine art with fashion because of media accessibility.” The fashion mogul emphasizes that she embraces the internet because it has allowed her to view art more freely, and has therefore helped inspire her work. 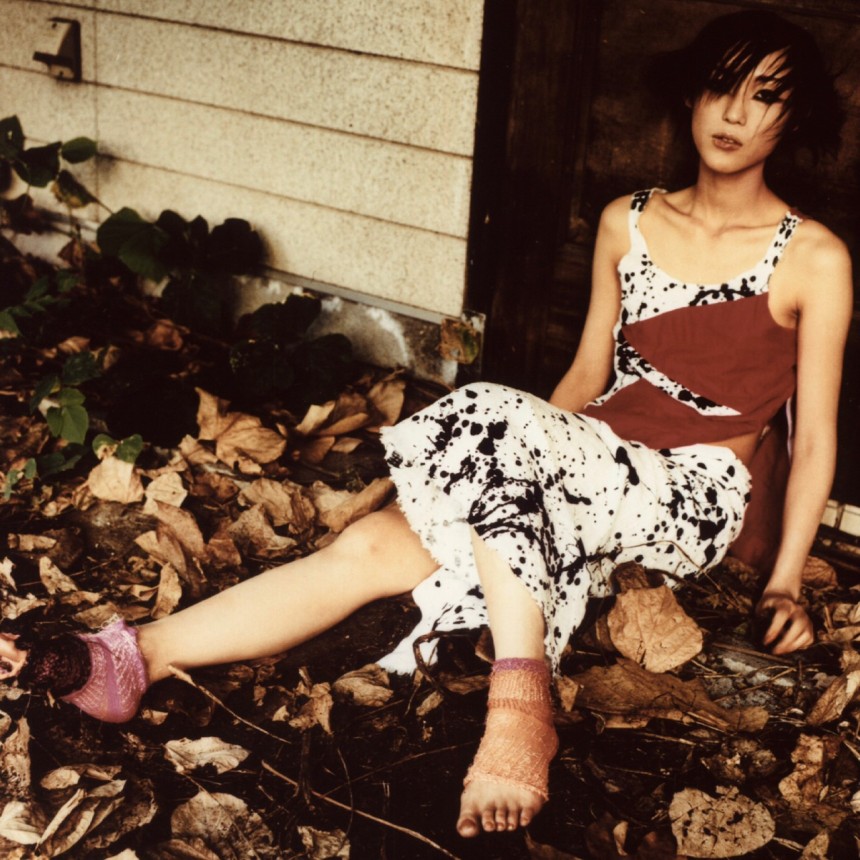 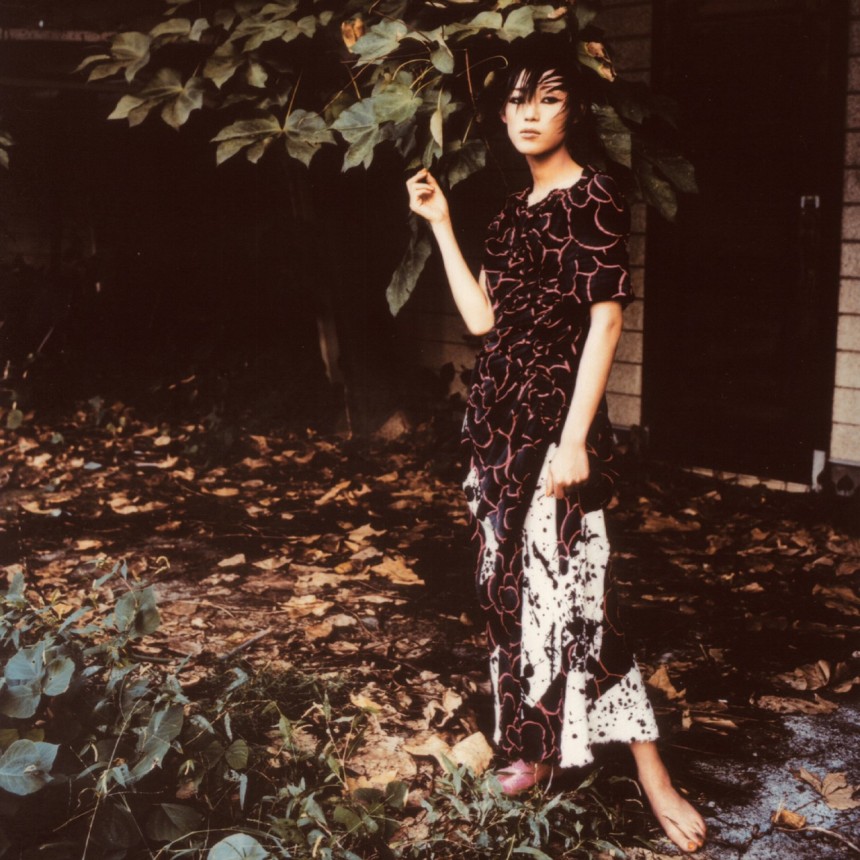 Beyond this, Ito also mentioned how technology allows for more ingenious designs. An example she gave was her friend Mao from “Gyaruden,” who employs battery engineering to create accessories that light up and are programmed to change colors based on sound. Although Ito doesn’t have plans for battery-engineered goods, the versatile designer exclusively confesses, “I am delving into medical care in some way but I can’t talk about it right now,” perhaps alluding to medicare clothing.

As for what we can expect from Hisui by Hiroko Ito in terms of sustainable creations, we will have to wait and see. Ito kindly reveals that the wait won’t be too long as she plans to debut her apparel this summer. She also shared the possible change of the name for Re Loving One and the expansion of the brand. Ito closes with her design philosophy: “To express the fun of fashion and to be able to communicate a message with it. It is something that can be used to express yourself, but also something to help find yourself.”

Forms of expression are diverse, and Ito embodies how current affairs, environmental concerns, art and technological developments can be fused together in the melting pot of fashion. Being one of the few designers to tackle sustainability from its core, Ito’s stride toward environmental consciousness will hopefully influence other designers and brands in the near future. As the challenge of sustainability confronts many industries, it will be interesting to see how the Japanese fashion industry deciphers and develops what it means to be a truly sustainable company.

Shir Lee is a Japanese born, Thai bred, half Malaysian undergraduate student. Enjoys hibernating at home with some anime, Korean noodles and wine.