15 Things To Do in March in Tokyo

Metropolis recommends the best gigs, exhibits and festivals this March

Keep in mind that due to the ongoing situation with the coronavirus in Japan, events are subject to change. Many venues across Tokyo, including museums and tourist attractions, are temporarily closed to prevent further outbreak. Please check event and venue websites for the most recent information. This post was last updated on Feb. 28, 2020.

Artist Yasumasa Morimura debuted in 1985 with a series of self portraits based on Vincent Van Gogh’s paintings. Ever since, self portraits have remained a significant element of Morimura’s work. By incarnating himself in recreations of famous paintings, movies and historical events, Morimura explores notions of time, race and gender. In Ego Obscura, Morimura examines the meaning of the “self,” referencing Japan’s modern history as well as world culture. Video installations are also screened on some days. 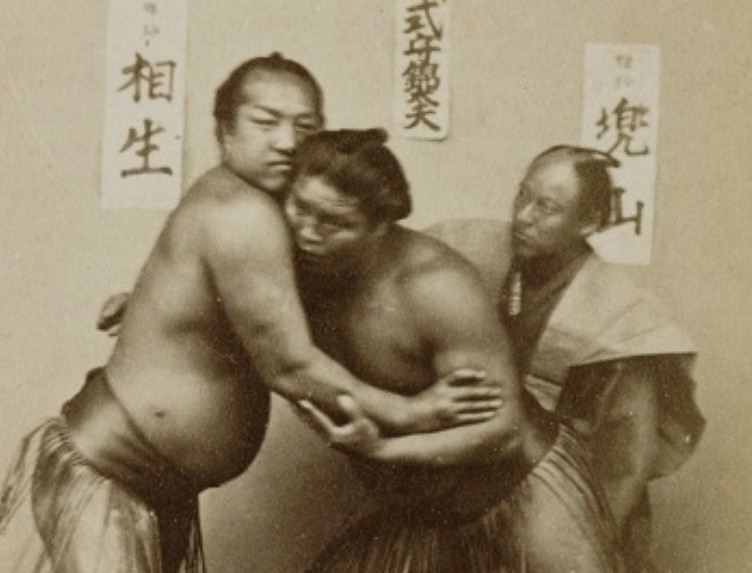 March 3 – May 24 *This event has been postponed

Travel back in time to when Tokyo was still Edo and very few foreigners had any idea what Japan looked like. The Tokyo Photographic Art Museum is hosting a fascinating exhibition of some of the earliest photographic images of our fair city and the six surrounding prefectures that together make up the Kanto region. See how Edo changed to Tokyo, and Tokyo evolved, while learning how photography culture spread in Japan.

10am – 6pm, until 8pm on Thurs and Fri (Closed Mon, except May 4)
¥700 (Discounts for students and seniors)
Tokyo Photographic Art Museum *closed until March 15
1-13-3 Mita, Meguro-ku
Station: Ebisu
topmuseum.jp

The Art Fair in Tokyo is the largest in Japan, and the oldest one of its kind in Asia. The event is organized by Art Association Tokyo, and this year’s fair will be seeing it’s 15th anniversary. The event will have various arts that will be displayed, including antiques and crafts, contemporary arts and modern arts. This year’s theme will be “with Art,” with 146 exhibitors from nearly 30 cities in Japan, and global pieces of art will also be featured. 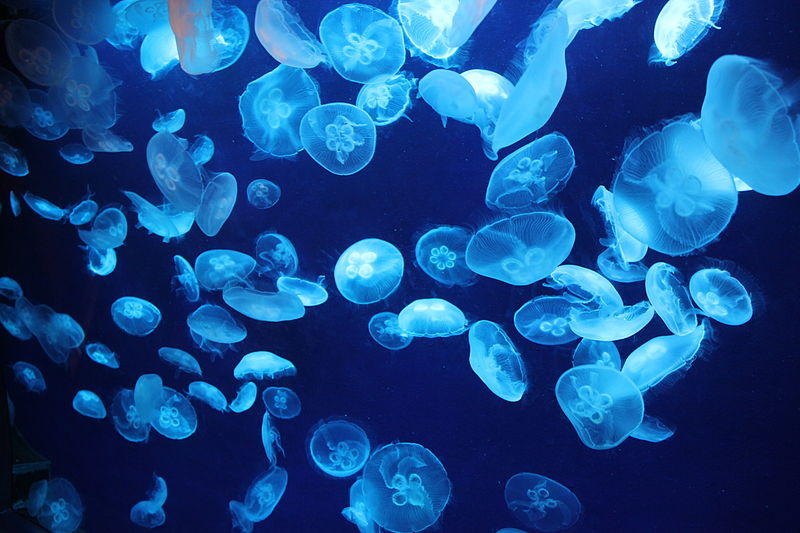 Curious about anemones and Siamese fighting fish? Prepare for a deep dive into the colorful world of oceans and forests as Sunshine Aquarium opens its temporary exhibition on sea creatures, bugs, butterflies and birds. An aquarium experience where people of all ages can meet and enjoy flora and fauna together, the installations will certainly evoke lots of wows as visitors admire the living art of fluorescent fishes and psychedelic patterned parrots. 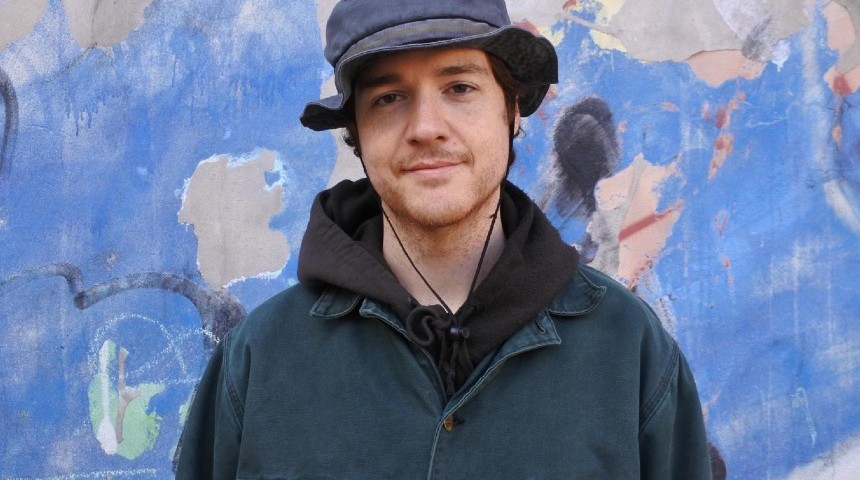 Montreal-based singer and songwriter Peter Sagar will be on tour for his solo project Homeshake, and will be performing this March. He was part of Mac Demarco’s live band and toured with him, until he left in 2014 to focus on Homeshake. His most recent album Helium which was released in 2019, features 13 tracks with notable tracks “Like Mariah” and “Nothing Could Be Better.” As a relatively new independent artist, you’ll most likely be drawn to his music if you’re a fan of the R&B and psychedelic pop genre. Tickets available here. 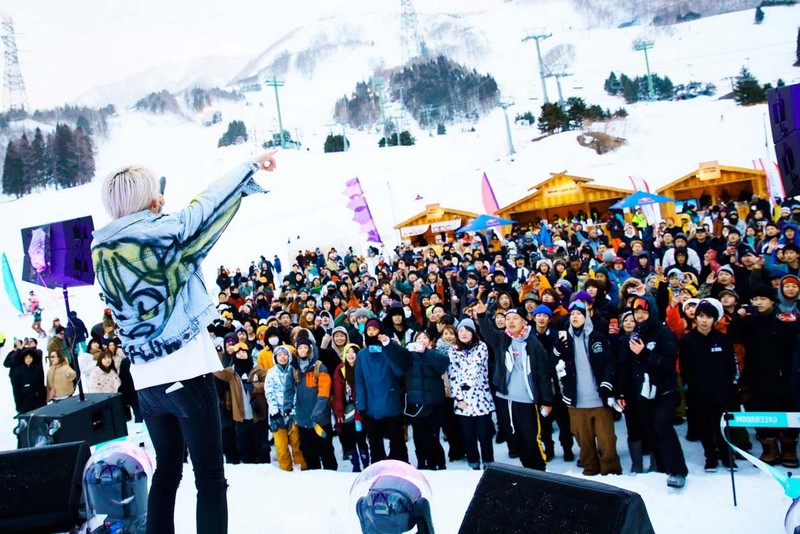 March 14 *This event has been cancelled

Held at Naeba Ski Resort, Snow Light Festival ‘20 boats two stages, one indoor and one outside so you can enjoy the famed Niigata snow. There will be an abundance of food and drink stalls serving everything from curry to karaage (fried chicken) and some shops selling winter merch. The festival will showcase some of Japan’s best talent including performances from m-flo, SANABAGUN. and SIRUP. The finale promises to go out with a bang as over 3,000 fireworks and flowers will be launched into the snowy night sky. 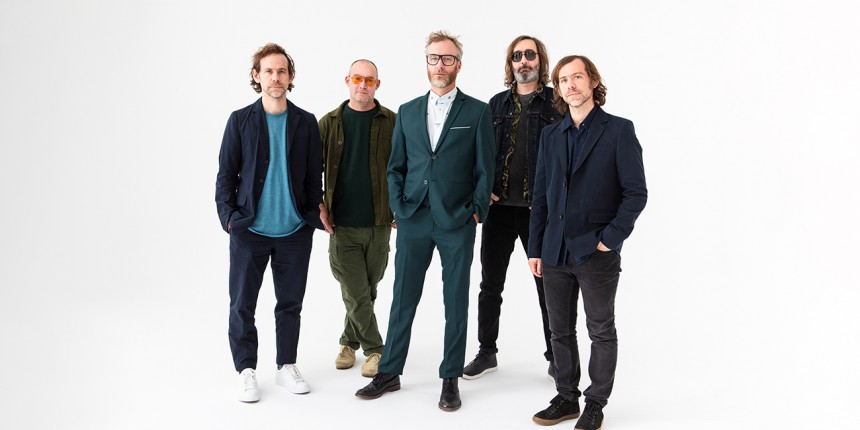 The on-form rock quintet from Cincinnati, Ohio plays two very much anticipated gigs at Zepp DiverCity Tokyo. The band, who have been prolific in recent years, returns to Tokyo to showcase songs from recent album I Am Easy to Find as well as a plethora of other songs and hits from their lauded back catalogue which includes hit songs “Terrible Love,” “Lemonworld,” “Fake Empire” and “Mistaken for Strangers.” Don’t miss this chance to see one of the top rock in the world at the top of their game. 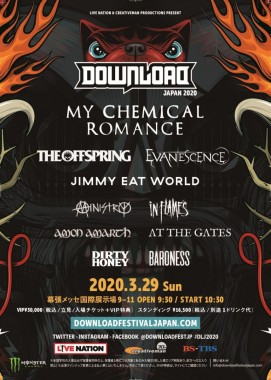 The Download Festival, a British rock music festival, will be returning to Japan at the end of march. The festival is bringing in acclaimed rock bands such as My Chemical Romance as the first headliner. The following lineup includes The Offspring, Evanescence and Jimmy Eat World and much more. There were also additional lineup performers announced in January, adding to the abundant list of bands even further.  This is a festival you’ll definitely need to go to, and will surely satisfy rock music lovers all over Japan. 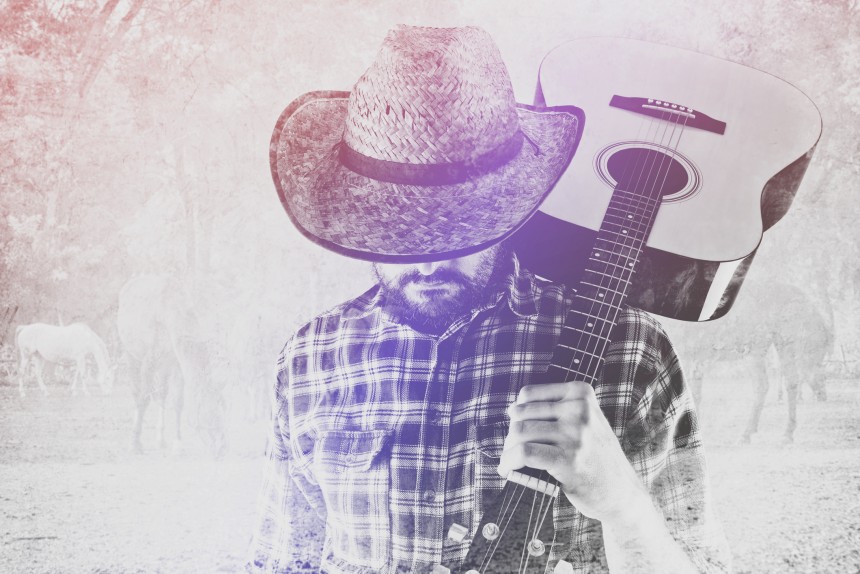 If Tokyo’s bustling city life gets tiresome, and you want to feel the comfort of the countryside, head over to Blue Note to get the full Nashville experience. If you’re a country music fan, this event is for you. Even if you might not think country music might not be your thing, it could shake things up from your regular night out. The show will be featuring talented singers Abby Anderson, Niko Moon, Mitchell Tenpenny, and Cassandra Pope who was season 3’s Winner of The Voice. 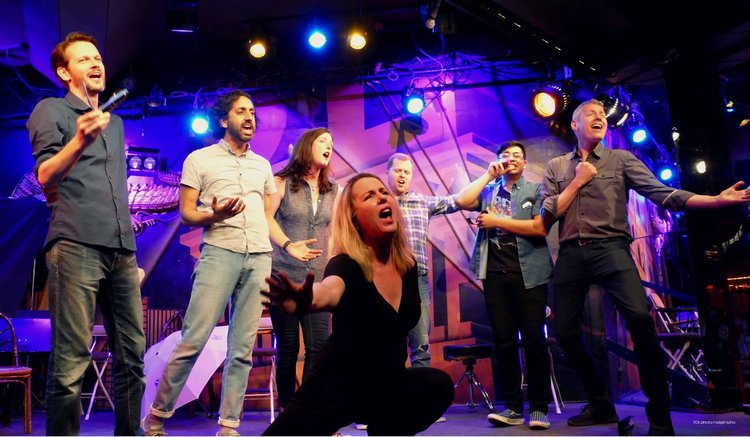 The TCS Improvazilla show is held on the last Friday of the month for 2020, and is the longest-running improv comedy show in Tokyo. The event is a significant (and hilarious) contribution to the city’s budding comedy scene. Check out their show in March to see some of the best improvs in Tokyo. The audience can participate in the show by giving the actors suggestions, and every iteration is as fresh as it is bizarre. 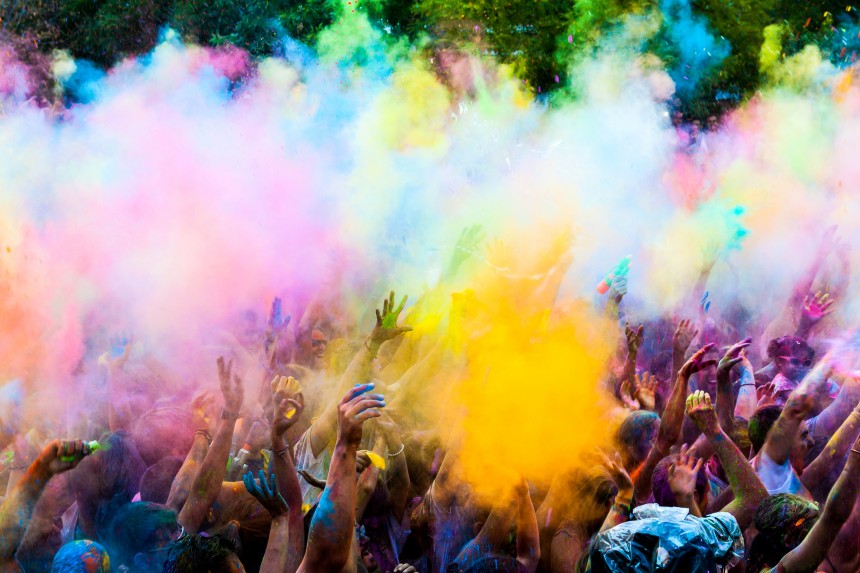 March 7 *This event has been cancelled

Holi or the “Festival of Colors,” is one of India’s most important national holidays. Celebrants welcome the beginning of spring through bonfires and smearing different colors on the body. Each color is symbolic of a specific meaning — red represents love and fertility, yellow represents auspiciousness, green represents new beginnings, and blue represents the Hindu God Krishna. The celebration involves festive sweets and savories which this event promises, alongside bright colors, performances and Indian tunes. 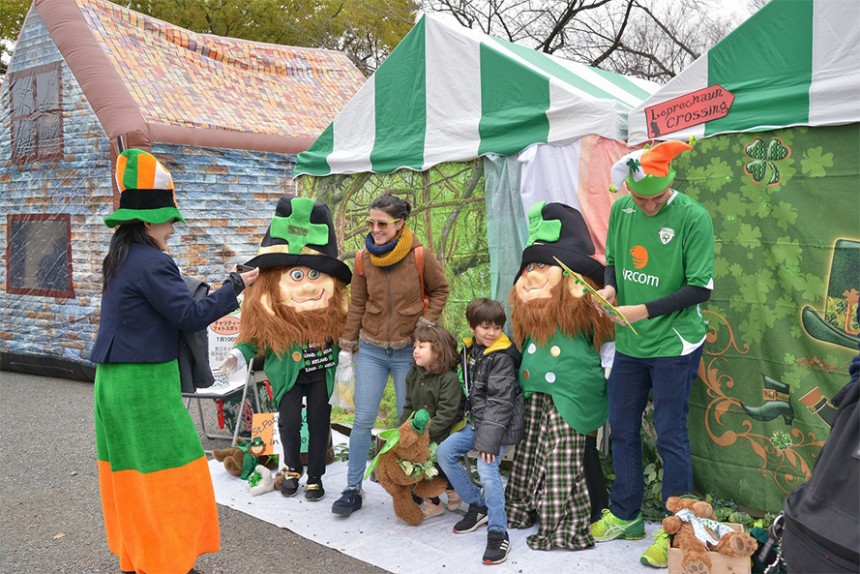 Be Irish for a day and celebrate the seventh annual St. Patrick’s day in Tokyo at Yoyogi Park. This national holiday commemorates St. Patrick, one of Ireland’s patron saints who introduced Catholicism to the region. For the truly local experience, participate in this traditional day with what the Irish are indeed notorious for — Guinness — and balance out the booze with dishes including Dublin coddle and Irish lamb, all while revelling in some classic Irish entertainment. 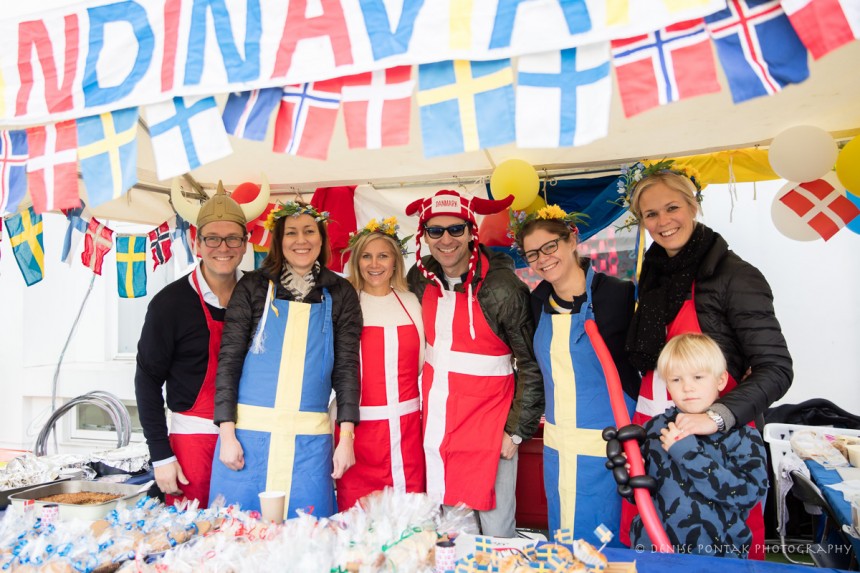 For over 40 years now, the International School of the Sacred Heart and its Parents’ Board has hosted the Family Festival. In customary fashion, the event features stage performances, a shopping bazaar including used book sales, face painting, raffle games and student-run game booths offering art and crafts. Don’t miss out on this precious opportunity to taste food from around the world, catered by the Sacred Heart students’ parents. Enjoy a day of great food, shopping, games and fabulous entertainment. 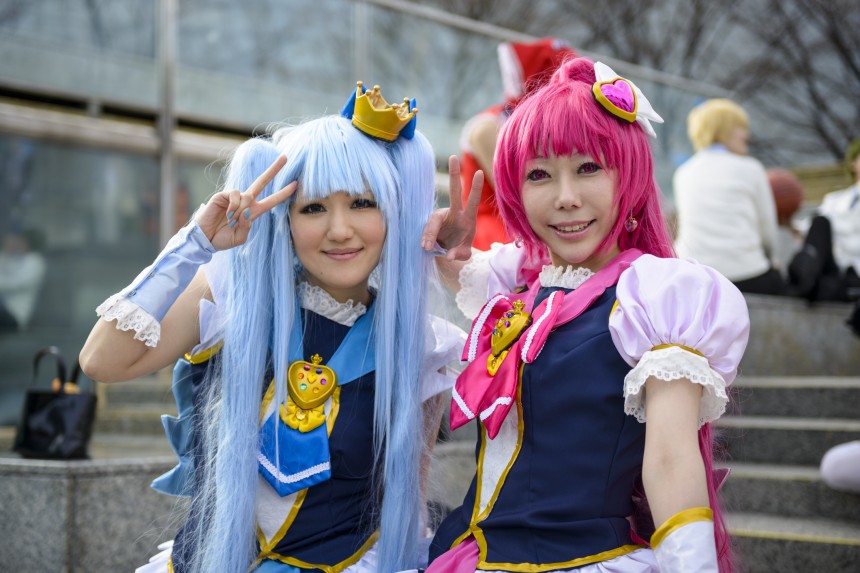 One of Japan’s biggest anime conventions is back again at Tokyo Big Sight. This is a must-go event if you’re an anime fanatic, with last year’s turnout seeing over 146,600 attendees. This year’s theme will be “Japan” with an appropriate slogan of “Everything is about Anime.” This is also a great family event, as the event is held in conjunction with the Family Anime Festa where children can also join in on the fun.

To celebrate the arrival of spring, Hibiya explodes in fresh greenery and colorful flowers. Indulge in the beauty of transient petals and leaves as a contrast to the solid concrete and skyscrapers of the urban Tokyo. Along with botanic installations both inside and around Hibiya Midtown, live performances of gospel and classical music will be held.

Check for more events listings on our events page.