What, Where, and How (much candy can I fit into my face at once)?

When it comes to Japan, snack foods are a particularly popular cultural export.  It is not uncommon for young people living outside the country to know about things like pocky and ramune (see below), and taste-test videos of Japanese snacks on YouTube can easily amass tens of thousands of views. When coming back from a trip to Japan, a common question may well be, “Did you go to a konbini?” referring to, of course,  the ubiquitous chain stores like 7-11 and Lawson, that can be found on nearly every street and whose snack selection is absolutely mouthwatering to the uninitiated. 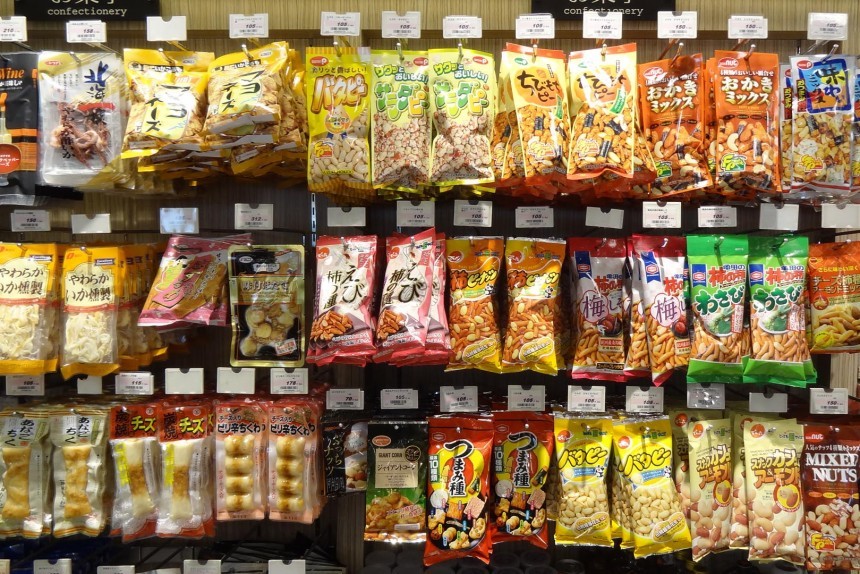 However, there was indeed a time before konbini. The popularization of these chain stores didn’t even start to take hold until the 1980s, during the peak of Japan’s Bubble Economy. Prior to this, the go-to store was the dagashiya, meaning “trivial sweets shop.” The smallness may refer to the individual-sized candies, or perhaps to the cheap price — finding dagashi for a mere ¥10 a piece is still delightfully common. Though many dagashiya have struggled under increased competition from convenience stores and supermarkets, there are still ways to get your fix for those who know where to look. In Tokyo, there are dozens of different shops, each with their own unique flavor.

Okashi no Machioka is the closest thing to a dagashiya chain you’ll find.  Resembling a convenience store from the exterior, it features a mix of both western items (potato chips and chocolate bars) and more traditional favorites, such as the firm jelly sweet youkan, and the incredibly popular corn snack umaibo. In nearby Zoshigaya, you can also find Kami Kawaguchiya — a dagashiya that’s over 200 years old! 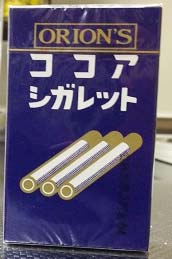 One of the most obvious charm points of the sweets sold at dagashiya is their use of more traditional flavors to fit the Japanese palate. There are many ume (pickled plum) flavored goods; anything from crackers to mints, jams and jellies, or even sold as-is. They are very sour, and not what one would usually think of as a pleasant dessert, though they can be an acquired taste. Japanese sweets traditionally also tend toward the crunchy, such as the cracker-ish snack senbei. Nuts, like those in popular brands like Usupi, are also common. Then, of course, if you want to go all the way to the Japanese-y side of the sweets spectrum, you can buy whole fish here as well. Seafoods such as iwashi (sardines) and ika (squid) are dried and eaten as a snack. Novelty candies are also king, such as fake beer and candy cigarettes, which, as you might imagine, are especially popular with children.

Indeed, as will be obvious from entering nearly any dagashiya store, the primary customer has always been children. “First of all, the candy is very cheap, and also very easy to eat,” explained Mr. Futami, the friendly owner of Kirinchan in Ebisu. This shop also sells toys: all manners of Rubik’s cubes, dice, playing cards, as well as Disney or Universal-themed merchandise. Some shops, like Ichinban Ichome in Ikebukuro, also have UFO catchers or other games outside the shops. Interestingly enough, they also carry vintage photosets of J-pop idols. Another holdover from the Showa Period are prizes, or “kuji” found in certain items that can be redeemed at the stores for more candy. Going to dagashiya is actually a great way for children to learn a part of their culture that they may otherwise not be so familiar with. 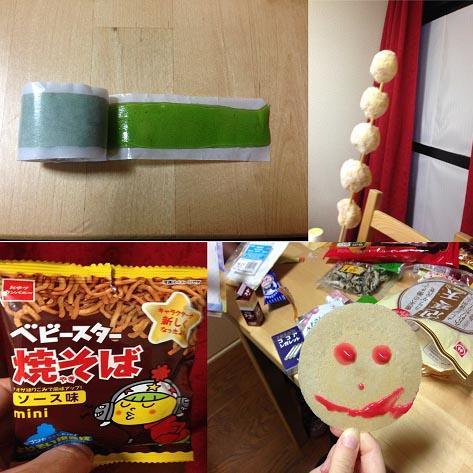 However, adults can also join in on the fun, as well as collectors. “The kids don’t come here much anymore, it’s become a candy store for adults,” says Mr. Adou, the owner of Warugaki Salon in trendy Shimokitazawa. Like the sweet shops once common in American shopping malls of old, there are dozens and dozens of tubs of candy, as well as old toys, and vintage accessories. These were actually brought to Japan by Americans, often soldiers. In a strange twist of fate, such nostalgic items have become fashionable, and Mr. Adou showed me the high-end fashion magazines that have used his odds and ends in haute couture photo shoots.

Dagashiya shops are a treat for the taste buds as well as an interesting gateway to retro Japan; seeing at least one is highly recommended!

I’m an expat from America living in Tokyo. By reading my articles, I hope that you’ll find out an interesting thing or two about Japan that you didn’t know previously. Thank you!