The Sacrifice Needed to Live Between Cultural Worlds

“The Wagamama Bride” is, on the surface, a memoir about a non-Japanese woman’s resoluteness—her wagamama, or ‘selfishness’—to survive in an unfamiliar world. Ultimately, the book reveals the immense sacrifice required to truly live between two cultures, and the ways in which ideals and identity can both foster growth and nearly destroy a family.

“The Wagamama Bride” is a ‘Jewish Family Saga Made in Japan.’ This subtitle sets up Liane Wakabayashi’s approach and the inevitable conflict with her husband Ichiro: Wakabayashi is committed to ensuring that Jewishness comes first. While Japan is the setting, Jewish is her chosen identity for her family.

As a Jew in Japan myself, I have personally experienced how being treated as a foreigner—simply being seen as sometimes Turkish and occasionally European—has fostered deeper connections with my true identity.

In the memoir, Wakabayashi recounts her move to Japan, her courtship and relationship with Ichiro, a spiritually ambitious practitioner of Eastern medicine, and their lives and eventual family together. At first, Wakabayashi is the one who makes sacrifices to be with her husband, to live in Japan, and to raise their children.

Over time, Wakabayashi’s journey of personal spiritual growth takes hold. She moves further into the ranks of Orthodox Judaism through the Tokyo Chabad. She realizes increasingly firm convictions that pit her against her equally rigid Buddhist and Shinto husband. Their arguments, which make up a significant portion of the memoir, have no easy answers. Both wield conservative ideals—the many rules of Orthodox Judaism for the wife, the Japanese devotion to bosses and parents for the husband—against one another in a series of unresolved clashes.

These clashes detonate in the faces of their bicultural children, who are left on their own to navigate a seeming chasm between their dual identities. The personal and spiritual growth that is tremendously important to both husband and wife shoots daggers into the heart of a united family.

By the memoir’s conclusion, it becomes clear that Japan was not meant for Wakabayashi. Her heart lies in Israel, a setting that allows for her complete spiritual and personal development as a Jewish woman, and she separates from her husband.

This ending defines the memoir as, on the one hand, a tale of personal and spiritual growth. Wakabayashi’s life in Japan, distanced from Jewish customs and ideals that were once bedrock, ends up bringing her back to this heritage.

This may be nothing more than a prayer, but for those of us that continue to live lives between worlds, I hope that none of us have to settle so concretely on one.

As a Jew in Japan myself, I have personally experienced how being treated as a foreigner—simply being seen as sometimes Turkish and occasionally European—has fostered deeper connections with my true identity.

On the other hand, the ending shows the sacrifice needed to live between cultural worlds. Both husband and wife needed to take steps to assimilate towards the other’s culture, but neither were willing to take enough of them. In the end, while Wakabayashi’s children successfully navigate both identities—“Jewish and Japanese wisdom has brought us all closer to God and the temples of our ancestors,” writes Wakabayashi—the parents are unable to shed their own and stay together.

This isn’t a tragedy by any means. Dual heritage in “The Wagamama Bride” is a struggle, but also a treasure. The memoir writes in detail about connections between Japanese and Jewish cultures. Wakabayashi learns about Jewish spirituality from the Orthodox Chabad rabbi in Tokyo, and about Japanese spirituality from her husband. Some of the best writing in the memoir comes when Wakabayashi illuminates the similarities between Jewish and Japanese culture, and the ways that investigating these similarities can lead to spiritual fulfillment:

“I find a Buddhist priest and he teaching me this,” says Ichiro in broken English, “‘Only repeating name of the Buddha with all your heart…never cease for a moment. This the practice which results in salvation.”

“The words sounded so familiar,” Wakabayashi reflects. “Each night before I sleep, I recite the Shema, which says…to love God, with all your heart… I had no idea that prayers found in the thousands of years of Jewish liturgy would show up in the Buddhist practice.”

“The Wagamama Bride“ has an abundance of these little moments of enlightenment: sparks in time where Wakabayashi’s perspective grows leaps and bounds. “There is so much for me to learn from you,” she tells Ichiro. This memoir teaches readers about Buddhist funeral rites and Jewish purification procedures, the meanings of ascetic diets and of resting on Shabbat.

But as the story progresses, both husband and wife lose interest in learning from each other. When Wakabayashi asks the Rabbi’s wife how to give her children a Jewish identity, the answer offered is: Ahavat Yisrael, a love of Israel. This means to raise her children in Israel. It’s a conundrum that highlights a particular challenge of contemporary Jewish identity, where the state of Israel wields an outsize influence compared to cultural and spiritual traditions in diaspora.

Wakabayashi only briefly touches on her children’s relationships to Japan—the contentious term hafu is never mentioned, and she rarely explores the ways in which they feel or are Japanese. Ichiro shows flashes of intense interest in Judaism, but these are only flashes compared to the long haul of daily practice, observance and identity.

A reader may be left wondering how exactly Wakabayashi feels about Japan beyond a vehicle to teach her about herself. Ichiro has a quirky zest for life that entertains and confounds, like his request for his wife to support him financially for a year, and his insistence on experiencing the paradoxes of an intercultural marriage.

Wakabayashi paints some aspects of life in Japan in tender detail: flower arranging with Ichiro’s mother, and cleaning a public toilet during a typhoon. Still, I wondered what Wakabayashi’s genuine connections to Japan were. Did she yearn for the summer rains? Did her children make her laugh when they came home from school in their color-coded hats?

“The Wagamama Bride“ is a book focused on the interior: the interior of a marriage, the interior of an identity. It revels in the fulfillment of Jewishness. This may be nothing more than a prayer, but for those of us that continue to live lives between worlds, I hope that none of us have to settle so concretely on one. 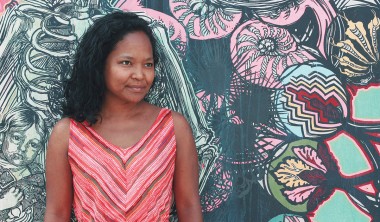 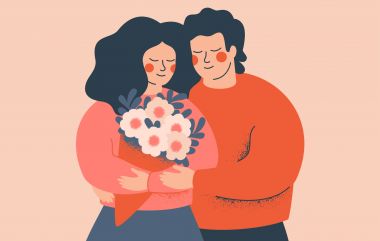 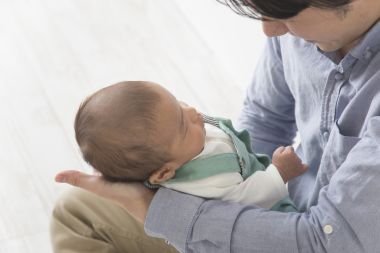