With the Tokyo Rainbow Pride Parade finally returning to Shibuya and Harajuku this weekend and the Tokyo Government committed to the recognition of same-sex partnerships this fiscal year, there’s a lot to celebrate this Pride Week. To help celebrate, we’ve put together a list of our favorite parties, workshops, discussions and exhibitions happening throughout Pride Week from April 22 until May 8. This is just a small selection of all the amazing Pride Week events, discussions and workshops that are happening this year, head to the Pride Week website to check out the full lineup.

Tokyo Rainbow Pride 2022 aims to spread awareness of LGBTQ culture and celebrate the diversity of life and sexuality. This year’s theme is “Change the Future Together.” Yoyogi Event Plaza will feature a variety of performances and, in addition to Tokyo Rainbow Pride Festival and the Pride Parade, there are tonnes of other events happening throughout pride week. Head to the website for more details. 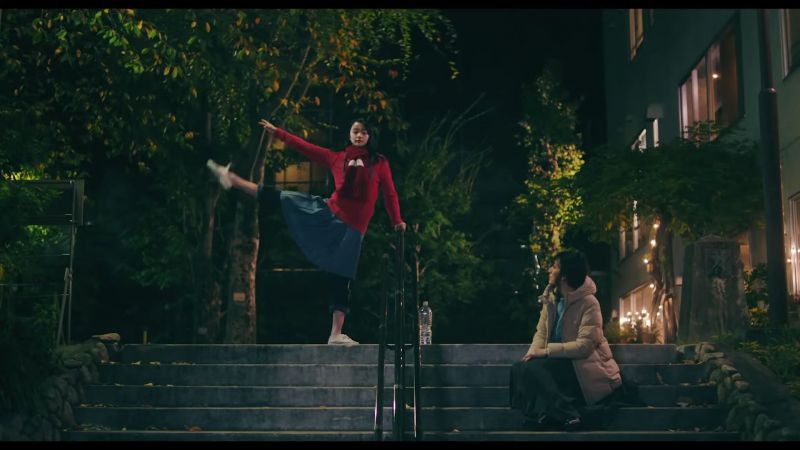 To help celebrate pride week, we’ve put together a list of ten of our favorite Japanese LGBTQ-themed films that have gained attention both in Japan and abroad for their nuanced and honest representations of Japan’s LGBTQ community. From Tsuyoshi Kusanagi’s portrayal of a transgender woman in Midnight Swan to a gay lawyer’s battle with love and self-resentment in Three Stories of Love, these Japanese LGBTQ films have helped shaped Japan’s modern film industry and the country’s attitudes towards LGBTQ people. Check out our top ten favorite Japanese LGBTQ films here and plan ahead for what to watch after heading to the pride parade this weekend. 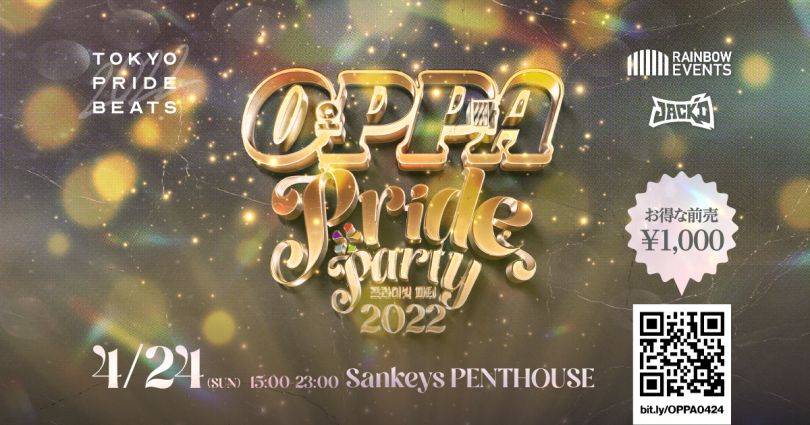 The OPPA Pride Party will be held at Sankeys Penthouse, along the route of the Tokyo Rainbow Pride Parade, on the day of the parade. K-Pop group, KOWICE, will be performing on the main stage and DJ TOMu and his crew will be providing the J-Pop beats on the new sub-floor. If you need to catch a break from the dancefloor, there will be a BBQ and free-flow champagne on the rooftop balcony, where you can watch the parade festivities below. 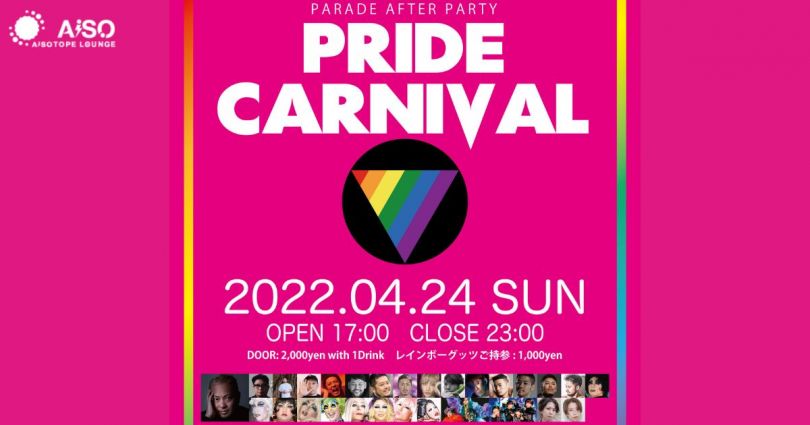 Where better to head after the Pride Parade than the home of Tokyo’s LGBTQ scene, Shinjuku ni-chome? AiSOTOPE LOUNGE’s PRIDE CARNIVAL event will feature Japan’s best house music on the main floor led by Japanese electronic pioneer, Ko Kimura, as well as a multi-genre lineup of J-Pop, K-Pop and trance on the sub-floor. Not just the music, PRIDE CARNIVAL has also curated a variety of dance and Go-go performances and specially invited some of Kyoto’s best drag queens to join the party. 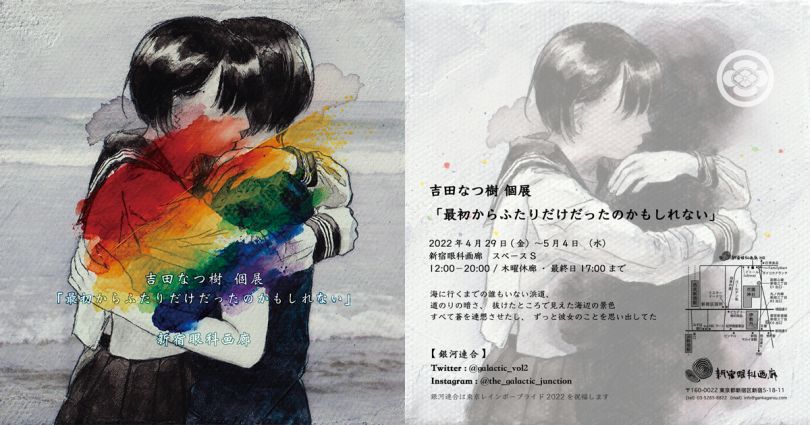 Celebrating Tokyo Rainbow Pride 2022, Natsuki Yoshida will hold a free solo exhibition at Shinjuku Gankagarou. An LGBTQ ally, Yoshida says that although many things have changed over the last few years, she hopes the world is poised to respect diversity more than ever and start to become warmer and gentler. A collection of works will be exhibited under the theme of “Two Girls” and a variety of manga, art books and other merchandise will be available.

Panache is celebrating its 16th Anniversary with a lady’s only party at AiSOTOPE LOUNGE on April 29.  With the theme of Meeting, talking, sound and show, the venue, one of the biggest clubs in Shinjuku ni-chome, will welcome a huge array of guests such as pole dancer Lilika, go-go dancers, singer Ayana Takasaki and a massive lineup of DJs. 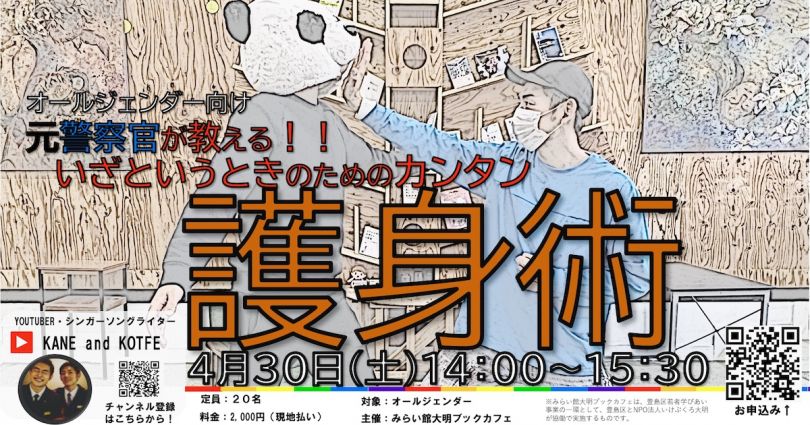 Learn the basics of self-defense in a safe and inclusive environment. Kohei Katsuyama, an openly gay former police officer will teach you basic self-defense skills that can be immediately applied in a real-world context in an emergency, regardless of your physical strength. In addition to that Katsuyama will teach you ways of deterring criminals, without the need for self-defense. This class is open to everybody regardless of gender or sexual orientation. 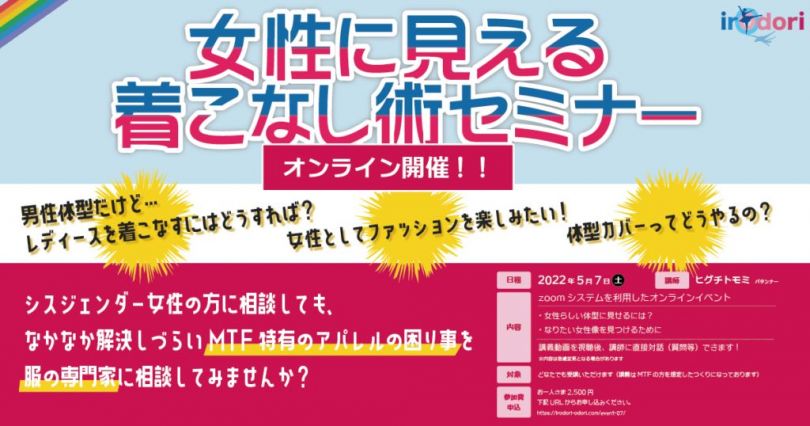 How to Dress Up as a Woman Seminar

This webinar is designed for transgender women who have specific questions when it comes to wearing fashion designed for cisgender women. Get professional advice from fashion experts, Tomomi Higuchi and Misato Masuda in this two-part workshop. The first section will feature videos about topics such as “how to look feminine” and “finding the image of the woman you want to be.” Later on, in the second section, you’ll have an open conversation with the lecturers and the opportunity to ask any specific questions you may have. This event is open to all genders, as well as allies.