A slice out of Californian pizza culture

The past few years have seen a rise and spread of fast-casual eateries popping up all over the city. In particular, the trend in texture-heavy chopped salads became something of a cultural phenomenon, with brands like CRISP SALAD WORKS playing into the hype over aesthetically pleasing healthy foods.

Its most recent venture opened its doors just before Golden Week in the basement of Roppongi Hills, and suffice to say, it’s a far cry from what you’d expect from the health conscious salad chain. R Pizza defies all of your conventional pizza-related expectations. Firstly, as the name hints, R Pizza offers rectangular slices. Secondly, you’re encouraged to mix-and-match and take-out your creations, mimicking the experience of a frozen yogurt stand. 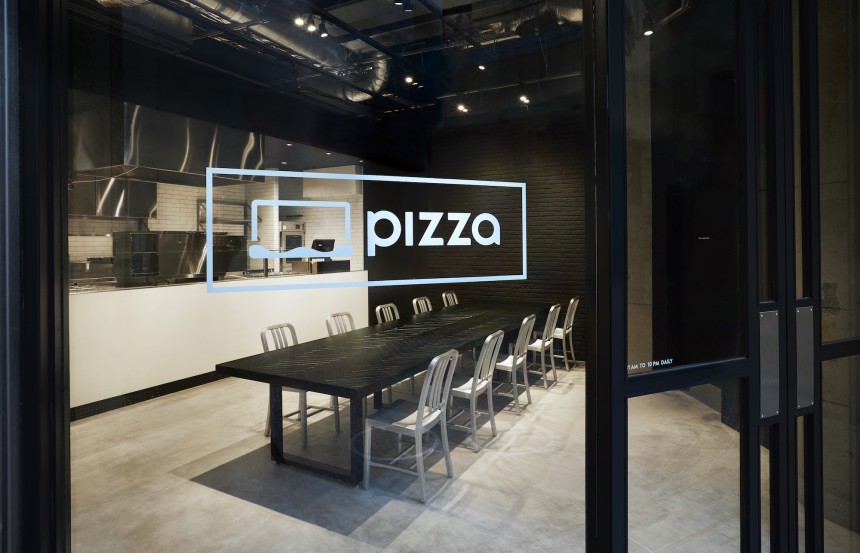 According to owner Hiroshi Roy Miyano, his vision for the establishment is influenced by his time spent in California, where Mexican taco joints and pizzerias had one key factor in common: quick, delicious bites. In Tokyo, where Neapolitan-style pizza reigns supreme, the problem isn’t finding good pizza but rather a place which allows people to come and go with ease. To enjoy delicious slices of margherita, one must essentially commit themselves to the full experience of a sit-down meal. But when its during the middle of the day and you’ve only got an hour to spare, there’s truly nothing more heartbreaking than having to give up on eating the one thing (drool-worthy pizza) you’ve been looking forward to.

R Pizza hears you and your ravenous woes. Not only does the entire process from dough to roast take less than five minutes, the eatery additionally offers customers a choice to customize your ideal pizza. If you’re in a true time-crunch, however, the predetermined featured slices are an equal delight as well. Take ‘El Diablo’ (¥1,130) or ‘Farmers’ Market’ (¥1,180). Hearty and dense with toppings, with an additional undercut of spice that’s hard to find within the realm of localized western food. The dough, albeit slightly too pillowy, is reminiscent of naan in both shape and texture. 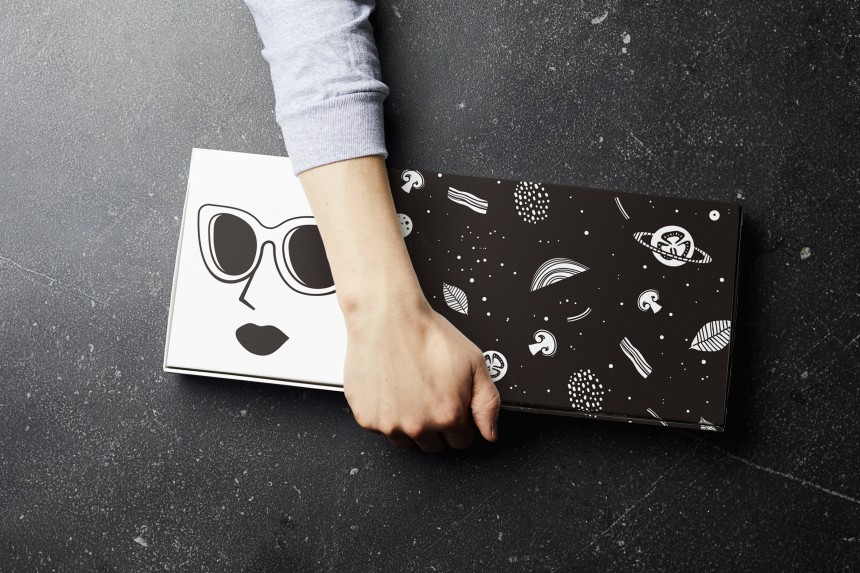 The take-out box is also worth mentioning; since the pizza is rebelliously rectangular, the box is a sleek and narrow in design. This effectively reduces the bulkiness of square shaped pizza boxes and allows eaters to transport their pies in fashion. Taking home my own leftovers via the evening rush train, I couldn’t be more grateful for a takeout container than at that very moment. Plus, given the classy monochromatic illustration on front, it looked like I carried a chic gift box, and not my breakfast for the following morning.

When faced with the rush of lunchtime madness or simply in knead of a dining revamp, R Pizza offers a stop and go pizza joint that cuts down on time, raises the creativity and delivers on deliciousness.