Have a blast at Shinjuku’s Food Hall Blast! Tokyo

It seems like a growing number of businesses in the food industry are invested in creating an all-encompassing dining hall, a one-stop destination for all of your breakfast, lunch and dinner desires. For instance, Roppongi Hills’ Grand Food Hall, Food Collective Dining and Shibuya Stream’s restaurant floor play into this concept of housing a diverse range of restaurants under one roof. Perhaps more recognizable is the example of a shopping mall food court, with its unassigned seating arrangements and an array of stalls surrounding the perimeter of the hall.

Yet, what’s missing from these examples is the element of personalization; with the exception of the frozen yogurt stands, there aren’t many places which allow customers to customize their own meals. It’s not exclusively a matter of the availability of such options (in many cases, you can find places that encourage the diner to select their own toppings or sauces to accompany a dish) — rather, part of Japanese culture is the implicit trust we have in our service providers. Like a barbershop menu item, the omakase (I’ll leave it to you) attitude we have speaks to our belief in the other, more experienced professional to make decisions for us. 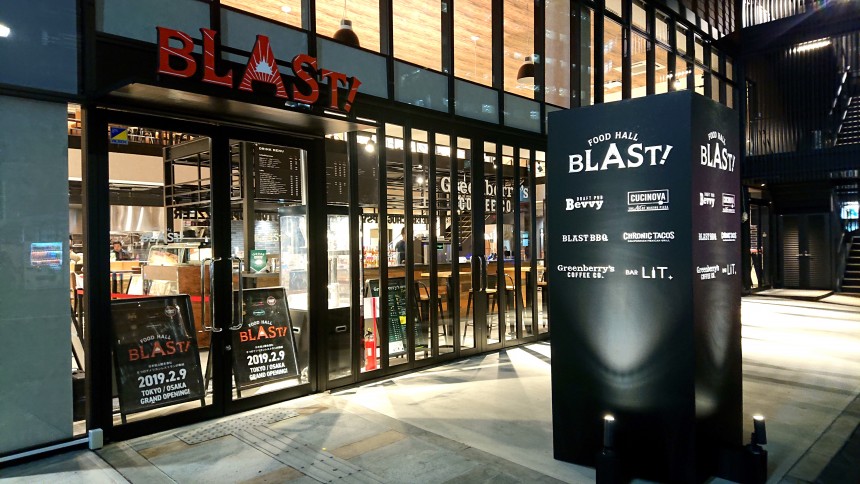 Food Hall Blast! Tokyo, the latest multi-restaurant dining experience near Shinjuku Station, encourages you to make an exception. As a new home to a handful of fast casual joints, the food hall offers diners a chance to customize their meals and oversee their creation on site. Featuring six sections, with three US-imported brands and three original store concepts, the hall brings in gourmet-style fast casual eateries in an attempt to create the ultimate amusement park for adult foodies. Restaurants include Ohio-native chain Pizza Cucinova, California’s Chronic Tacos and Greenberry’s Coffee Co. from Virginia. Other hubs include Food Hall Blast! originals such as Blast BBQ, with rows of charred meats on display; Bar Lit, a rose-tinged bar serving a variety of rosé wines; and Draft Pub Bevvy, a more traditional bar boasting a wide selection of Japanese craft beers on taps, wines and ciders.

Far from the image of kitschy shopping mall food courts with greasy fast food chains and screaming children, Food Hall Blast! elevates the atmosphere with its decor. With rows of tall windows letting in natural light, sleek wooden tabletops and a balcony overlooking the hall, the splashes of bright blues and pulsating pinks accentuate the monochromatic color scheme of the interior. The additional detail of a string of fairy lights peaking above from the rooftop completes the hip, urban warehouse aesthetic of the food hall. 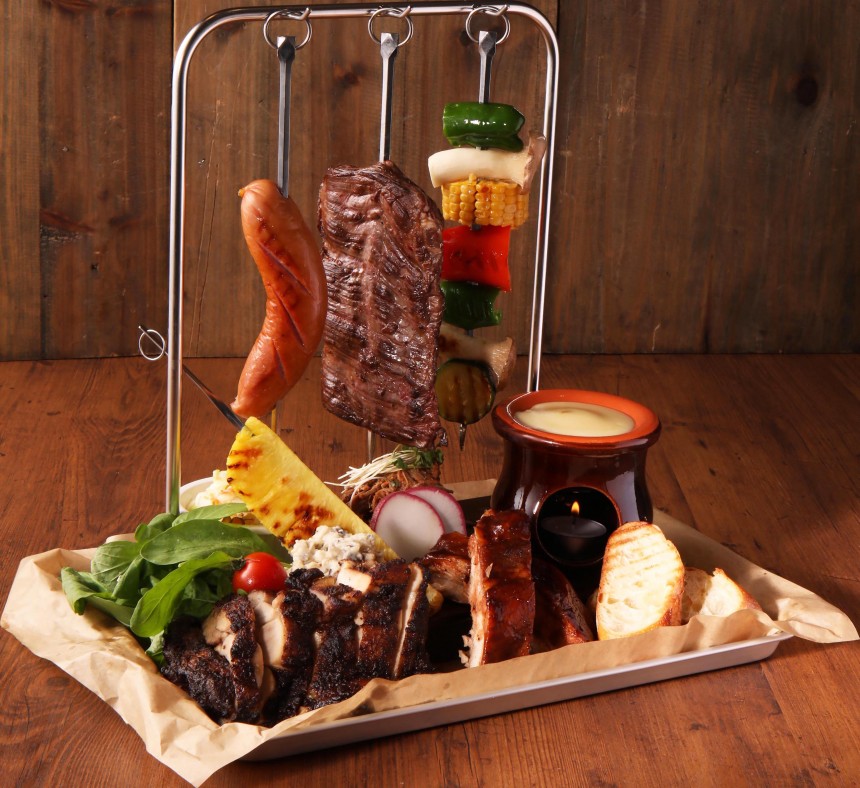 There is an organized flow to the layout of the hall, as if gently nudging the diner towards a certain path, depending on their mood. The first floor has a more casual vibe, with small bar tables and stools dispersed near each stall. Here, diners can enjoy a quick bite without having to commit themselves to the whole stay. Eateries like Pizza Cucinova and Chronic Tacos make for the ideal snack to enjoy on the go, and the option to customize their meal with 24 types of toppings makes for a memorable bite. For a night out, diners can venture to the second floor and settle for a longer meal or an evening drink. Just head on over to Draft Pub Bevvy and sample their array of regional Japanese craft beers on tap. They even have a map on a blackboard to offer advice on the qualities of each beer.

Overall, Food Hall Blast! has a casual atmosphere that caters to all sorts of needs. With free WiFi, for example, diners can stop for a quick coffee or lunch while working on their laptops, then come back again at night for drinks at the very same bar. Food Hall Blast! invites you to challenge your preconceived ideas of omakase dining in Japan. Restaurants like Pizza Cucinova, with its assortments of sauces and cheeses, encourage you to channel your playful creativity into every meal, and above all, trust your gut.

11am – 11pm (Greenberry’s Coffee Roastery Co. is open from 7am, Draft Pub Bevvy and Bar Lit. are open on Friday and Saturday until midnight)