Under the looming Tokyo Skytree is the dense shitamachi (downtown) district of northern Koto Ward. This part of the capital is criss-crossed by waterways, haunted by old industry and strewn with residential sprawl. Slotted among it all are eminently discoverable areas, enterprises once etched out of necessity, which grew into livable spaces.

One of these is the Yokojikken River, a working waterway turned warren of waterside parks and pathways forming an enormous outdoor space much loved by local residents. Close by, with its fortunes made on feeding factory workers, is Sunamachi Ginza. Both are rooted in a regenerating city of the past and both endure, important as ever; something that can be difficult to see among the jumbled crowds of inner Tokyo.

Coming to the surface from the depths of Sumiyoshi Station, the neighborhood at first seems nondescript with its busy road and blocky buildings. But not far from the station, along a street that segments the large Sarue Park, a bridge straddles the Yokojikken River. From here, the waterway cuts its route through these grids of urban life. Steps lead down to below street level, where a riverside pathway is suspended above the water. 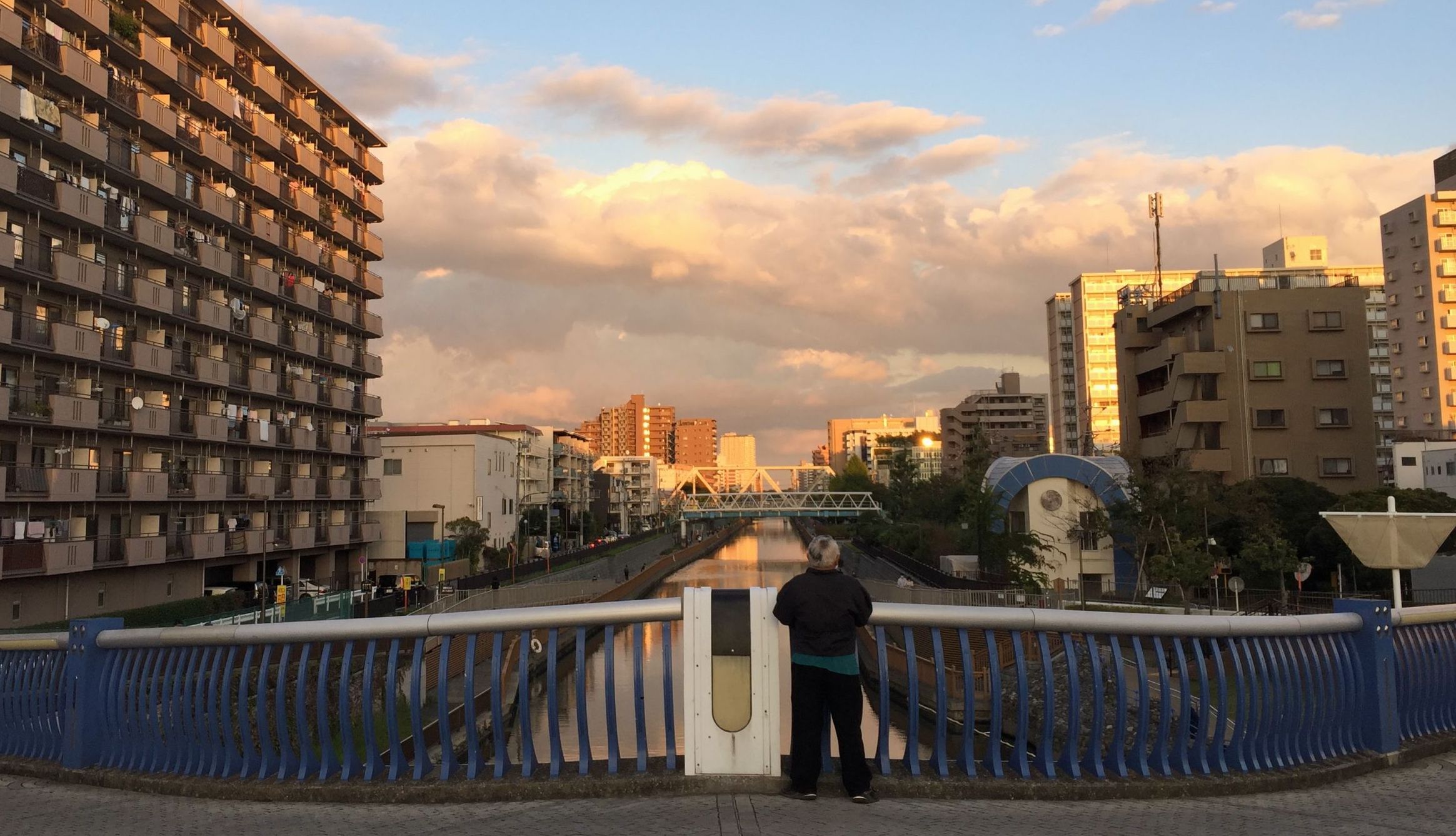 Part beautification project, part flood defense, Yokojikken River Water Park opened in 1984 — the answer to the area’s problem of being a “zero meter zone,” meaning that it is situated below Tokyo Bay’s high tide levels. Stretching for around two kilometers, this practical transformation changed the river’s surrounding area into a water park, connecting it with the even larger 3.7-kilometer Sendaibori River Park, as well as other entwining waterways.

Down beside the flowing river, it feels very much like a place made for the people: an almost subterranean retreat away from the traffic. At this time of year, the waterside walkways are animated by Tokyoites bundled up under layers beneath crisp blue winter skies.

Initially, the river walkway is not particularly attractive: a scattering of people out fishing; bikes rushing past on the clanking metal gangway. It’s a little unloved. Continue onwards, however, and Yokojikken River Water Park really starts to take shape. Flowerbeds and colorful artwork flank the river edge; riverside plazas host families waiting with bait and rods for a bite; joggers run laps around the waterside. Couples walk hand in hand.

As you meander a little further along the path, the Yokojikken and Onagi rivers intersect. Crossed by arching X-shaped bridges, the open space provides a vantage point for spotting Tokyo Skytree gleaming in the distance. This section thrives with locals — people strolling, taking photographs, meeting with friends at the weekend. Just along from here, the Water Athletics Park is a playground for children to let off some steam in the summer months (and it’ll make you wish you were a child again just for the chance to play in it). Numerous other parks neighboring the water allow for year-round activities. 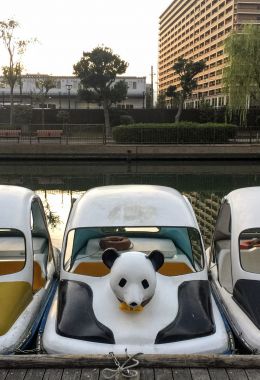 Further on, rowing boats glide by. Head out onto the water yourself at Yokojikken-gawa Waterside Park Boat house. A hundred yen gets you 30 minutes on either a rowing boat or a cute animal-shaped pedalo. Downstream, there’s another boathouse: the base for Wasen Tomonokai (和船友の会). This society preserves the wasen (traditional wooden boats) that once plied the watery highways of Koto Ward and beyond, and it offers visitors the opportunity to take a free ride in one of these pieces of history.

There’s the tempting prospect to wander and explore the multiple pathways and offshoots in this sprawling waterside area. Pockets of it have been designed for specific purposes and uses — there’s even a small rice field, and an area where children can play in the long grass next to the waterside at the point where the Yokojikken River meets the Sendaibori River. A haven for birds and other wildlife, complete with Yacho no Shima (Wild Bird Island), it’s a surprising pocket of nature in the middle of the city. Stay for a while and study the information boards: you may be able to spot some of the avian residents.

Satiate your hunger with some street-side snacking at Sunamachi Ginza. Following the Sendaibori Gawa from the nature haven, past trees, cyclists, kids skating and parkour practices, this can be found just a short walk along Meiji-dori towards Sunamachi.

Lined with food sellers serving up freshly cooked tempura and other traditional, easygoing eats, Sunamachi Ginza is a place best visited on an empty stomach. Although similar in spirit to the authentic buzz of other “ginzas” such as Togoshi Ginza and Jujo Ginza, Sunamachi is unusual because of its location. Shotengai (Japanese shopping streets) typically develop around streets that lead from train stations, but Sunamachi Ginza’s nearest stations — Nishi-ojima and Minami-Sunamachi — are a 20-minute walk away. In Tokyo terms, it’s virtually remote. But there is a reason why Sunamachi flourished where it did, without a direct train connection.

It dates back to 1930, when a collection of 30 or so stores once made up a more compact Sunamachi Ginza. Destroyed by World War II bombings in 1945, the modern-day iteration is a Showa-era (1926-89) shotengai established in 1963. As transport companies and small factories moved in, and the area’s population increased, so did small stalls and shops selling affordable food and clothing to this newly rebuilt downtown district.

Although many of the local industries have since died away or relocated elsewhere, the cheap and delicious food remains for residents, leaving a lasting legacy of a shotengai without its own train station, but still with plenty of people to cater to.

Dubbed by locals as an okazu yokocho, or “side dish side street,” due to its vast selection of prepared foods, Sunagin (its colloquial nickname) has drawn attention from foodie fans and tourists looking to get deeper under the skin of Tokyo, away from hot spots like Asakusa. 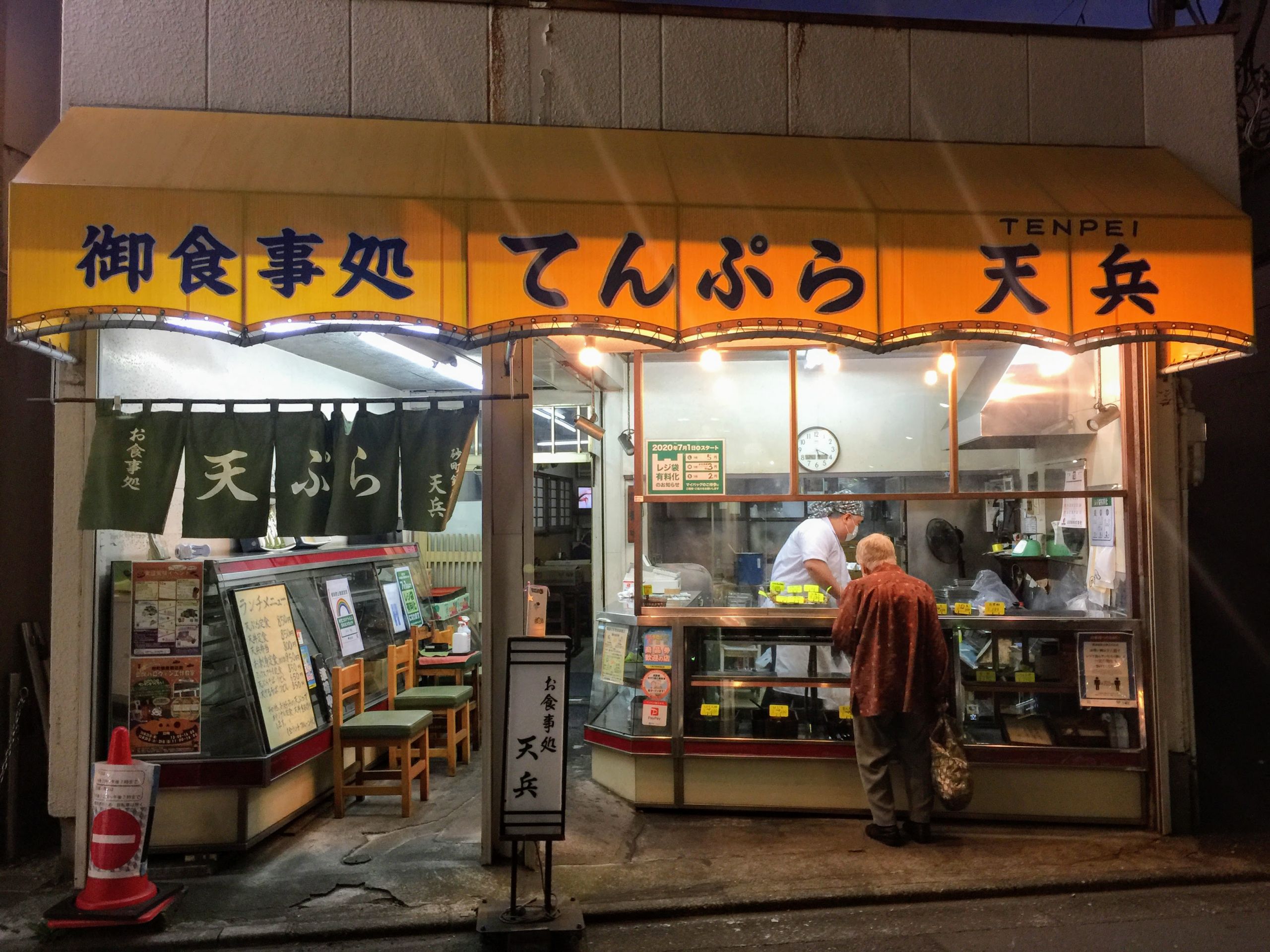 Head to Sunamachi Ginza’s shotengai for an impressive lineup of cheap, locals eats and street-food delights.

Walking down here as the sun goes down, the shotengai is vibrant. People line up for their go-to snacks and dishes for dinner from one of the 140 shops. This isn’t a hip place: you won’t find any of the reusing of old shops for aesthetically stylish cafes and neo-izakaya here. Instead, it’s 670 meters of auntie-owned establishments.

The district’s Shopping Street Promotion Association aims to attract visitors from outside, worried about competition from big supermarkets drawing local trade away. Sunamachi Ginza actively embraces outsiders with open arms. But the shotengai seems like it’s anything but struggling. In a neighborhood that’s bordered by residential apartment blocks and houses, it’s primarily a place that serves the locals who want easy, affordable food on their way home.

At this time of year, decorations and clearing out in preparation for the start of the new year bring an air of anticipation. A visit to this unassuming slice of Koto Ward, its waterside and the nearby ginza, affords a wholesome moment — time to replenish and refresh before the start of a new cycle.

Love exploring Tokyo? Check out the rest of our Heartlands series and discover more of Tokyo’s lesser-known neighborhoods: