Glaswegian techno heavy hitters and co-founders of one of the UK’s leading techno record labels, Soma Records, Slam will be pumping out their hard, deep sounds from VENT’s impressive sound system for the first time in March. Having carved out a career spanning over 25 years, the highly influential DJ/producer duo continue to be at the forefront of the ever-evolving techno scene. Coupled with VENT’s much lauded cutting-edge flat speaker technology within its intricately designed space, their powerful beats should produce an audible experience that won’t leave your ears bleeding. 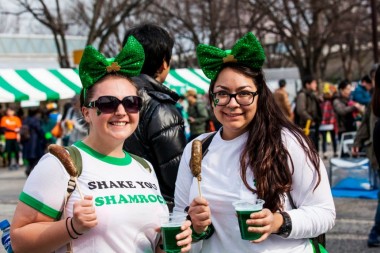 For Irish and the Irish diaspora St. Patrick’s Day is one of the most important days of the year. A chance to get together with friends and family and head to the pub to guzzle down their national drink — the glorious Guinness. Japan has embraced Irish culture for years and the I Love Ireland Festival, held in Yoyogi Park, promises to be a great booze up with additional activities such as live Irish music performances, food and drinks to devour and an opportunity to join the St. Patrick’s Day parade in Omotesando on the Sunday.

Hanayashiki, Japan’s oldest amusement park, becomes Lumiyashiki (illumination + Hanayashiki) at night until the end of March. In addition to lighting up the whole park, there will be some water shows and attractions exclusive to Lumiyashiki. This includes obake yashiki kyoku (a Japanese-style haunted house) that creates a distinct atmosphere through the use of illuminations. If you’re a fan of dazzling lights, theme parks or even simply Japan, this is a great place to try. This March is the last chance (this year) to enjoy illuminations and water shows, along with usual attractions including Japan’s oldest moving roller coaster.

Hoosier Jim Gaffigan becomes the latest big name comic to hit Tokyo. He’s a giant of the American comedy scene and has sold out Madison Square Garden so it’ll be interesting to see how he fits into the much smaller and more intimate Nissho Halls in Toranomon. Gaffigan is the antithesis of potty-mouthed Doug Stanhope who played last year in Roppongi. Well-mannered and more mainstream his comedy is more family-friendly and will almost certainly sell out so get in quick for tickets.

So successful was British comedian, actor and playwright Trevor Lock’s Tokyo debut earlier this year, he’s back already to serve up another dose of his celebrated one-liners and hilariously true stories. Starring in all three series of Channel 4’s British Comedy Award winning, BAFTA nominated show Star Stories, his special, Trevor Lock’s Community Circle, has been described by The Scotsman as “a masterclass in comedy performance.” If your sides have recovered enough or you missed out first time around, don’t miss this bonus chance to laugh off those winter blues. 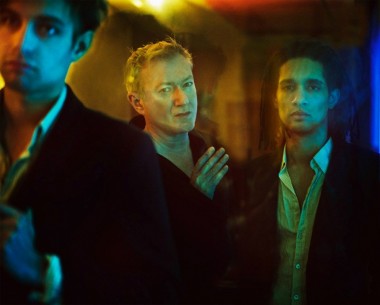 Legendary UK post-punk band Gang of Four are back in Japan for two shows in Tokyo (at duo Music Exchange on the 12th and Unit on the 13th), their first for six years. Despite guitarist Andy Gill being the sole representative from the original line-up, the group will be belting out their iconic 1977 debut album Entertainment! in full, along with other favorites — including songs from their 2012 offering What Happens Next. With a string of high profile musicians such as Tom Morello, Flea and many more from the recent post-punk revival scene citing them as influences, their 40th anniversary celebrations this year are bound to exude a highly energetic evening’s worth of entertainment.

Troubled and candid musician John Grant broke into the big time with his debut solo album Queen of Denmark in 2010. Formerly of The Czars, Grant has made a successful solo career out of his emotional and mental anguish which resonates with so many fans across the world. He comes to Tokyo for a pair of gigs at Tokyo Kinema Club to celebrate the release of his acclaimed latest album Love Is Magic. A must for the sensitive souls of Tokyo.

Years and Years smashed their way onto the world stage with their first album in 2015, debuting at #1 on the billboards — and yet still this second album is better. Highly anticipated, Palo Santo brings a sound that is familiar and reminiscent even, while at the same time matured with notes that held “something of the crystalline magic that ran once through the Jackson family fingertips,” according to Billboard Radio China. 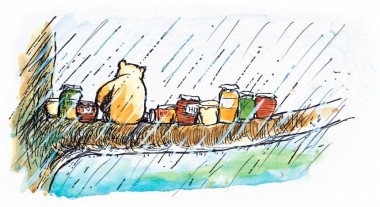 Winnie-the-Pooh, the world famous honey-loving bear penned by A.A. Milne and illustrated by E.H. Shepard, is having a dedicated exhibition at the Bunkamura Museum. Organized by the UK’s Victoria and Albert Museum, which holds the largest collection of Shepard’s pencil illustrations, the exhibition is a chance to revel in nostalgia and discover the origins of the anthropomorphic teddy bear through drawings, manuscripts, proofs, photographs and much more.

While Tokyo’s own art fair is less well known than those of Hong Kong or Miami, we can say with confidence that it is no less worthy. The art fair is a collaboration — free exhibits as well as paying spaces, up and coming artists as well as world-famous ones and antique as well as contemporary art. 31 embassies. Dozens of universities. 160 private galleries. This is how to celebrate art. If not the fair itself, make sure you make it to one of its concurrent satellites: Projects, Crossings, World Art and Future Artists.

The Tokyo Metropolitan Teien Art Museum is currently hosting the largest exhibition ever of the surreal photo collages of Toshiko Okanoue. Now 91, Okanoue burst onto the art scene in the 1950s when her work came to the attention of Shuzo Takiguchi, a leading figure in Japan’s Surrealism movement. Using images cut from imported magazines including Vogue and LIFE, she explored themes of war, femininity and relations between the sexes.